Traders Got Lesson In The Spring Gasoline Rally

Traders got a lesson in the phenomenon known as the spring gasoline rally Friday as 6 cent losses sparked by the early “risk-off” selling across stock and commodity markets was essentially wiped out by days’ end, with nothing fundamentally to point to for the reversal. That momentum carried through the overnight session, with RBOB futures once again punching through the 200 day moving average (the resistance which had been given some credit for the selloff last week) and has reached fresh 4.5 month highs.

While the rest of the complex also saw a strong recover rally late in Friday afternoon’s trading, Oil and Diesel prices merely returned to the middle of their March trading ranges, and aren’t yet showing signs of being willing to join gasoline’s spring breakout rally.

Baker Hughes reported a drop in the total US Oil rig count for a 3rd straight week Friday. Texas saw a decline for a 9th straight week, and the state’s total dropped below 500 for the first time in a year. As the chart below shows, the Permian basin has accounted for more than half of the country’s total drilling rig count since the last price collapse, so as activity in TX slows, the national total goes along for the ride.

Money managers snapped a 9-week streak of increases in the Net-Long position (bets on higher prices) in Brent crude oil last week. Although the large-speculators increased their net long holdings in WTI for a 2nd week, (the CFTC data finally caught up from the govt. shutdown) both of the major oil contracts are seeing below-average length for this time of year. That lackluster participation by large funds could be a reason why the oil price rally can’t seem to sustain itself lately, or it could become a catalyst for the next push higher if the speculative money sitting on the sidelines decides it’s time to get back in the game. 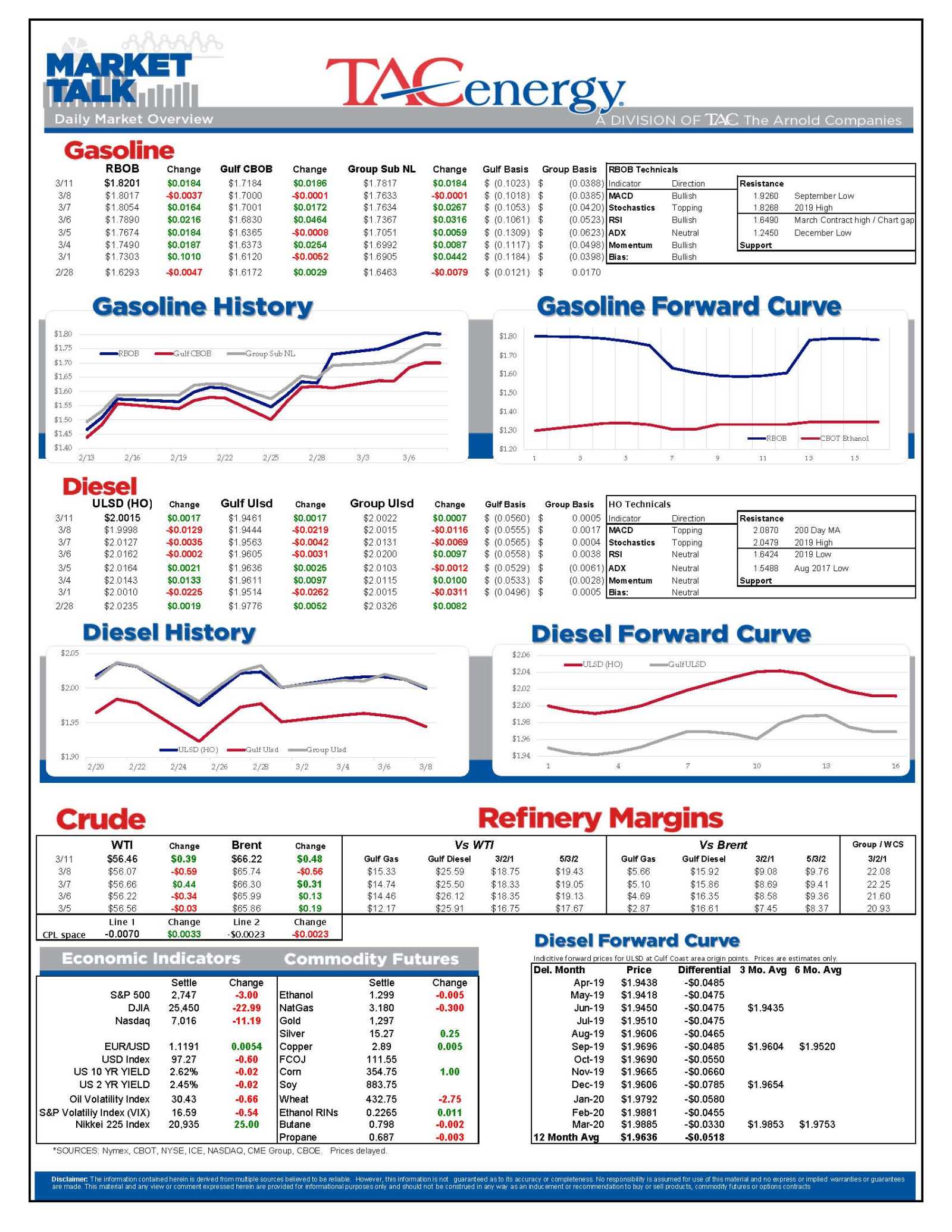 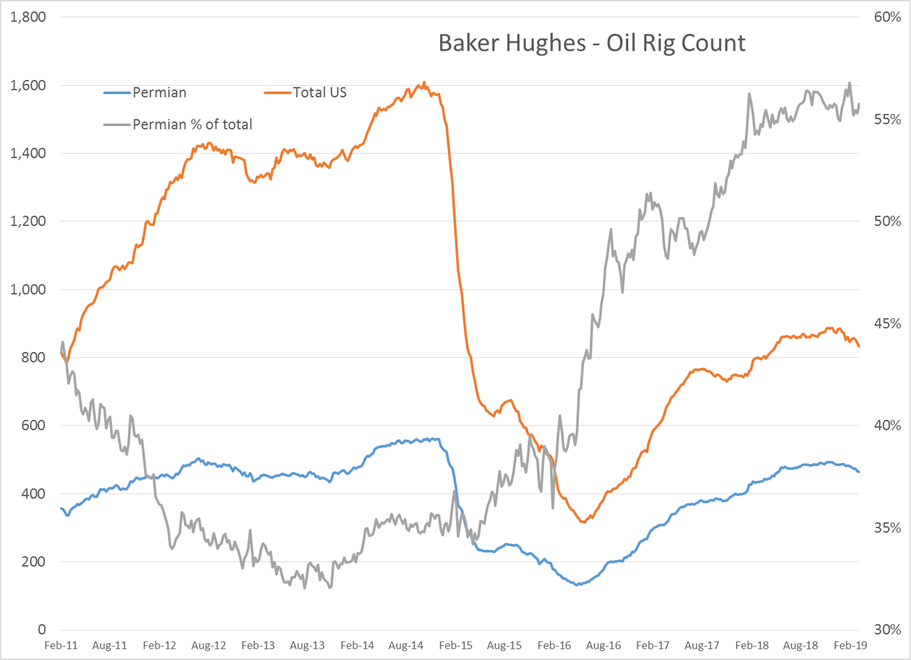 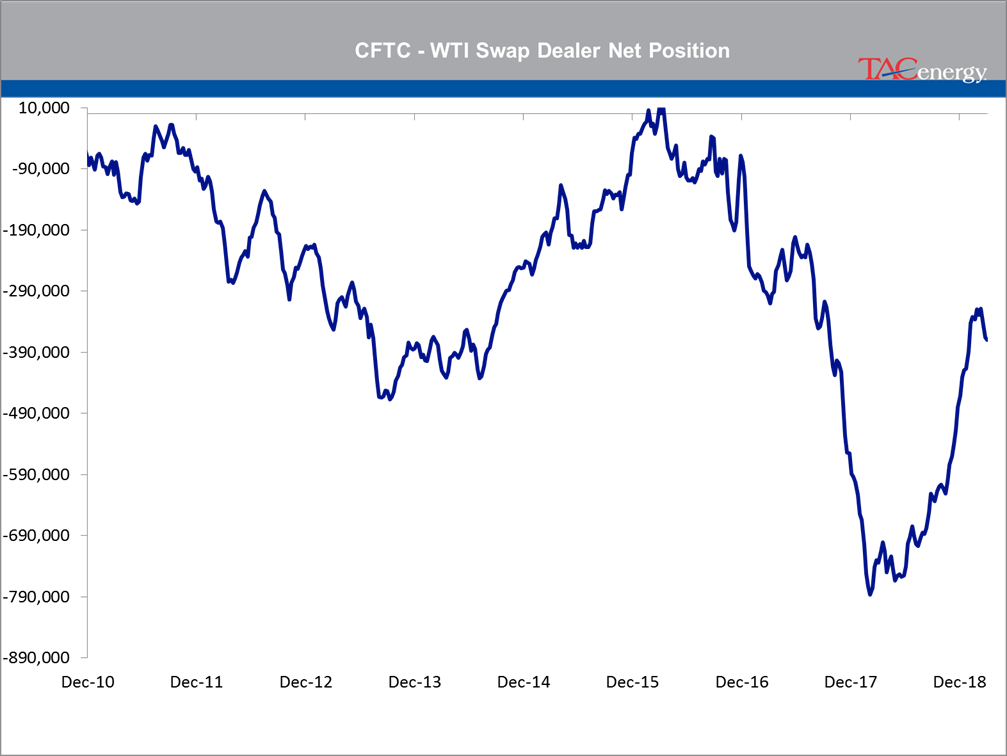