Energy prices are moving higher for a second day, but are trading below where they were this time yesterday when the runaway vaccine rally was in full force. The pullback in prices Monday afternoon seemed to follow the lead of U.S. equity markets that  gave back most of their euphoric gains from early Monday morning, as the reality of logistics and timing with the new vaccine started to set in. The high water marks from the early run up set the near-term resistance layers that will determine if we see a strong November rally in prices, or just a return to the sideways shuffle that’s been going on since June.

Physical gasoline markets were less enthusiastic Monday, with basis values across most U.S. spot markets sliding and offsetting some of the big gains in RBOB futures. The reality seems to be that the seasonal demand slowdown is already upon us, and any pickup in demand from a vaccine isn’t likely to start until next year.

Tropical Storm Eta is back over open water in the Gulf of Mexico after lashing south Florida with heavy rain over the weekend. The latest forecasts have it heading towards the Florida Panhandle this weekend, but AL, MS an Eastern LA are still in the forecast cone, which brings several refineries into its potential path. The good news is that even though this storm could again reach hurricane strength over open water this week, it’s  expected to lose strength as it approaches land for the fourth time in its long and winding path. With winds dropping into the 35 mph range there should be minimal damage, but heavy rains and power outages will still be a concern.

Tropical Storm Theta set the all-time record for named storms in a single season at 29 when it formed in the open Atlantic overnight. That storm is heading east towards Portugal and will not threaten the U.S.

Meanwhile, another tropical wave is given 70% odds of developing into the 30th named storm of the year  over the next five days. As we have seen already this year with hurricanes Delta, Zeta and Eta, the warm Caribbean waters can spark rapid development once these storm systems get organized.

The latest in the rapidly changed refinery landscape:  Shell announced more capacity reductions at its facilities in Singapore.  Delek laid off workers and is deferring maintenance work at its Krotz Spring plant to 2021, and BP announced a new hydrogen project at the Lingen refinery in Germany.  That project aims to produce hydrogen from water using electrolysis, and replace some of the natural gas based hydrogen that’s produced at the plant currently. 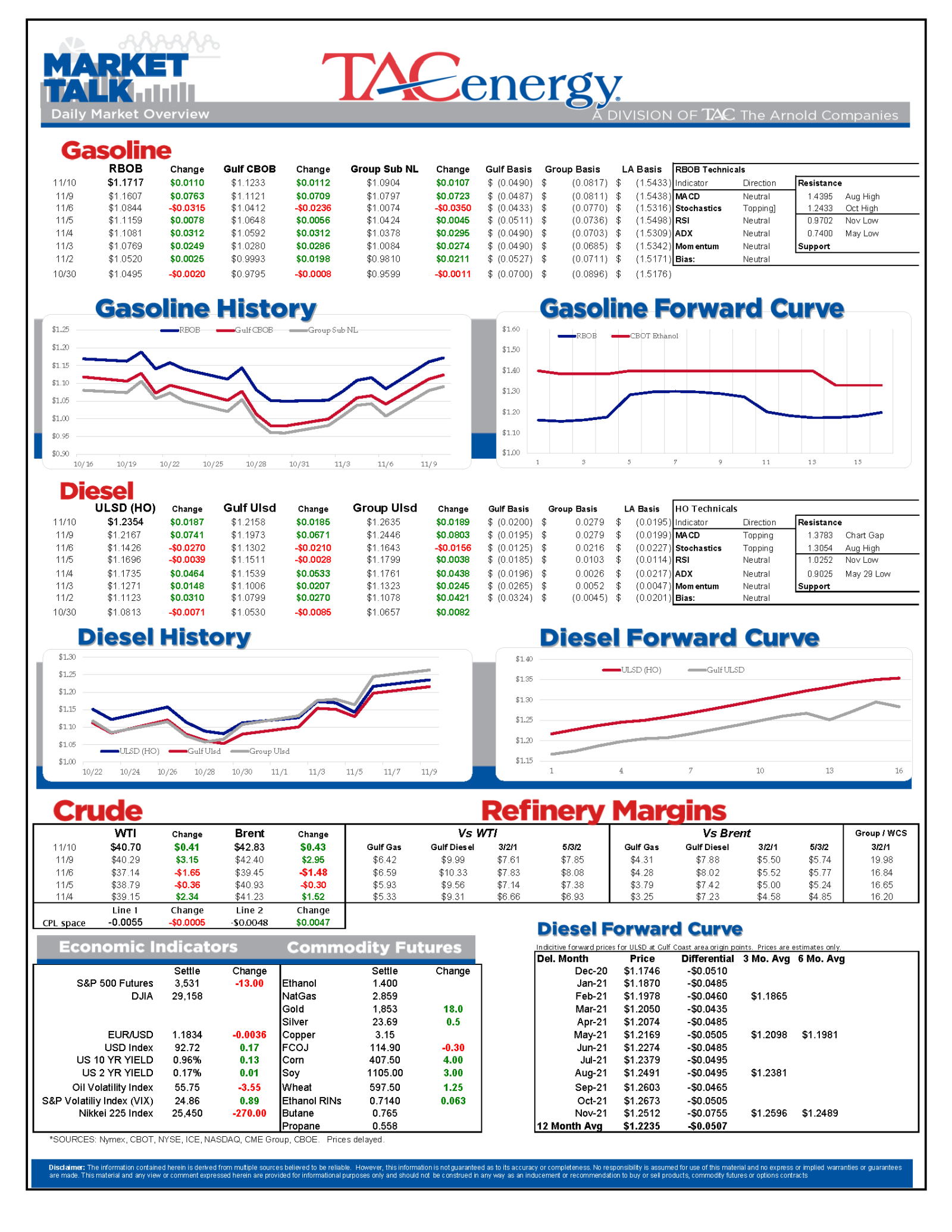 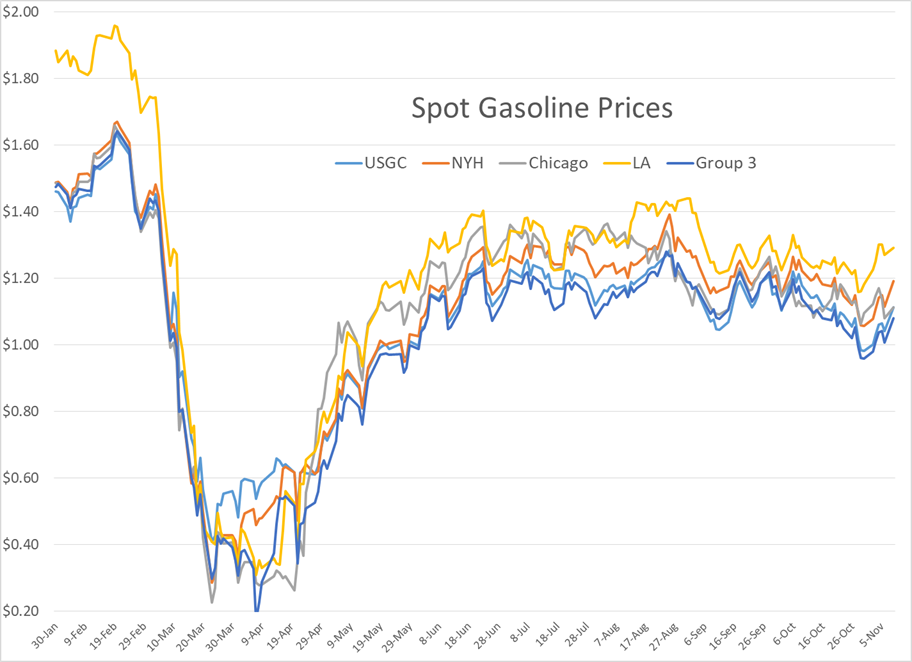 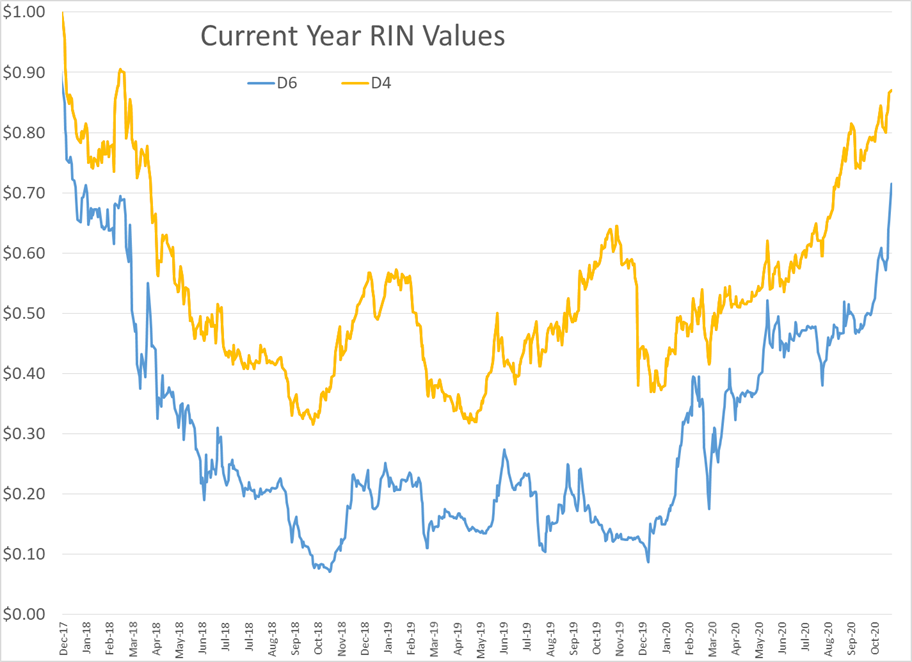