Drop In Oil Stocks And A Major Refinery Closure

A large drop in oil stocks and confirmation of a major refinery closure sent the energy complex soaring on Wednesday, but those prices are coming back a bit this morning as a less bullish fundamental picture begins to take shape.

Yesterday’s DOE report – headlined by a huge 12 million barrel decline in crude stocks - came out around the same time as reports that city & company officials were confirming that the PES refinery would be closed down next month.

While futures reacted strongly to the news, with RBOB up a dime at some points during the day, cash markets took the news in stride as it appears the Atlantic basin has enough supply available to fill in the gaps. There is also a sense that the explosions & fire at the refinery only moved up the inevitable closure of that refinery which was already struggling after emerging from bankruptcy last year, handicapped by high operating costs and a lack of favorable crude-buying economics based on its location.

The 12 million barrel drop in crude stocks was the largest weekly decline in nearly 3 years. Domestic production dropped for a 3rd consecutive week, the first such stretch of declines since the last price collapse.

The large decrease can largely be explained by a sharp decline in oil imports along with a strong increase in exports – which reached a new record high of 3.77 million barrels/day last week - making it more likely that we’ll see a correction in the next couple of weeks.

It’s not just oil exports that had a big week, both gasoline and diesel exports saw large increases as refinery production ramped up. Those export figures can go a long way to explaining why the market reaction to the PES news hasn’t been more dramatic, since the US is already producing more refined products than it can consume, this situation becomes one of logistics (shifting Gulf Coast exports to the East Coast) rather than capacity.

Speaking of which, the first two charts below show the historical refinery run rates for PADD 1 (East Coast) and total US, before and after the PES closure. As you can see, there will be a dramatic impact on the East Coast run rates, but the US total hardly changes since the Gulf Coast already produced roughly 10X the products as the East. In addition, the US had added 220mb of refining capacity in the past year, which would cover most of the expected decrease from this plant being shuttered.

So, where to from here? With OPEC and G20 meetings coming in the next week, it seems like we’re due for some sideways trading as the market goes into a short-term “wait and see” mode. 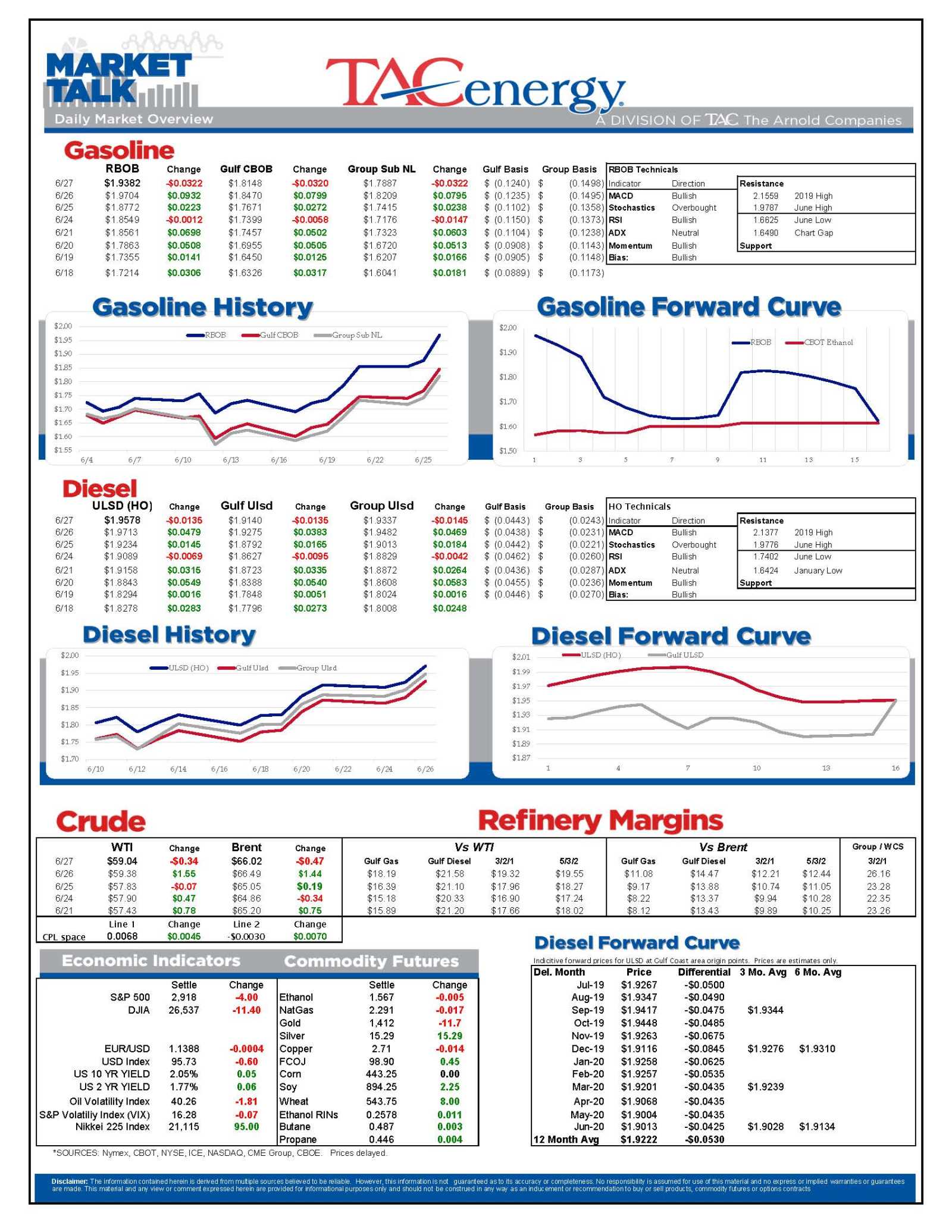 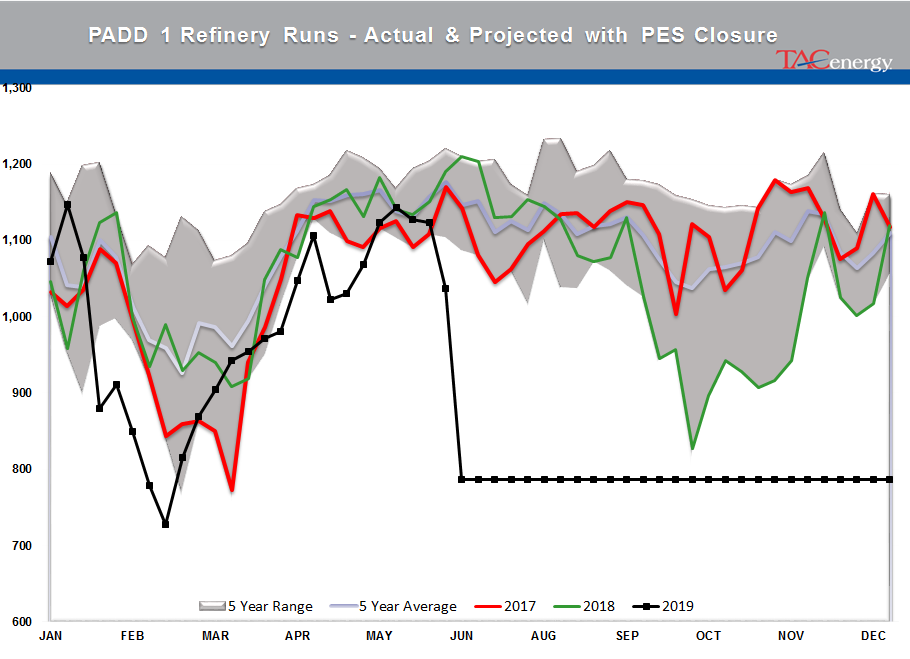 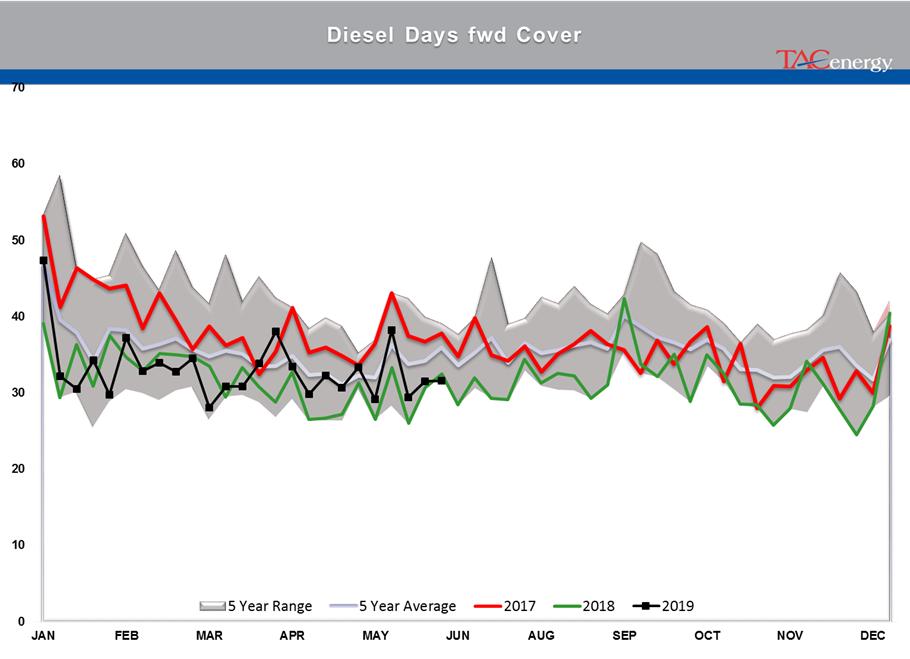