The ceiling on energy prices is intact for now and futures are slipping after failing to break through to the upside on Wednesday. A pair of negative monthly reports from OPEC and the IEA are getting credit for the pullback, while technicians will tell you this type of selling is normal when chart resistance repels a rally. The drop in prices after a dramatic November rally has been minor (and as this is being written WTI has moved back into positive territory) suggesting we are likely to see another test of that price ceiling again in the near future.

OPEC’s monthly report reduced its demand outlook as consumption in the America’s was below expectations and new COVID-containment measures in Europe are reducing transportation. In addition to the worsening demand outlook, the OPEC report showed the cartel’s output increased in October as Libyan production (which is exempt from the output cut agreement) started to come back online. What could be worse is that Libyan output increased to 454,000 barrels/day in October, and is expected to reach one million barrels/day in November, putting more pressure on the market.

There has been concern that the regime change in the U.S. may mean more Iranian oil comes back to the world market just in time for no one to need it, further adding to the bleak fundamental outlook. Not so fast, according to a new IAEA report, Iran’s enriched uranium stockpile is 12 times the agreed upon amount, making the removal of sanctions much more complicated, and making it less likely that the world will smile upon a new deal this year.

The IEA’s monthly oil report shows a similar pattern as OPEC with demand expectations slipping while supply increases. The IEA’s report also threw some cold water on the vaccine optimism that swept global markets earlier in the week suggesting there will not be a significant impact in the first half of 2021. The count of global refinery permanent shutdowns stands at 1.7 million barrels/day, but “Significant structural overcapacity” remains with approximately 20 million barrels/day of temporarily idled distillation capacity worldwide, suggesting more closures are coming.

Right on cue, Scotland’s lone refinery announced that two units idled due to the drop in demand this year will be shuttered permanently.

Eta made a second landfall in Florida north of Tampa this morning, as a tropical storm with sustained winds around 50 mph and is moving across the state, heading for Jacksonville this afternoon before reemerging in the Atlantic. The storm’s path and relative lack of strength means it should not disrupt port traffic for long. The tropical wave churning in the Caribbean now has 90% odds of being named, and we should know early next week if it will be yet another Gulf Coast threat. 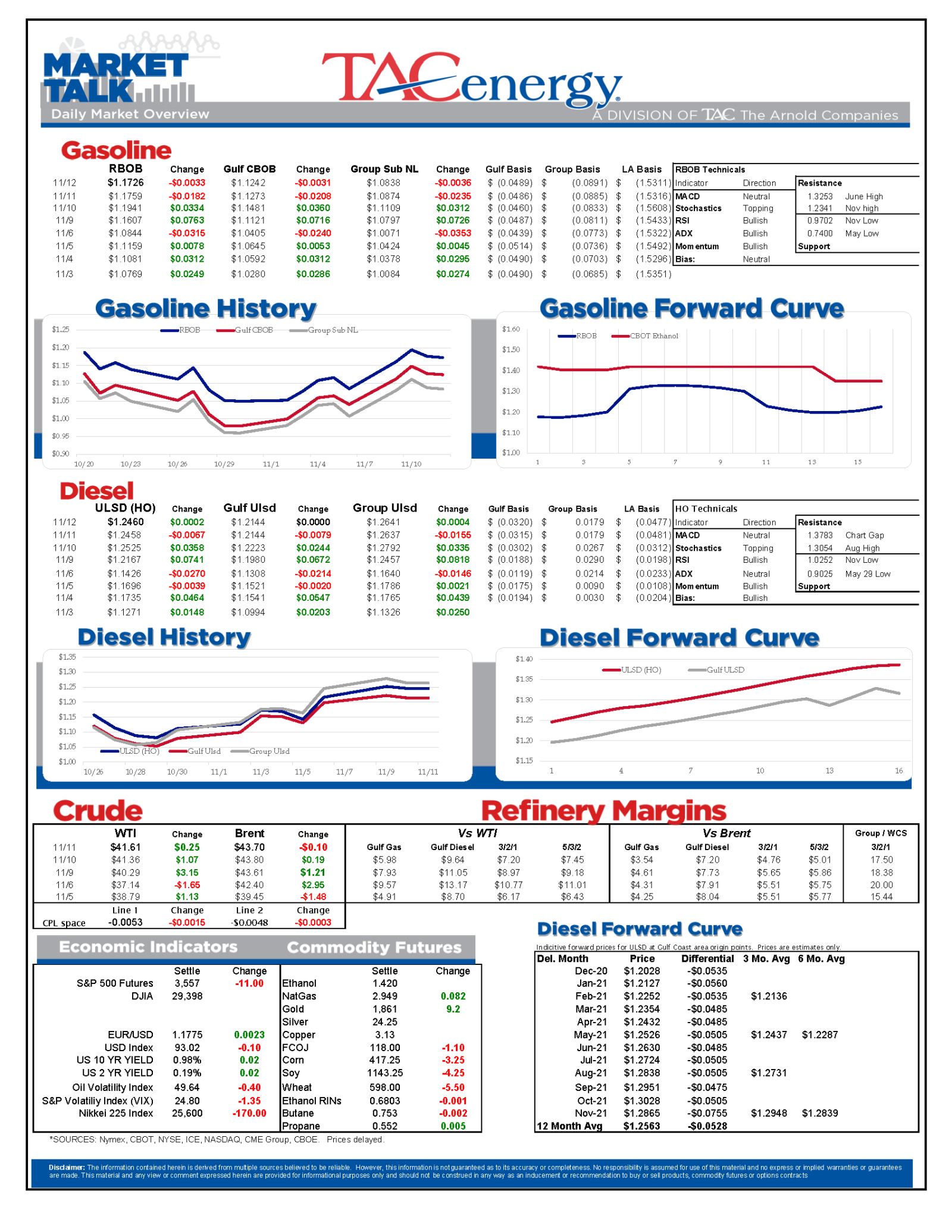 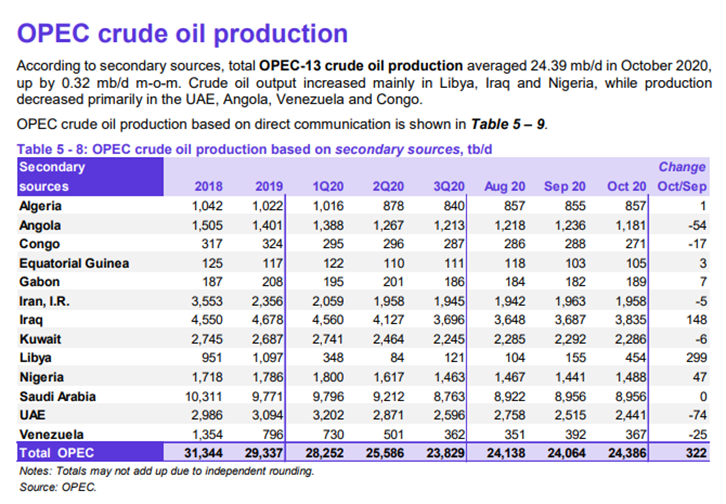 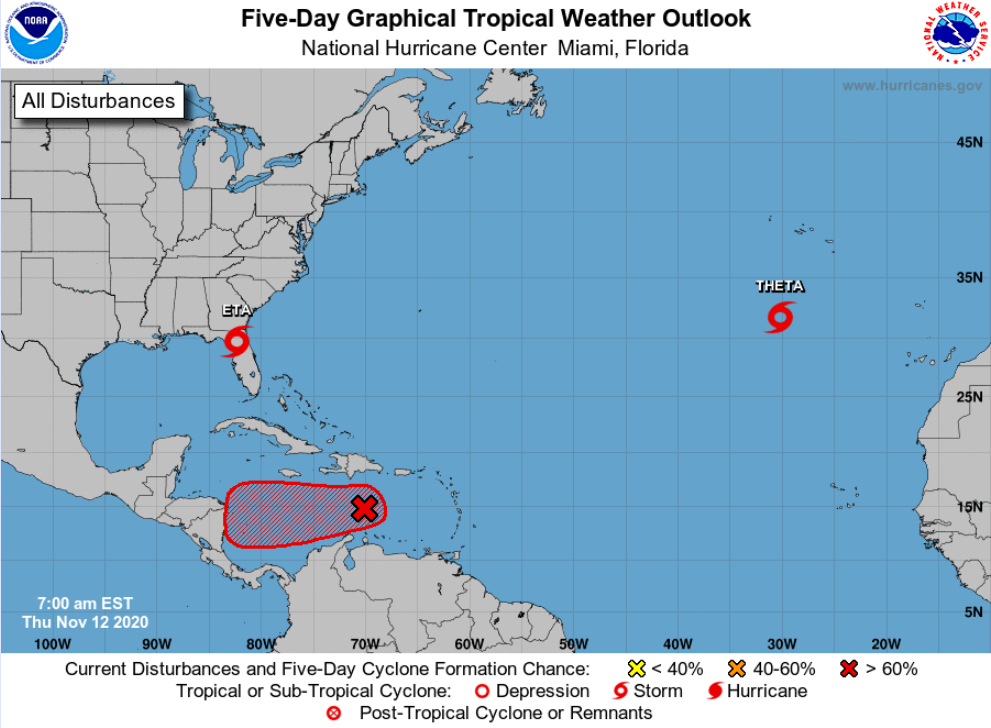