Another Day Of Crude Up And Products Down

It’s another day of crude up and products down as renewable fuel credits continue to be the big story driving the price action for gasoline and diesel.

The RIN collapse has picked up speed, with D6 (ethanol) values dropping from $1.99 last Thursday to $1.25 this morning, already trading 20 cents lower from where they left off yesterday afternoon. D4s haven’t fallen quite as hard, with the spread between D4 & D6 expanding during the collapse, but they’ve still wiped out 6 weeks of gains in less than 4 days. The sellers are back out this morning, with offers already 7 cents below where they left off yesterday, which is adding to the downward pressure on refined product prices. If prices hold below $1.30, the charts suggest the next stop may not come until prices reach the $1 area, which may sound extreme, but then again that’s where prices were less than 4 months ago.

A new credit bubble brewing? While the latest RIN bubble has popped, values for California Carbon Allowances (CCA) have gone parabolic recently, even as their counterpart LCFS credits have fallen. The CFTC’s report may offer the best explanation with a surge in long positions held by money managers, in what appears to be hedge funds trying to cash in on the carbon craze.  With a race to produce new credit generating fuels ranging from traditional biofuels, to Renewable diesel, biogas, and numerous carbon capture projects, those funds may end up heading for the exits and causing those values to crash.

Tropical storm Bill has come and gone, but the system churning in the Gulf of Mexico is now given 90% odds of developing over the next 5 days and appears to be heading towards the heart of refining country. It may be too early in the season, and the waters not yet warm enough, for this to become a major threat, but then again the pattern the past few years has been for storms to exceed early intensity forecasts so we’ll need to watch this one closely through the weekend.

The API reported a large crude draw 8.5 million barrels, while products built by 2.8 million barrels for gasoline and 1.9 for distillates. The DOE’s weekly report is due out at its normal time this morning. After last week’s report showed large declines in implied demand estimates (which are running counter to anecdotal evidence of retail sales) it seems likely we could see a bounce back in those consumption estimates this week. 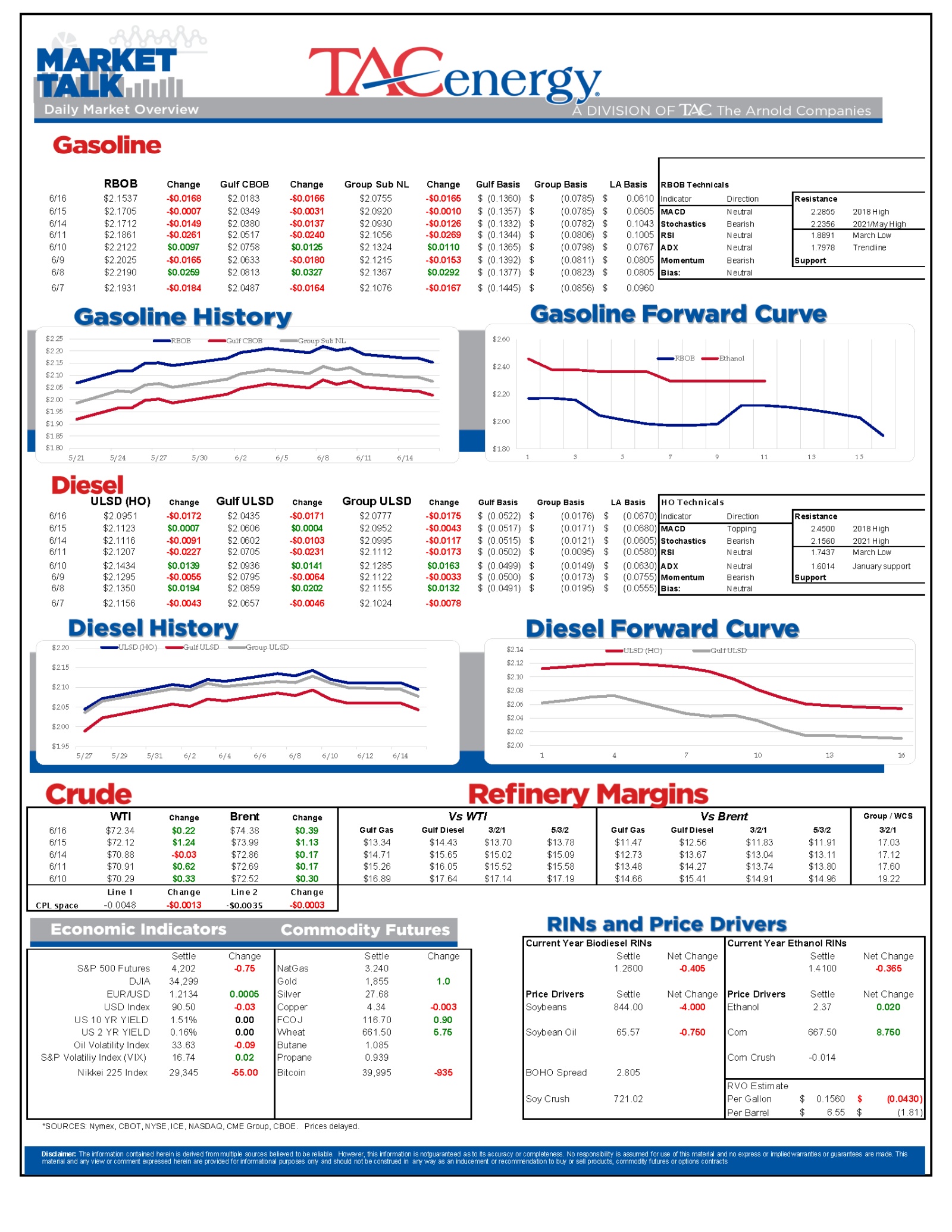 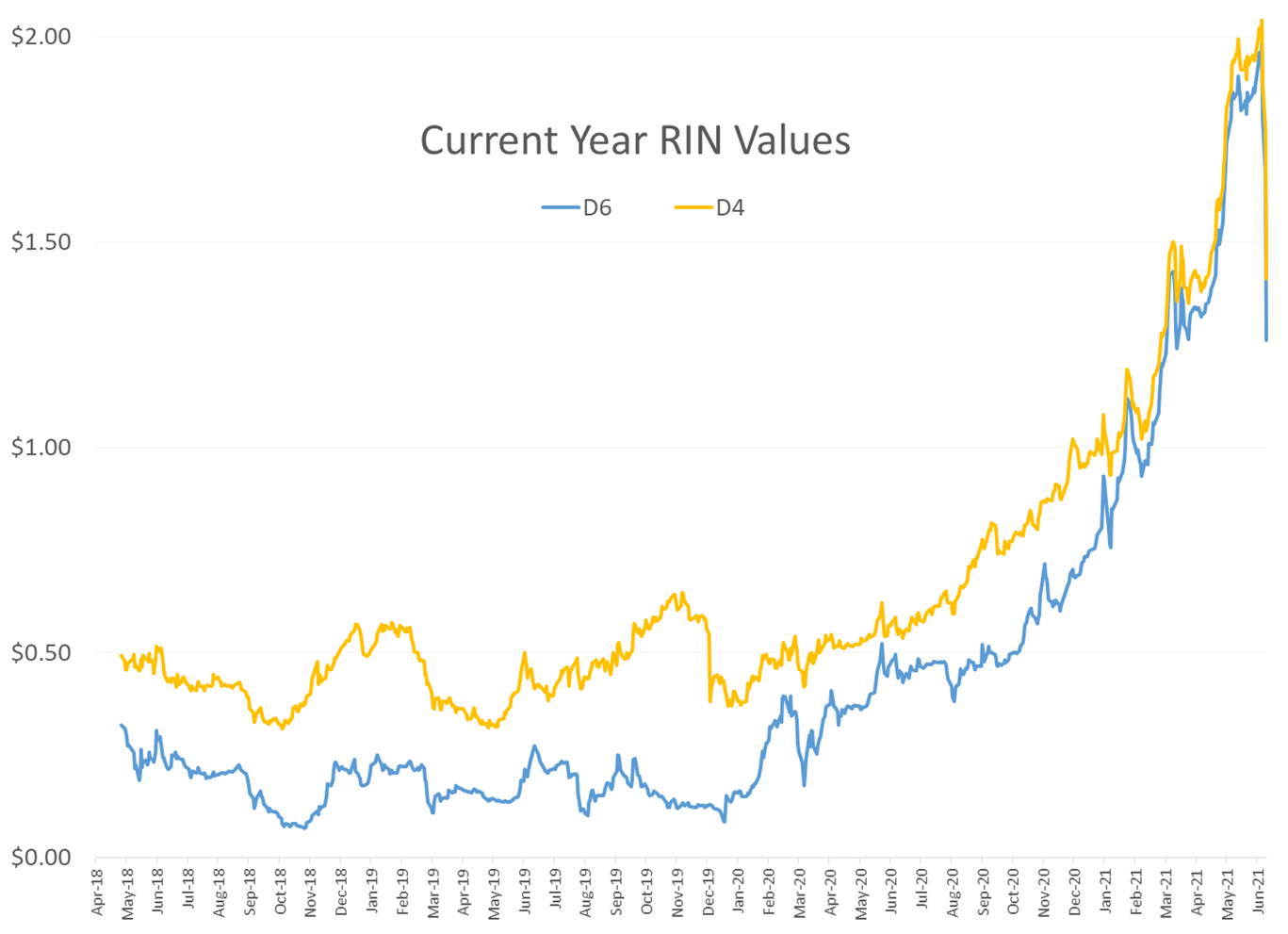 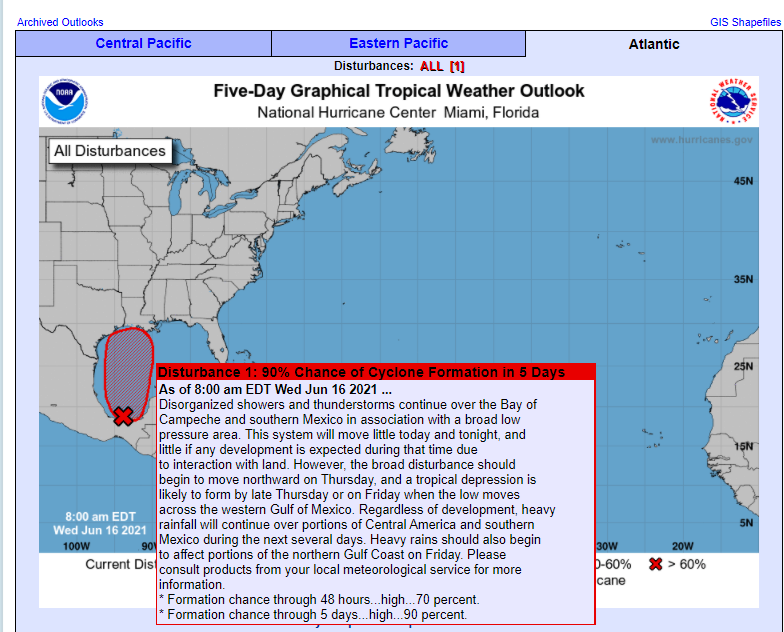