A Day Of Chaos In Washington

After a day of chaos in Washington, U.S. markets are starting out in quiet fashion to start Thursday’s session. Energy futures reached new 10-month highs overnight, and seem to still have room to run higher from a technical perspective, while current fundamentals are throwing a giant red flag to challenge this rally.

Wednesday morning we learned about a threat to attack the U.S. Capitol by Iranian factions, Wednesday afternoon saw a much different attack on the building. While people all over the world reacted to the shocking videos from Washington, markets seemed to largely ignore story, and continued on their way overnight as if nothing had happened.

The Senate looks to have been flipped as Democrats have taken both Senate seats in the runoff election, which should mean more new legislation in 2021. Economic stimulus and climate change policies appear to be at the top of the list for those new laws, which could well be bullish for energy prices near term, and bearish for the energy industry long term.

Futures markets seemed to choose to look at the big drawdown in crude oil stocks last week (which can be largely explained by year-end tax avoidance efforts holding crude offshore) and ignored the large builds in refined product inventories driven by one of the largest weekly demand drops on record. It’s not unusual for the first week of January to be the worst week of the year for consumption due to the holidays shutting down many businesses, and with COVID shutting down much more that decline is not too surprising, the question is whether or not we’ll see a sharp recovery in the next two weeks.

As expected, the RIN market reacted most dramatically to the senate election results with both bio and ethanol RINs reaching new three-year highs in the early morning, but then trading dried up in the afternoon.  We saw a similarly wild trading pattern after the last presidential election with prices soaring north of $1/RIN, only to drop by 70% in the next few months. It seems unlikely we’ll see a similar move this time given the polar opposite stances on renewables between the Presidents, but with the mandated market for RINs, nothing is certain. 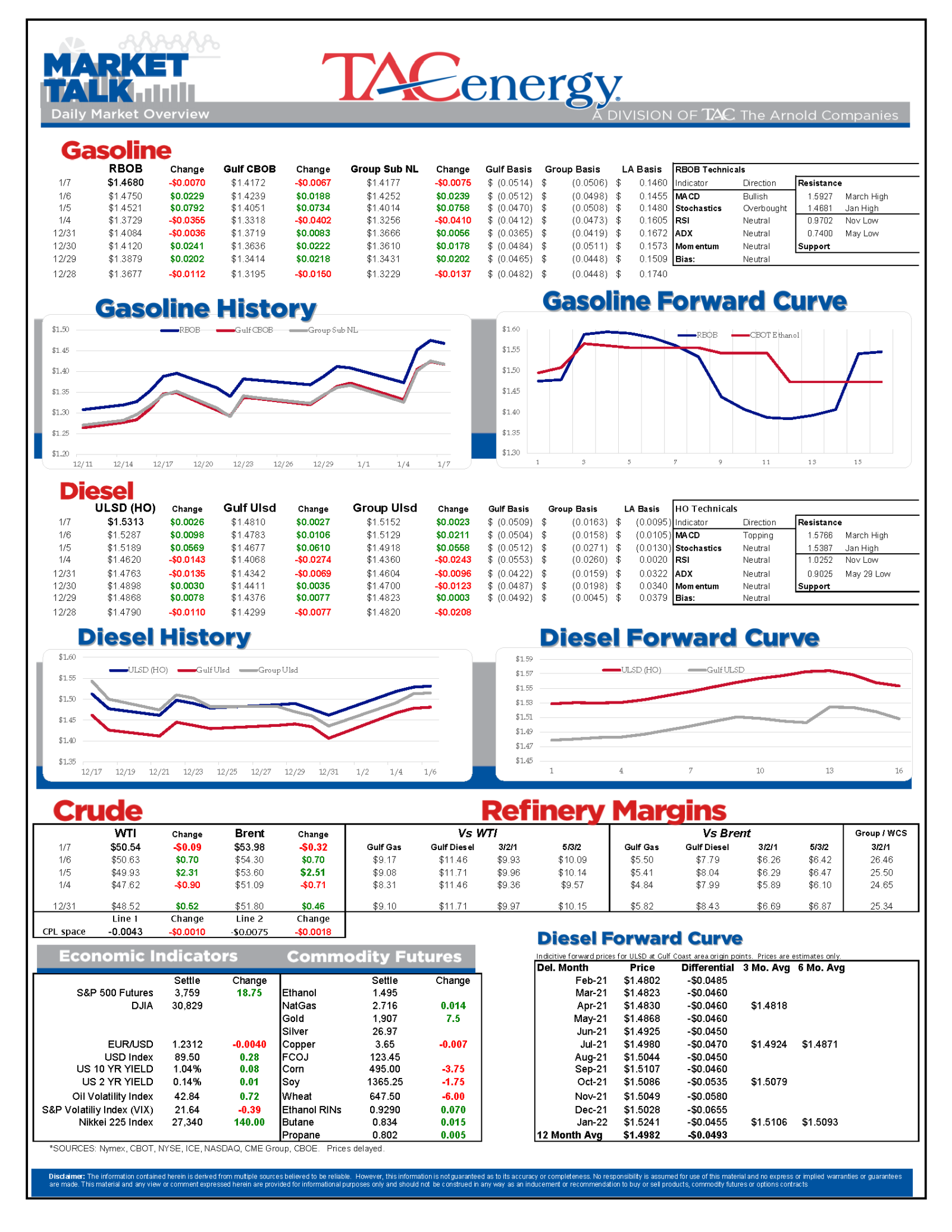 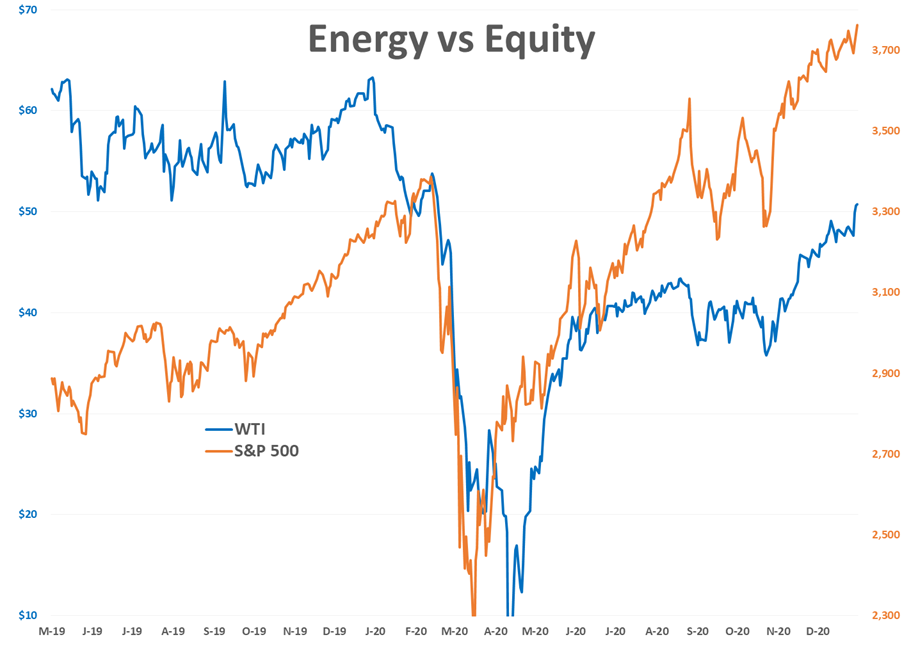 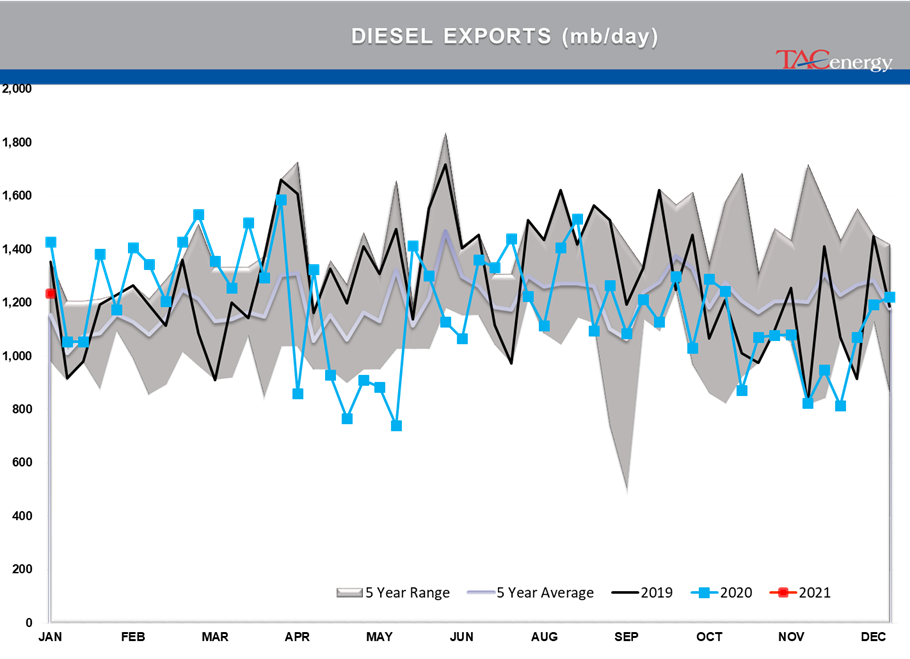