Yesterday’s early selling gave way to buyers later in the day and both gasoline and diesel futures contracts ended Monday’s formal trading session with (relatively) modest gains. The sellers are back this morning however, citing fresh Chinese oil demand concerns and a stronger US dollar as reasons enough to continue pushing the energy complex lower to start today. US crude oil and gasoline benchmarks are leading they way lower this morning, both coming down around 4%, the prompt month diesel contract is lagging behind, trading only 2% lower.

OPEC’s monthly report released this morning said the cartel expects a slowing in oil demand growth for 2023. The report listed a couple of key assumptions in their figures: no escalation of the war in Ukraine and no significant deceleration on global economic growth from inflation. While economists are continually monitoring the impact from inflation, trying to figure out what the Kremlin will do feels more like reading tea leaves.

While certainly not driving the price action, Austria’s announcement that they will be releasing some of their diesel reserves surely isn’t hurting today’s bearish sentiment. This product release comes after the country sent gasoline and diesel to the market on June 4th in an effort to ease supply constraints caused by its largest refinery suffering some unexpected downtime.

A disorganized group of storms are currently churning off the Louisiana coast this week, largely serving as rainmaker around the New Orleans area. The National Hurricane Center gives the system a low 30% chance of cyclonic development over the next five days. Not enough to worry, but enough to be wary, especially this year which is expected to have a busy Atlantic hurricane season. 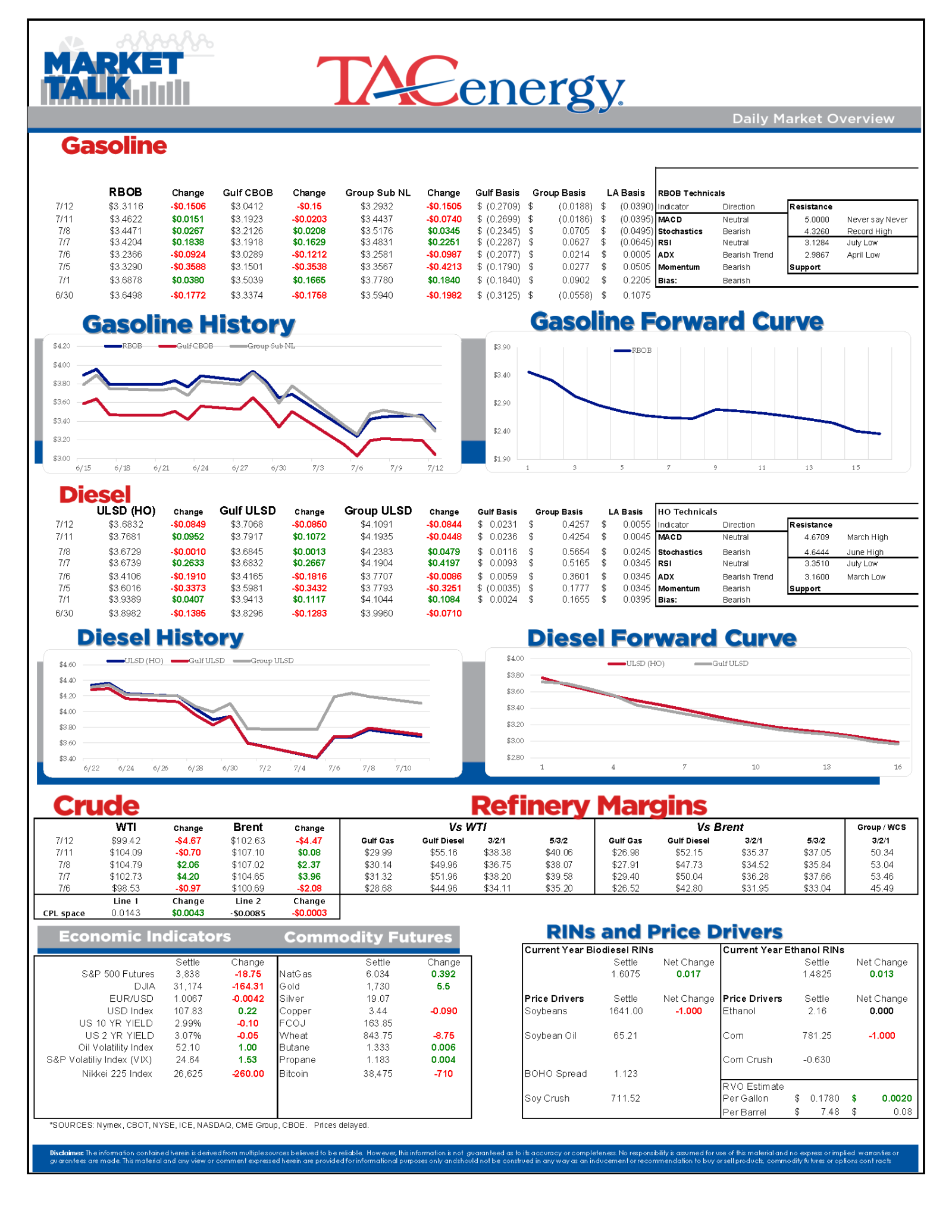