We’re witnessing a technical breakout in energy prices as oil and diesel contracts have surged to 7 year highs after chart resistance at the 2018 highs failed to contain the rally. OPEC & Friends decision to stick with their existing plans for oil output sent prices soaring Monday morning, and that momentum has carried through the overnight session. With OPEC members not willing to formally commit to new production increases (don’t forget they are already planning to increase output by 400,000 barrels/day each month) it seems there will not be a short-term answer to the supply crunch for energy supplies being felt around the world these days, which gives the bulls a strong argument to keep pushing prices higher.

While gasoline prices haven’t yet joined diesel and crude at 7 year highs, the fact that we’re seeing winter-grade gasoline specs rival the highs from summer-grade prices earlier in the year, after the US driving season has been put in the rearview mirror is no less impressive.

A pair of pipeline leaks last weekend are creating plenty of trouble for their local communities, but so far appear to be having limited impact on prices.

The well-publicized oil spill caused by a pipeline leak near Los Angeles is creating plenty of ecological damage, even though the size of the spill (roughly 3,000 barrels) is fairly small in comparison to evens like the Deepwater Horizon spill that was estimated near 60,000mb PER DAY for several weeks) or the Exxon Valdez spill which was more than 260,000 barrels.  While the damage to beaches and wildlife is tragic, and may take months to recover, the relative small size may explain the lack of market reaction so far.   Adding insult to injury?  Some reports suggest that a ship’s anchor may have caused the pipeline to rupture (although the cause is still being investigated) which gives an unfortunate new perspective to the ship backlog at the port of Long Beach.

Meanwhile, a not-so-well-publicized leak in Alabama shut down the pipeline formerly known as Plantation last week, causing some suppliers to restrict product allocations at terminals across the South East.  The lack of publicity for this event suggests that Kinder Morgan’s strategy of changing the pipeline’s name to something generic like the Products (SE) Pipeline, is a stroke of brilliance, and/or that the industry has become numb to supply disruptions after going through so many over the past year.  Gulf Coast basis values barely flinched following the news, and premiums for line space on the competing Colonial line remained in negative territory. Reports suggest the pipeline expects to resume operations tomorrow (10/6).

RINs had a 5th straight session of strong buying interest, with D6 values moving north of $1.30/RIN for the first time in nearly a month, and rallying 45 cents since bottoming out last week. The strength in RINs seems to be helping keep refined products outpace the rally in crude oil as crack spreads will adjust to offset the impact of the RVO for refiners. The industry continues to wait for official word on the long overdue blending obligations from the EPA, and with congress gridlocked on debt, infrastructure and tax bills, it’s hard to know if we’ll see the actual numbers anytime soon.

Meanwhile, BP became the latest refiner to announce plans to expand its Renewable Diesel production, with an investment at its Ferndale WA plant that would allow co-production of RD along with traditional refined products. That means that BP, Chevron and Exxon are all working towards avenues of co-producing renewables at existing refineries, while Marathon, P66 and Holly are going the route of converting existing refineries to produce RD.  The outcome of these new investments may define the refinery landscape in the coming decade, as co-production could allow some refiners to stay afloat – and continue producing other products – vs a conversion that all but ends most other output. 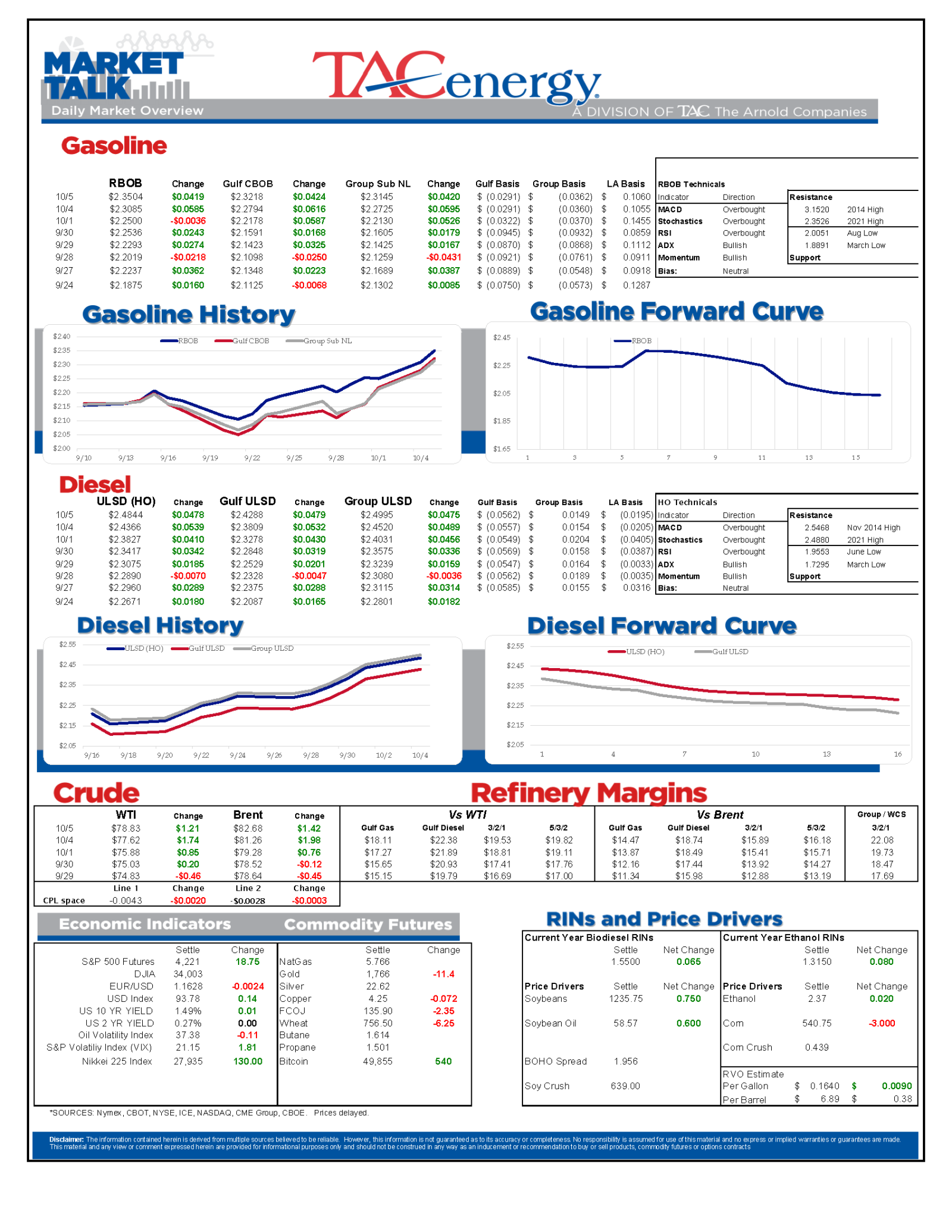 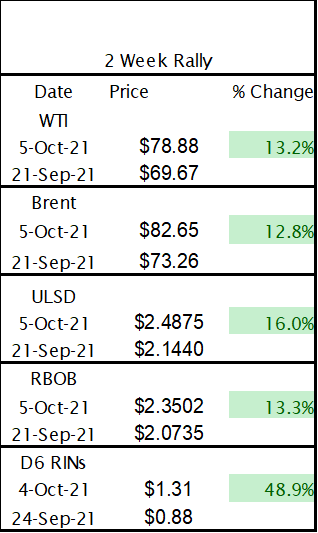 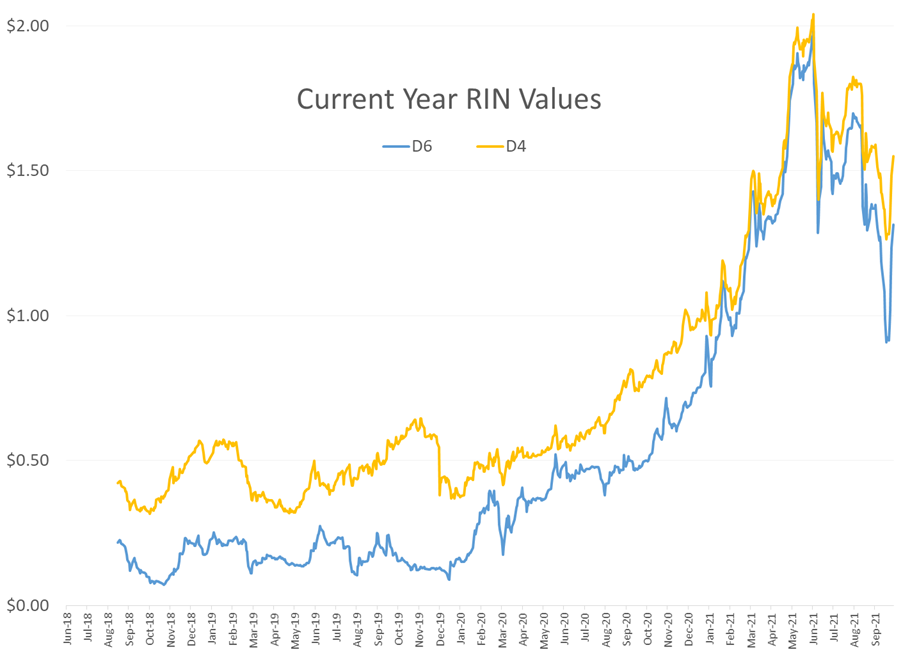