Whiplash Is The Theme This Week

Whiplash is the theme this week, as refined products have their 3rd straight nickel swing in the early going, wiping out most of Tuesday’s gains…which wiped out most of Monday’s losses. The pullback keeps the August trend-lines pointing down, with lower highs set in each subsequent bounce suggesting more selling to come unless the bulls manage to break back above the July highs.

A major difference in today’s selling is that rising COVID cases aren’t taking the blame for the selling, instead a report that the White House is pressuring OPEC & Friends to produce more oil and help tame prices is getting credit for the selloff.

At face value that doesn’t seem to help explain why gasoline is leading the slide, but the report also suggests the white house is going to push the federal trade commission to take a look at rising gasoline prices. That investigation doesn’t need much effort to see the inconvenient truth that the RFS, LCFS and Cap & Trade programs each add more than 20 cents/gallon to fuel prices, and by design will get costlier each year. Then again, blaming climate change programs for rising prices won’t win many points in Washington, and it will be easier to blame refiners, which could complicate some of the acquisitions currently in process.

After several big moves in the past 2 weeks, West Coast basis values cooled off Tuesday, but could see more buying pressure today if the latest in a string of refinery hiccups disrupts one of the last refineries standing in the SF Bay area.

You think prices are volatile now? Read this WSJ article on the tough decisions retail stations have to make in regards to EV charging stations, one of which is having to guess at what their electricity costs will be. Those retail stations did score a major victory this week when the new infrastructure bill prevented interstate rest-stops from installing EV chargers, which would have put utilities in a position to directly compete with those stations, using federal property in many cases.

The EIA’s Short Term Energy Outlook seemed to offer a bullish boost to prices Tuesday, as the agency’s contracted thinkers at IHS increased their gasoline demand estimates, and lowered their OPEC oil output forecasts. The report highlighted how both calendar and crack spreads for gasoline have reached multi-year highs as inventories have rapidly drawn down in recent months. Once again, the report fails to mention the influence of RIN values on those gasoline prices, which knock about $8.5/barrel (~20 cents/gallon) off of those crack spreads.

The API’s weekly report looks like it was largely shrugged off, with only minimal changes in inventory reported. Crude stocks were said to be down 816k barrels, gasoline was down 1.1 million and distillates built 673k. The EIA’s version of the stats are scheduled to be out at their normal time this morning. 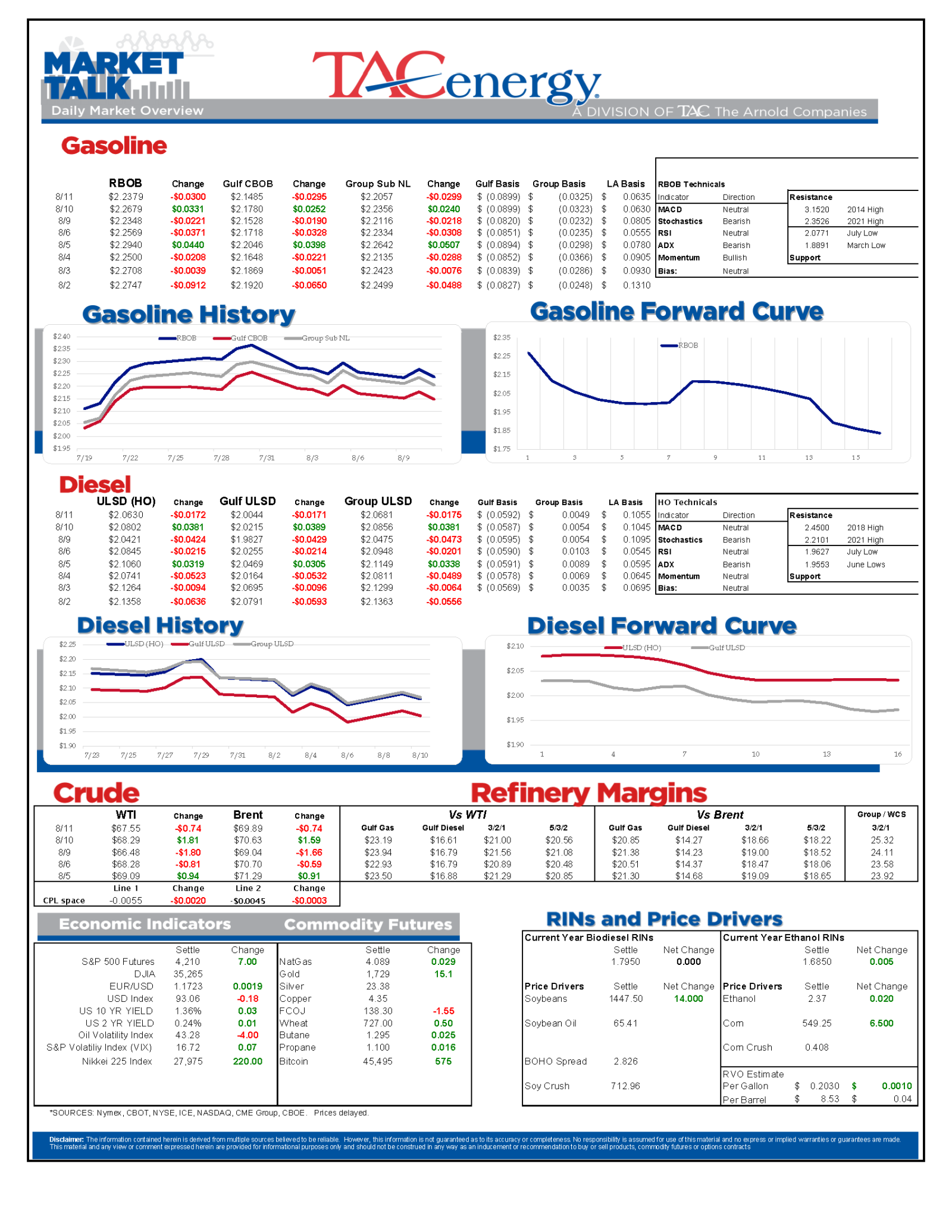 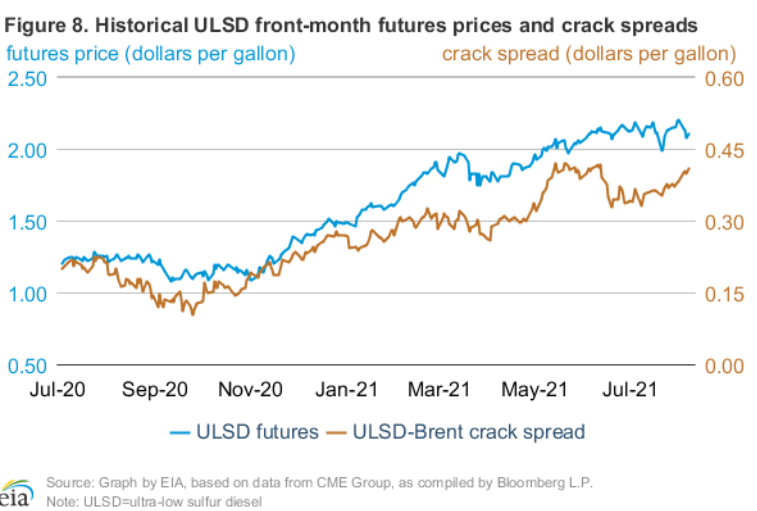