Our weekly dose of energy fundamentals showed an increase of two million barrels in crude oil stockpiles and a draw-down of ~3 million and 1.7 million barrels in gasoline and diesel stores. The drop in refinery runs, specifically in the Gulf Coast as refineries braced for Hurricane Laura, looks to be the main reason refined products dropped from the week prior, not an uptick in demand from Labor Day travel. We will likely see gas and diesel stores return just as the refineries returned to normal operations almost immediately following the storm’s passing.

The Rounding Top: the Big 3 American energy benchmarks are showing a bearish, reversal pattern on each of their respective charts. The panic selling seen on Monday seems to have kicked the complex out of its summer trading range and is leading futures lower. If the pattern holds, and is completed, we could see 20 percent or higher downside over the next few months.

Of the six notable areas of possible storm development in the Atlantic, one system looks like it could pose landfall threat in the Gulf Coast. The industry will keep an eye on it as it makes its way around the tip of Florida and turn northwards over the next five days. For now, it looks like the other systems will remain out at sea or curve south to douse the eastern coast of Mexico. 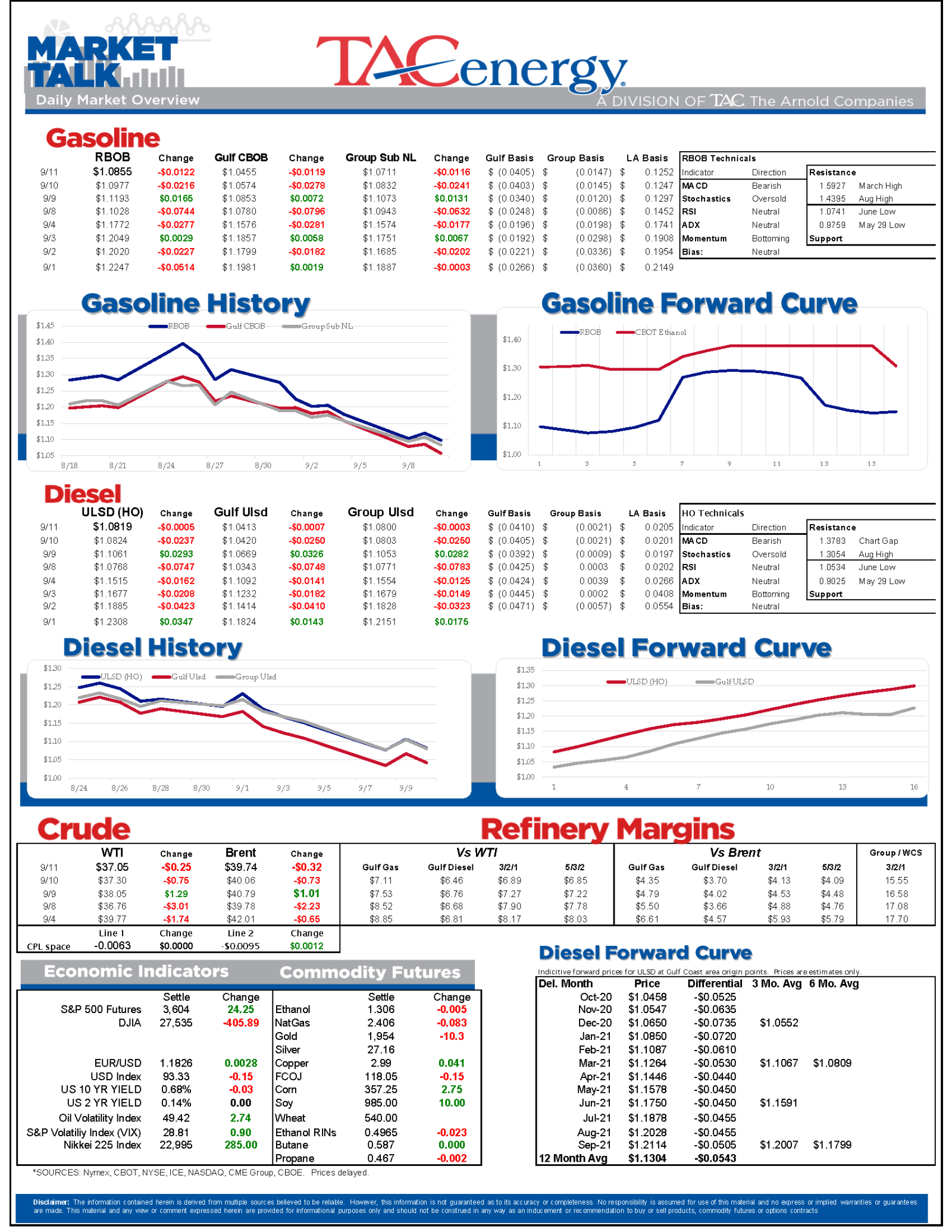 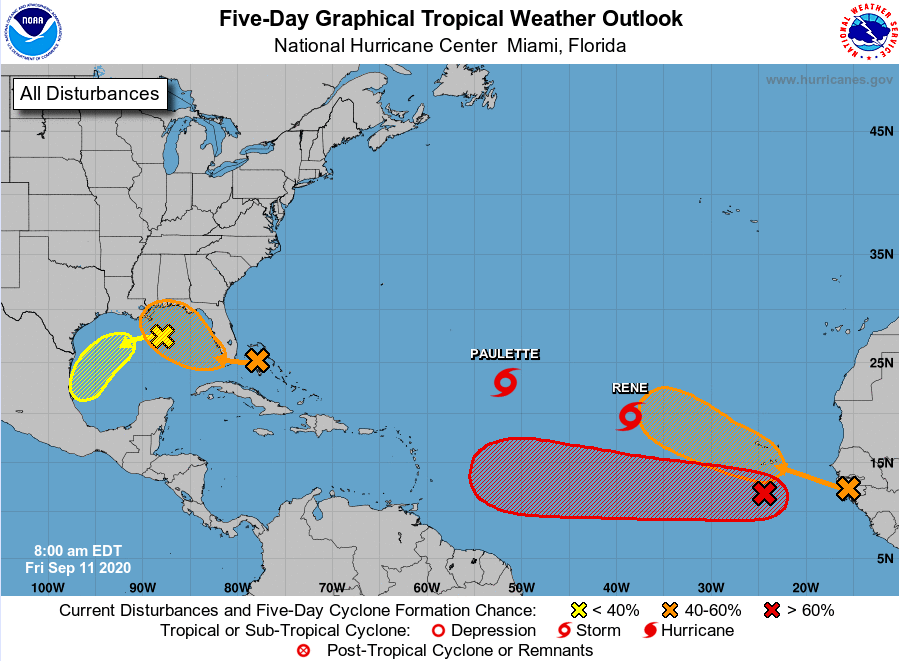 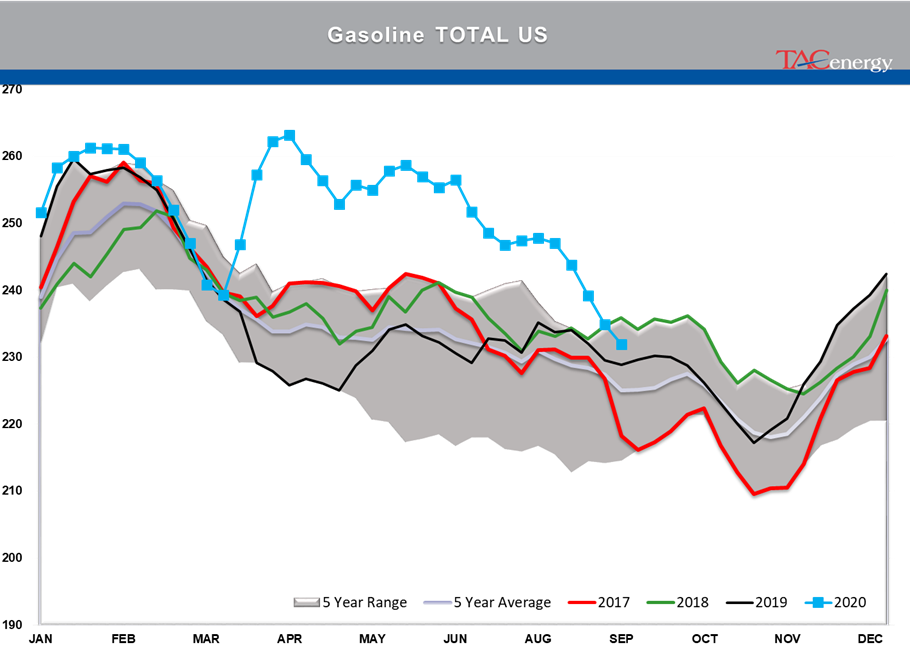