Volatility Is The Name Of The Game

Volatility is the name of the game in energy and equity markets this week with most contracts pointed lower this morning after a strong session Thursday. After weeks of weak correlation, the two asset classes are beginning to move in tandem once again, which could mean the FED will have more sway than OPEC on oil prices as we approach year end.

Just when it appeared safe to wade back into the equity pool as the US-China trade truce was taking hold, some negative economic data from China has stock markets around the world moving lower once again.

In a sign of how volatile trading in refined products has become of late, RBOB and ULSD (HO) futures are averaging 7 cent swings between their high and low trades daily so far in December, compared with an average of a 4.5 cent range for the first 11 months of the year.

So what do these wild swings mean? There is a case to be made that bouts of extreme volatility after a strong move in either direction is a sign that the trend is coming to an end. That could be good news for bulls in the energy space as the swings could be signs of bottoming after a harsh 2-month sell-off. Then again, if this argument is true, it could be bad news for stock investors if these are the warning signals that the 10-year old bull market is officially finished. 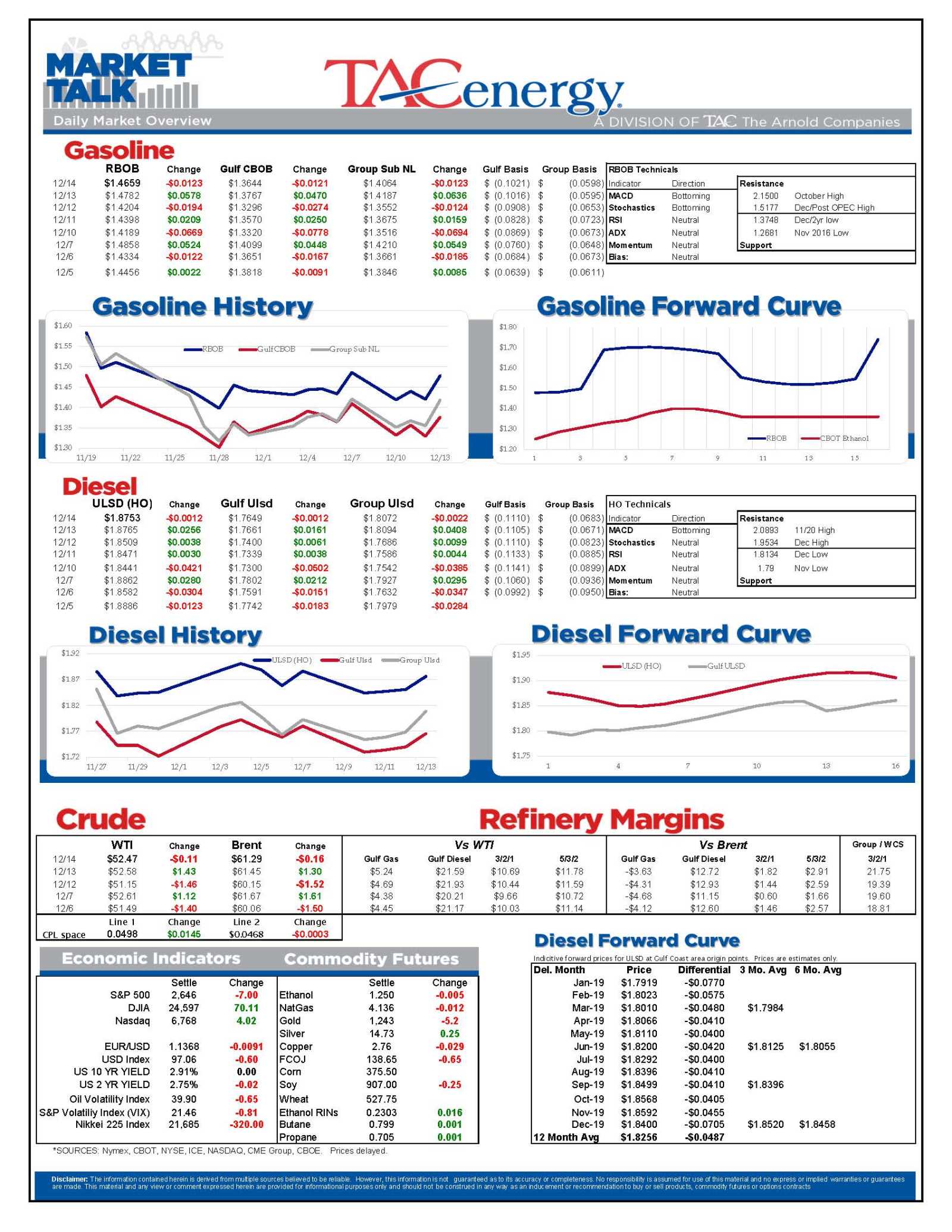 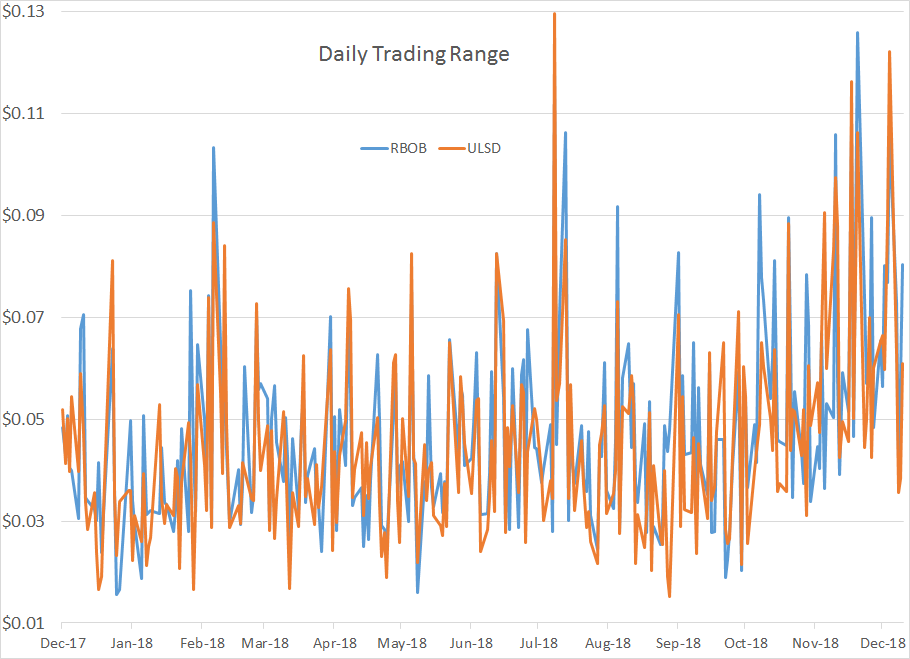 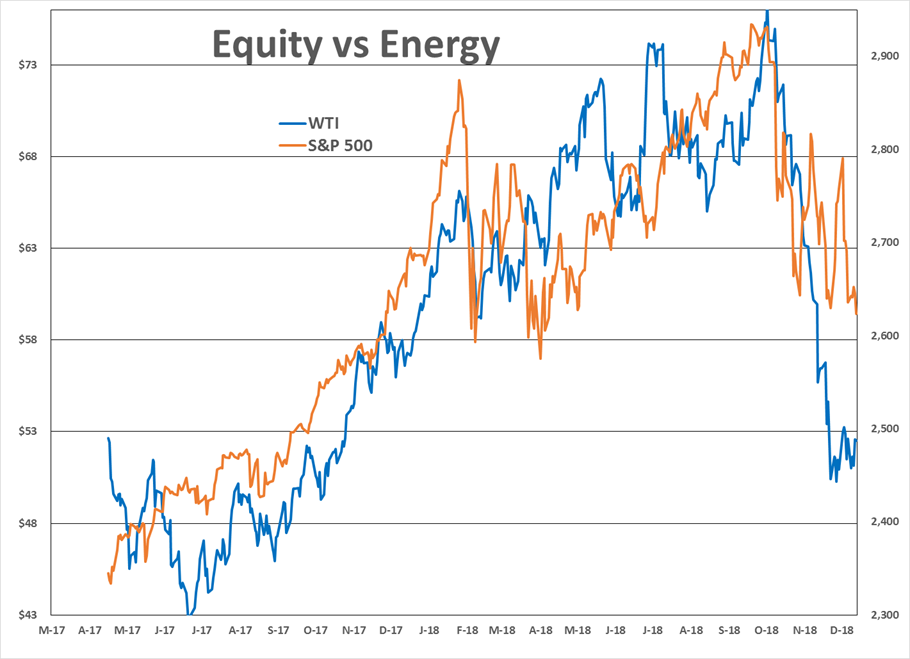