Oil and diesel prices are trading at eight month highs this morning, after chart support held earlier in the week, keeping the upward trend intact. Global equity prices were moving higher overnight, as the U.S. looks closer to passing a new stimulus package, which seems to be outweighing the concerns of COVID counts reaching new record highs.  Gasoline prices aren’t far behind, but have not yet broken their November highs as there are more signs of demand destruction both due to normal seasonal factors, and stay-at-home orders.

The bounce this week (assuming prices don’t reverse lower later today) leaves the door open on the weekly charts for WTI to make a run at $50 before year end, which should add another 10-12 cents on refined product prices if that rally materializes.

A new deal: OPEC & friends made a new agreement this week that will allow for a gradual increase in oil production in 2021, but on a smaller and slower scale than what had been previously rumored. The deal also limits the timeline on producers who need to make up for previous failures to limit their production to agreed-upon levels, which could keep actual output lower for longer.

D4 RIN values surged to a new multi-year high yesterday as soybean prices rallied following a recent pullback. Ethanol RINs were also rallying, but have not yet made it back to the $.70 mark they hit a few weeks ago. The EPA let their statutory deadline pass without releasing a final renewable volume obligation for 2021 (something that was common prior to 2017) which suggests those targets could be set by the new administration’s appointees who will presumably be less friendly to refiners.

The rally in D4 RINs is helping the value of Renewable Diesel (which receives 1.7 RINs for every gallon blended vs 1.5 for biodiesel). A NYT article yesterday highlighted why RD is becoming the new big thing for US refiners, while also discussing how it remains dependent on government incentive programs, and the risks of a feedstock shortage in the coming years. 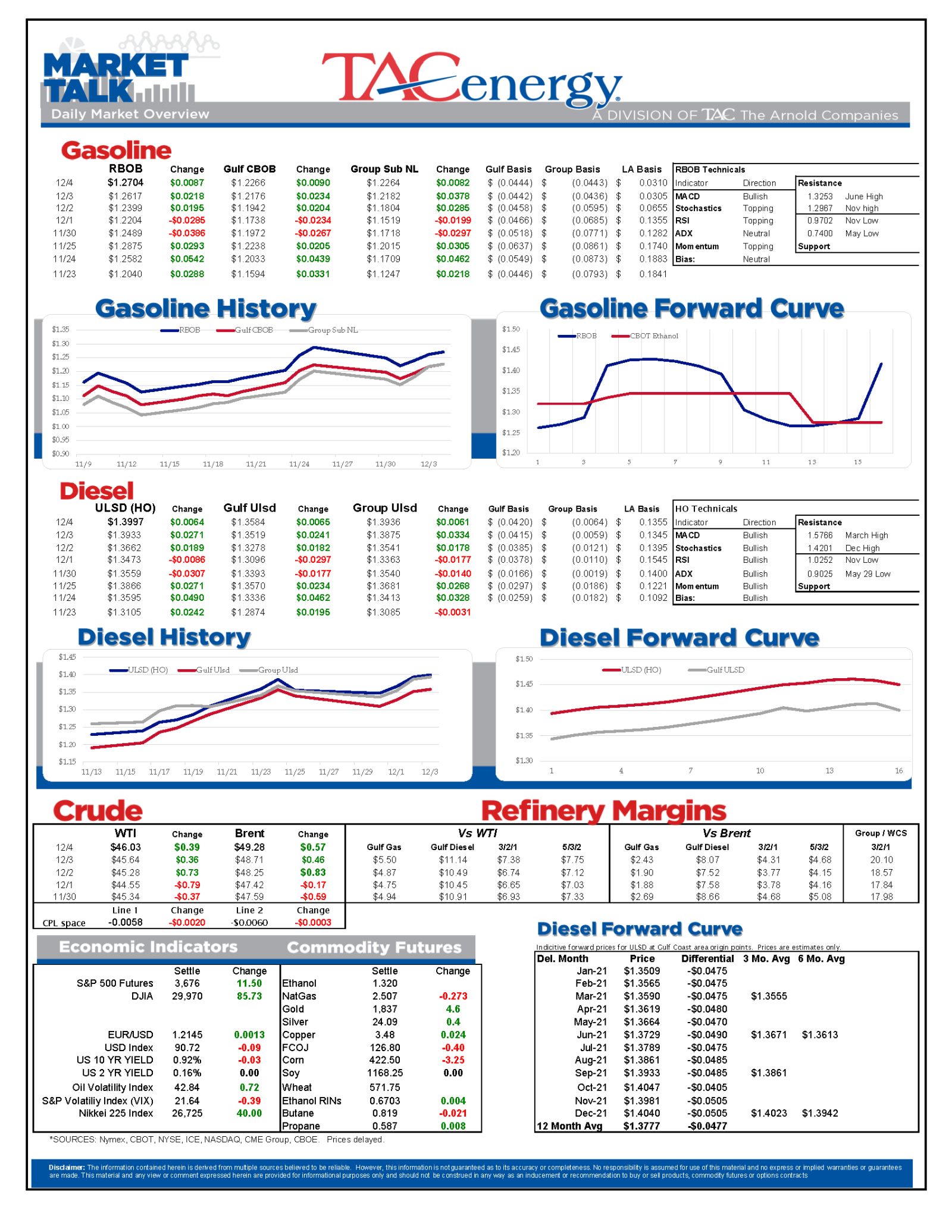 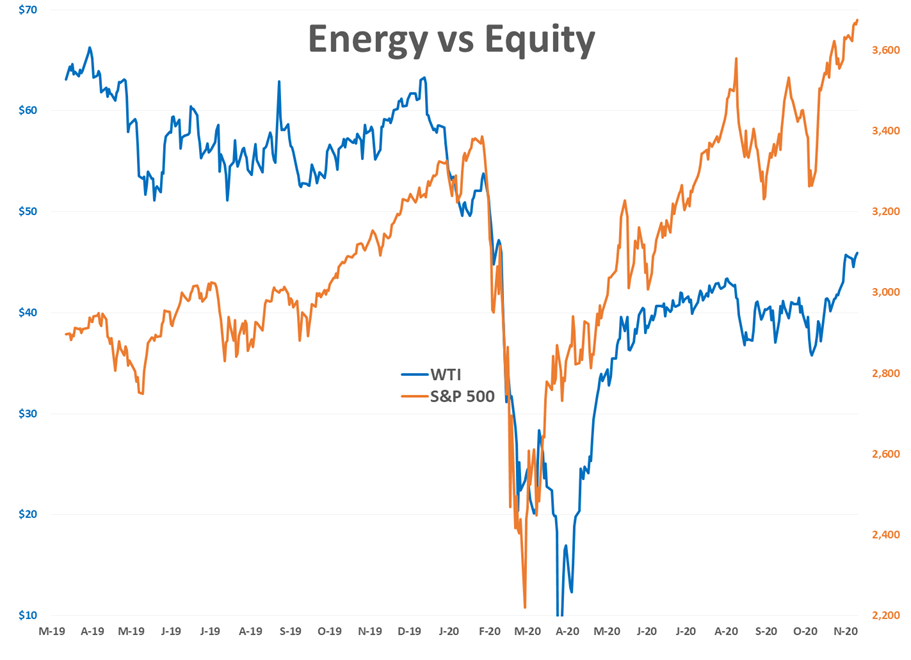 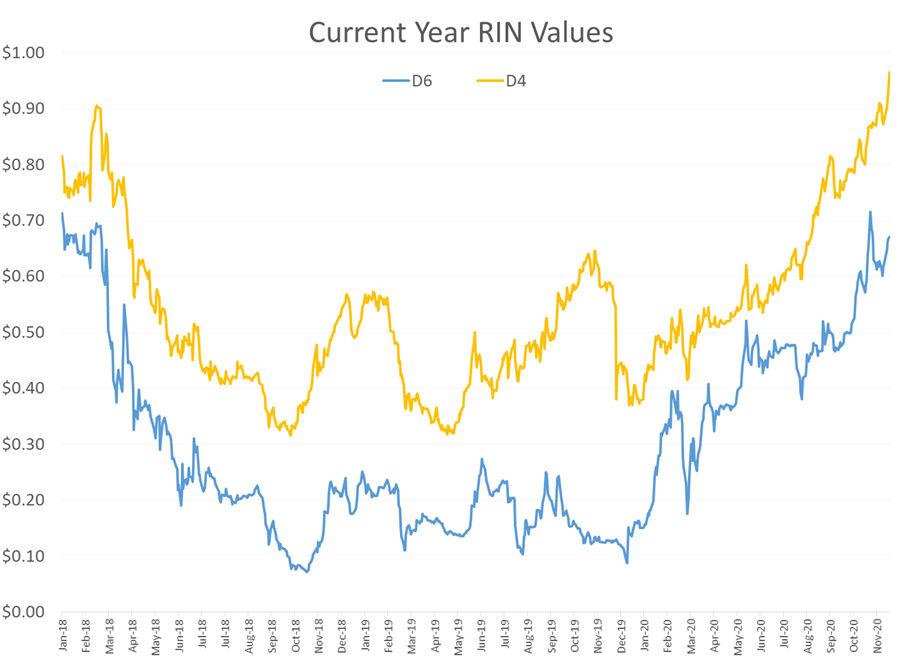