Big red numbers are flashing across energy and equity markets after the U.S. President and first lady announced they’d tested positive for COVID-19 late Thursday night. Financial markets were already jittery this week over the potential negative economic impacts of climbing case counts and an ugly election season, and this news just creates more uncertainty in both areas.

The early wave of selling in petroleum futures sets up a test of the mid-September lows around $1.06-$1.07 for RBOB and ULSD. If prices can hold support, this is likely to be remembered as nothing more than the latest crazy news story in the craziest year any of us can remember. If prices break through that support however, we might look back at this as the catalyst that finally broke the complex out of its four-month-old sideways trading pattern and sent product prices on another extended trip below $1/gallon.

September’s payroll report showed another month of strong job growth in the U.S. as the COVID economic recovery continues. 661,000 jobs were estimated to be added during the month, which took the headline unemployment rate down ½ % to 7.9% while the U-6 rate dropped by 1.4% to 12.8%. Those numbers are good, but still highlight the long road to recovery for the U.S. economy that lays ahead, and were largely ignored based on the lack of price reaction as traders seem preoccupied with the other news of the day.

That storm system that had been churning in the Caribbean for the past week is now given 90% odds of developing into Tropical Storm Gamma by the weekend according to the NHC. It’s still too soon to say where it will go from there, but it’s likely to enter the Gulf of Mexico next week and yet another Gulf Coast hit is a possibility at this point. An EIA note this morning highlights how Hurricane Laura impacted crude production in the Gulf more than any storm since 2008. The Lake Charles refineries are still trying to recover from Laura’s direct hit, and the last thing they need right now is yet another storm system to complicate those efforts.

Today’s interesting read: A Bloomberg article detailing how JP Morgan manipulated metals and treasury markets, and how they got caught. While this was the big fish caught by the CFTC recently, numerous other announcements in the past week show that the agency has its hands full dealing with other bad actors across numerous markets. 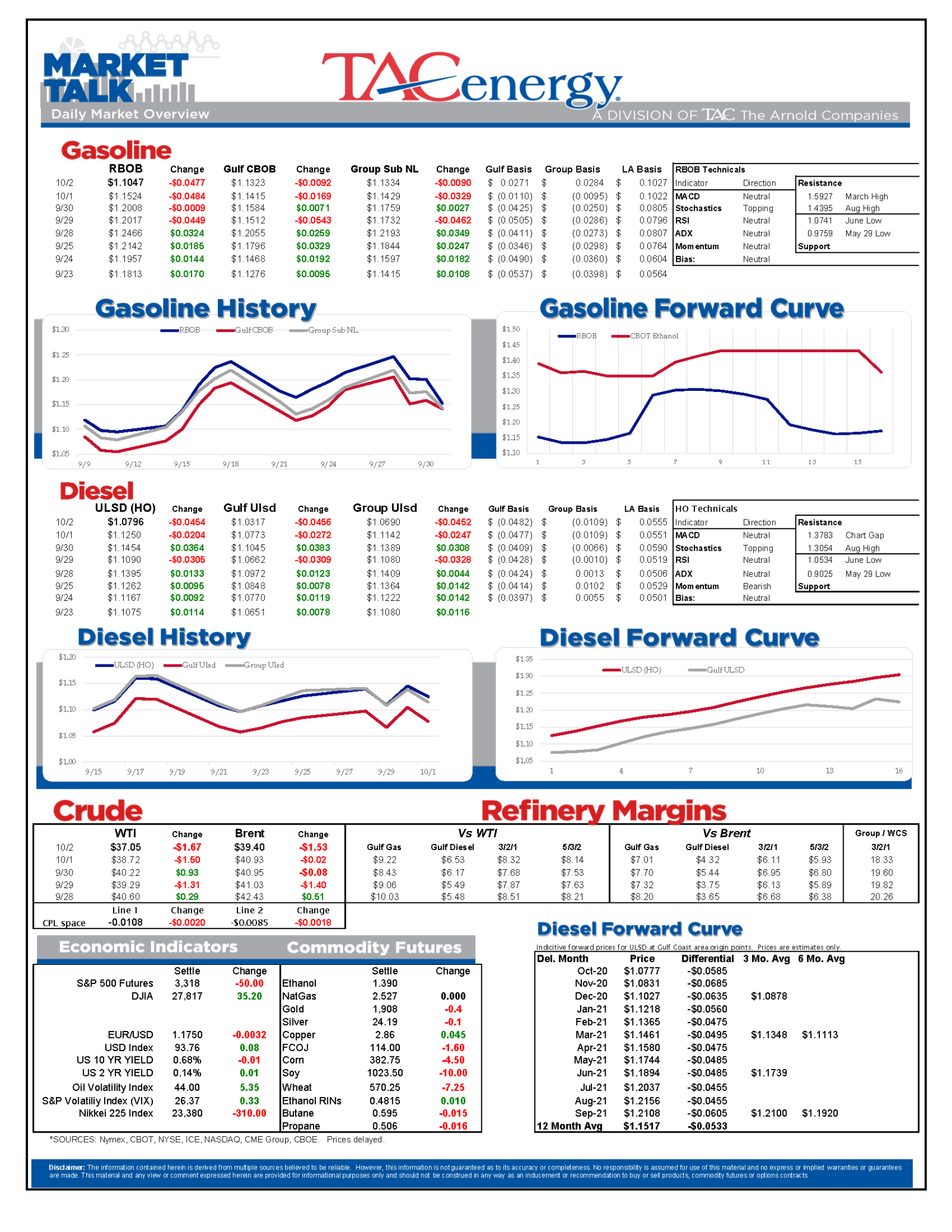 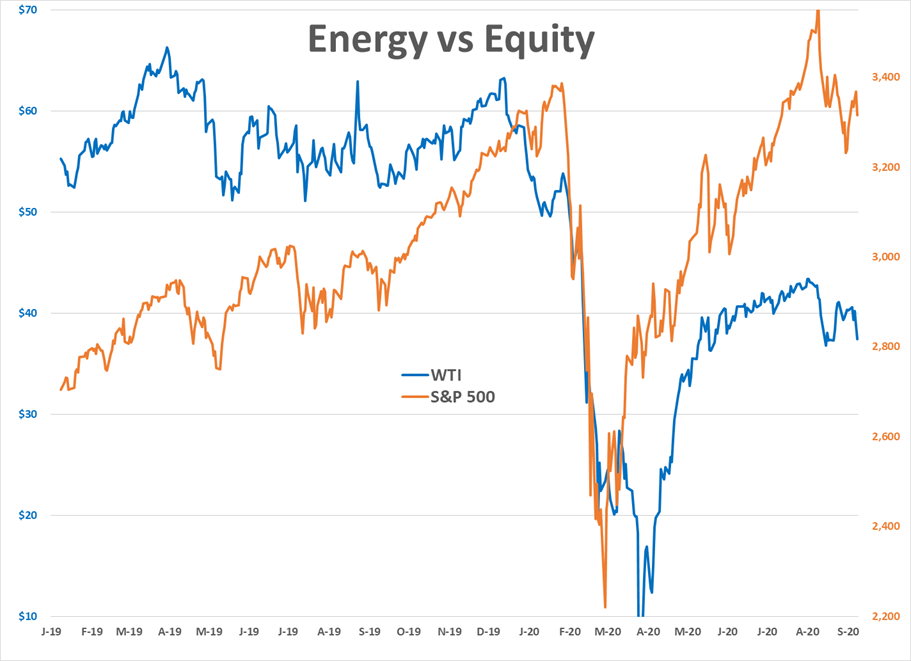