U.S. equity markets are rallying to new record highs this week, and energy markets are trying to follow them as trading winds down for this most unusual year.

The house of representatives approved an increase in stimulus checks, sending that bill to the Senate today for approval. The House also voted to override the president’s veto of the latest defense spending bill, encouraging markets that the dollar printing presses won’t be slowing down anytime soon. Extra liquidity/aka stimulus pushes down the value of the dollar, which is correlating to stronger commodity prices, a phenomenon that had gone largely dormant, but was a major force in markets for years following the 2008 financial crisis.

While the news from Washington has Wall Street in Risk On mode, the reaction so far in energy markets is relatively muted with the complex seeming to have entered a period of sideways trading after seven weeks of gains. Most technical indicators have moved into neutral territory, which should keep the action choppy but aimless until we see the range set over the past week broken. For WTI that’s a move above $49 or below $46.  For RBOB gasoline that will mean a break above $1.40 or below $1.30, and for ULSD the range seems to be set from $1.42 to $1.52.

Numerous mobility tracking data sets have become popular since the start of COVID-related shutdowns and the driving-specific data points have become a decent proxy for gasoline demand.  The 2 charts below show both the seasonal slowdown, and the near-halt in movement over Christmas.  The second chart also shows how two major metro areas (LA and Dallas Counties) see similar trajectories, but different demand outlooks based on their stay-at-home orders, or lack thereof.

Money managers continued to increase their bets on higher gasoline and crude oil prices last week according to the CFTC’s weekly report, but cut their length in diesel contracts. The net length held by the large speculative category of traders reached their highest levels since COVID hit the U.S. In other words, hedge funds like betting on higher gasoline prices when RBOB is trading around $1.40 than they did in April when prices were trading below $.50, or at the start of November when they were sub $1.

There’s a similar bullish enthusiasm being noted in U.S. equity markets as borrowing to invest reaches new records even after many stocks are already trading at all-time highs. This type of sentiment extreme can be seen as a contrary indicator since at some point the market runs out of new money to keep pushing prices higher, and leveraged liquidation can be particularly volatile. 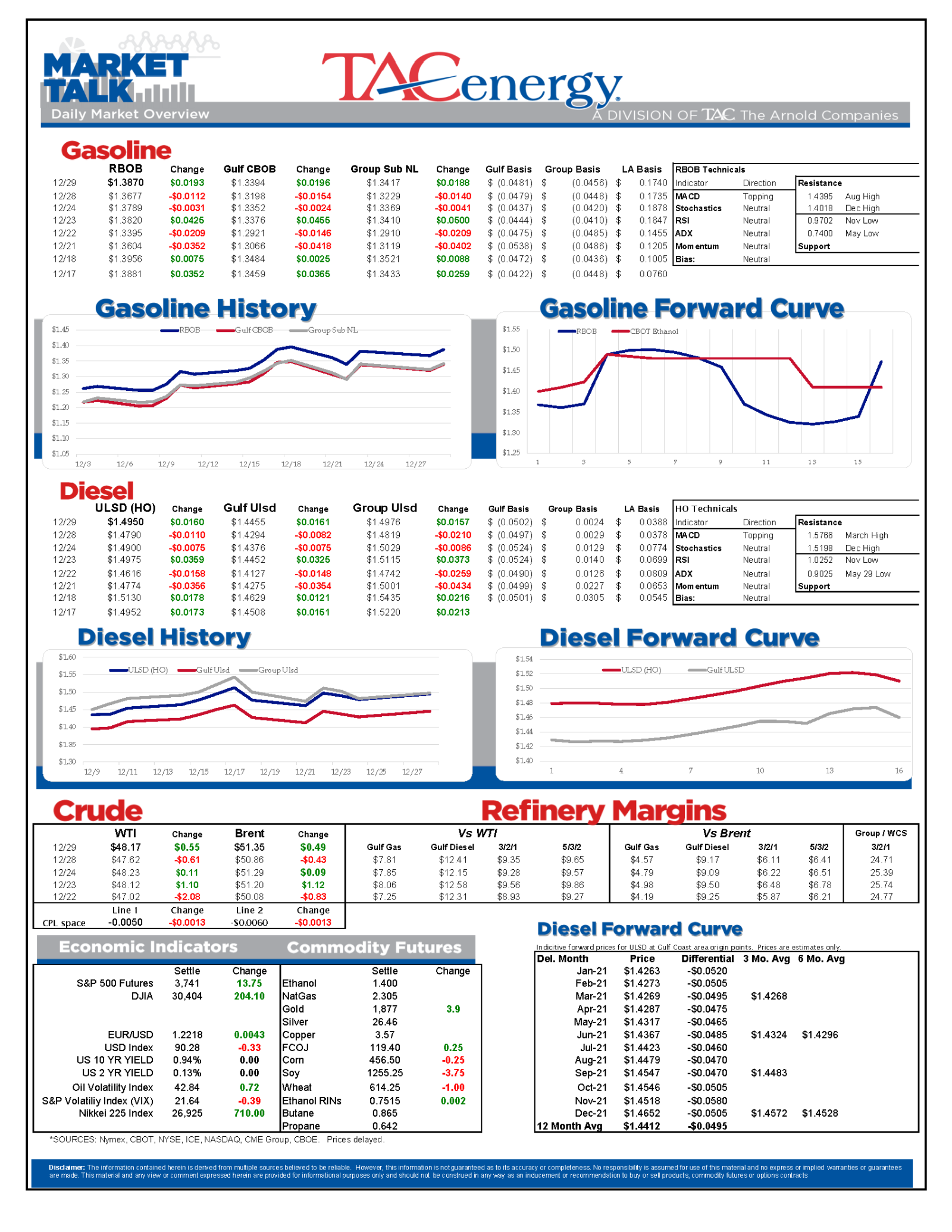 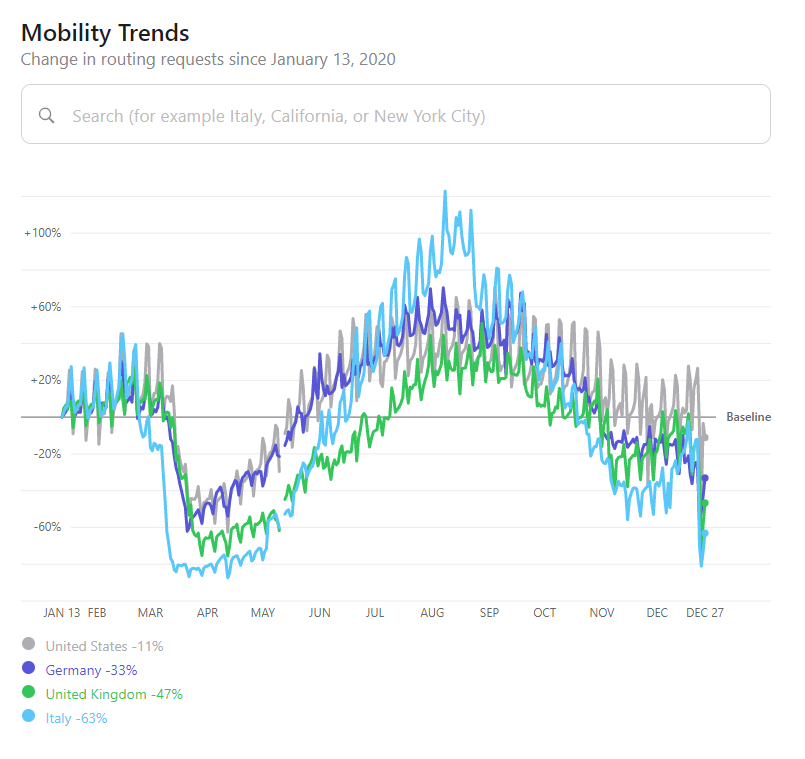 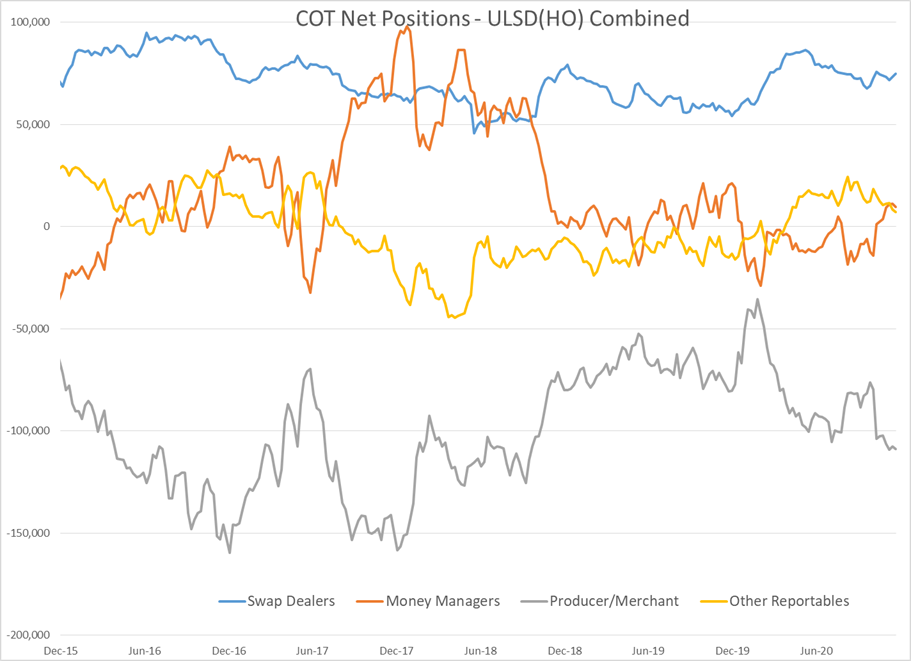