The choppy action in energy prices continues as traders appear to be torn between new supply cuts and new threats to demand. This consolidating action after two weeks of steady buying looks like it’s setting up a big move on the charts as opposing trend lines converge.

Believe it or not, after just two weeks of price recovery, reports are surfacing the some shale producers are already increasing output. It seems unlikely that prices in the low $20s are really encouraging new output, which may indicate logistical complications with shutting down oil wells may be forcing some production to be opened back up.

Speaking of opening back up, expect to see refinery rates continue to increase in the inventory reports this week (API this afternoon, DOE tomorrow morning). U.S. refiners did a remarkable job shifting production away from Gasoline and Jet and into ULSD during the demand collapse, and now as demand is favoring gasoline, it will be important to watch how fast they’re able to shift those yield percentages once again.

The EPA announced new Greenhouse Gas calculation guidance for ethanol producers that have rapidly been shifting to produce hand sanitizer alongside fuel ethanol, which is seen as a potential life saver for the industry. With gasoline demand recovering, and the increased demand for sanitizers looking like it will be here for a while, we could soon see that corner of the market rapidly shift from a supply glut to a supply crunch. 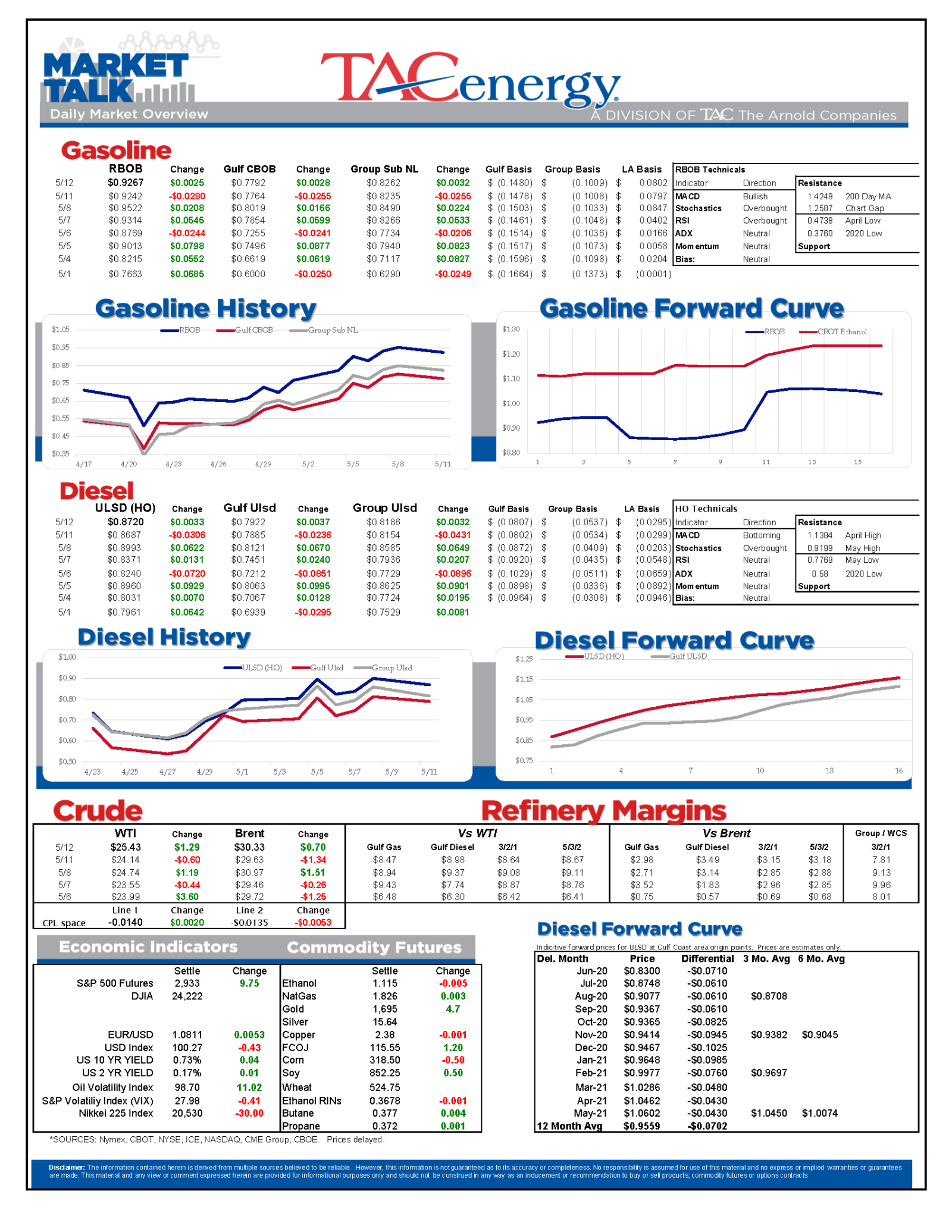 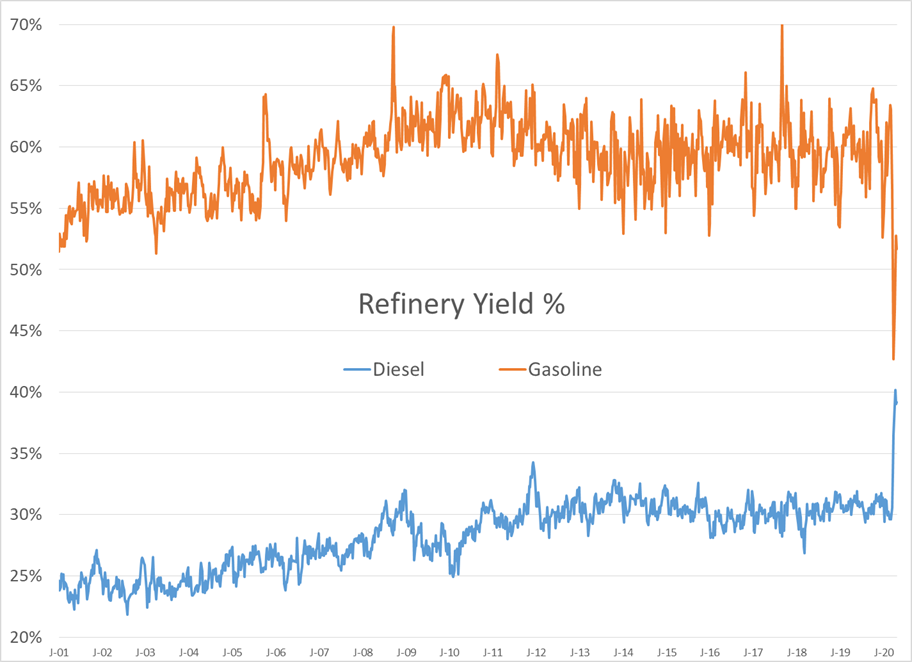 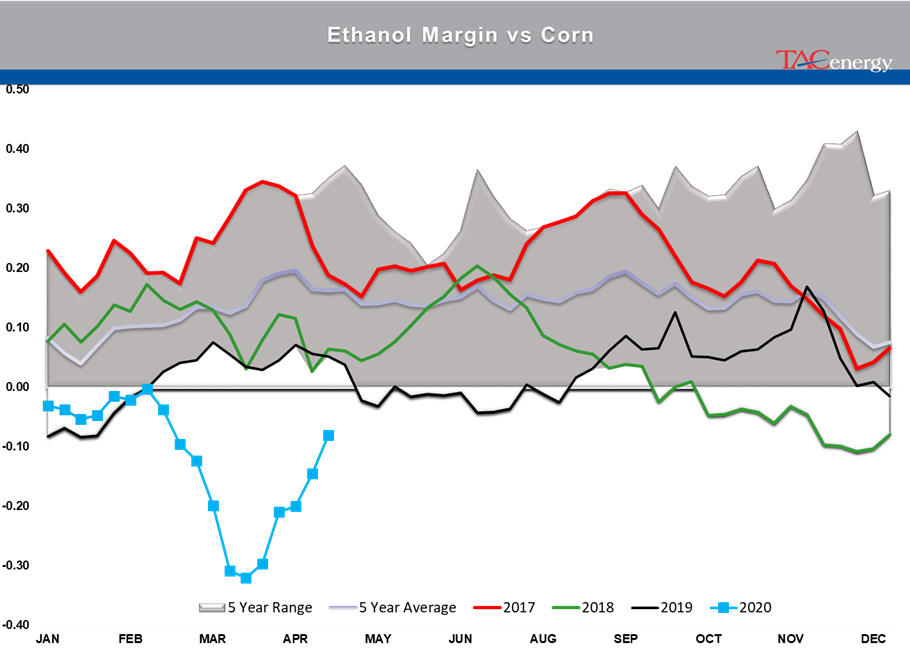