The trade teeter totter continues to roil markets with a new round of tariffs announced Friday morning sending energy and equity markets sharply lower, only to see a recovery rally this morning following reports that the US and China were returning to the negotiating table.

Fake News? After the overnight tweet about China wanting to make a deal sent equity markets sharply higher, and helped refined products turn 2 cent losses into penny gains, numerous other notes have surfaced suggesting that there has been no change in the official Chinese stance, and the phone calls may not have happened at all.

Keep an eye on corn and ethanol prices today after the US announced a new trade deal with Japan had been agreed to in principal, which includes a large increase in US corn exports. Ethanol & its RINs had already staged a nice recovery rally last week, and this latest bit of good news may help that upward momentum continue.

Iran claims it has sold the roughly 2 million barrels of oil onboard its tanker that had been held for weeks in Gibraltar, a move seen as trying to circumvent US intervention. Still no word on the British tanker that was seized by Iran in retaliation, although reports last week suggest it may also be released soon. Meanwhile, Israel attacked Iranian-linked forces in 3 different countries over the weekend, a stark reminder that the tensions in the region extend well beyond shipping lanes.

Tropical Storm Dorian formed over the weekend, and is on a path that could bring it to Florida next weekend. While models do suggest this storm may become a hurricane as it nears Puerto Rico, current forecasts suggest the storm will weaken due to dry air and wind shear, and may dissipate before reaching the US Coast. The other storm system known for now as 98L is still given 80% odds of developing this week, but is tracking off the US East coast and doesn’t currently appear to be a threat to land. Speaking of fake news: The US President is denying claims he suggested the country consider using nuclear bombs to stop hurricanes.

16 oil rigs were taken off-line last week, according to Baker Hughes’ weekly rig count, which brings the US total to a new 18 month low. The Permian basin led the decrease again, with 7 fewer rigs (a 1.5% decline in active rigs for that basin), while the DJ Niobrara basin in Colorado laid down 5 rigs, which amounts to a 16% reduction in just 1 week. 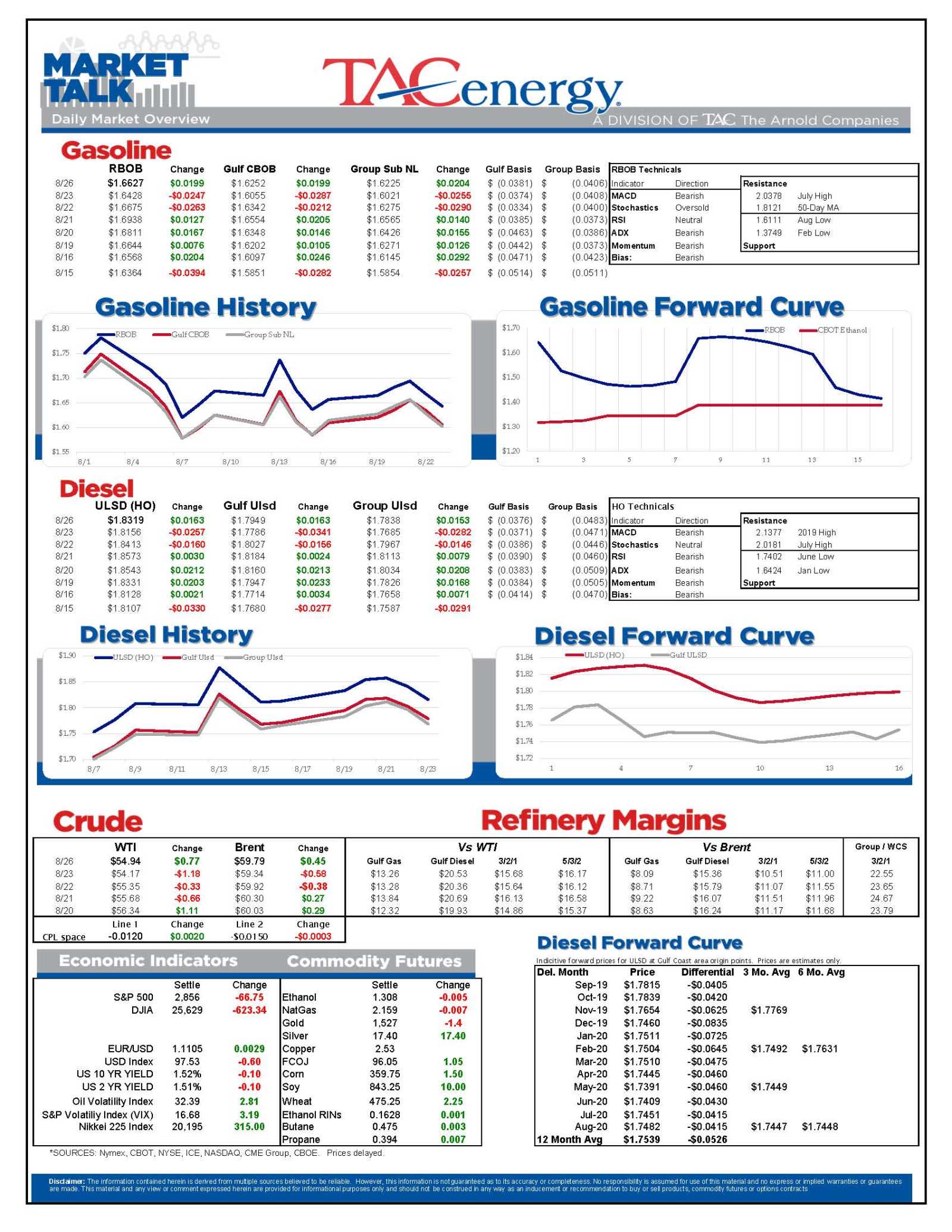 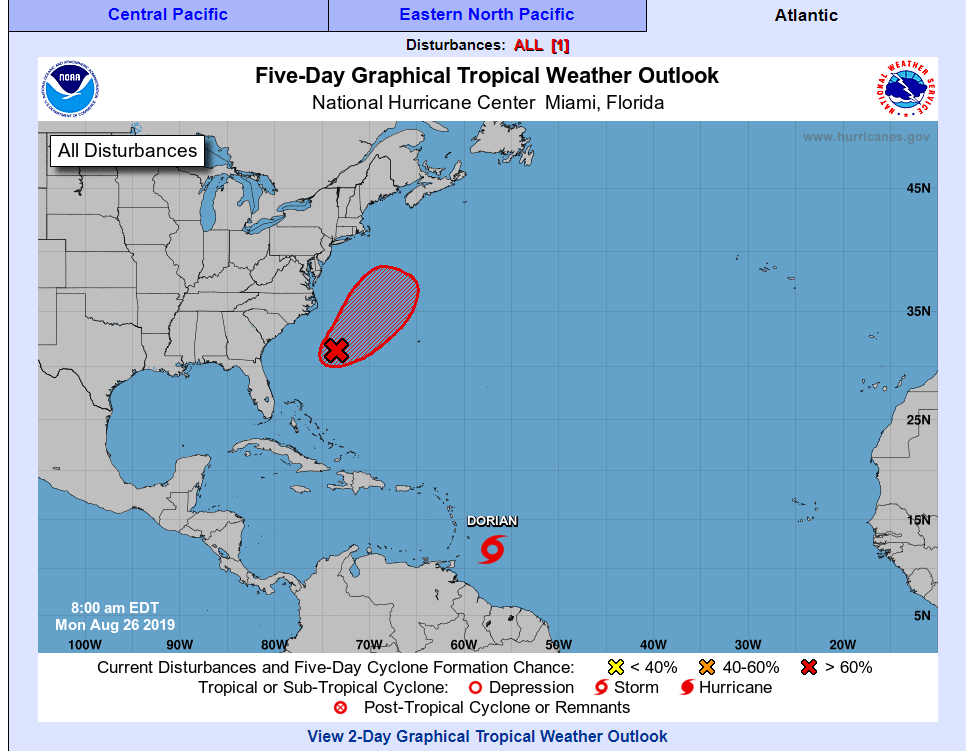 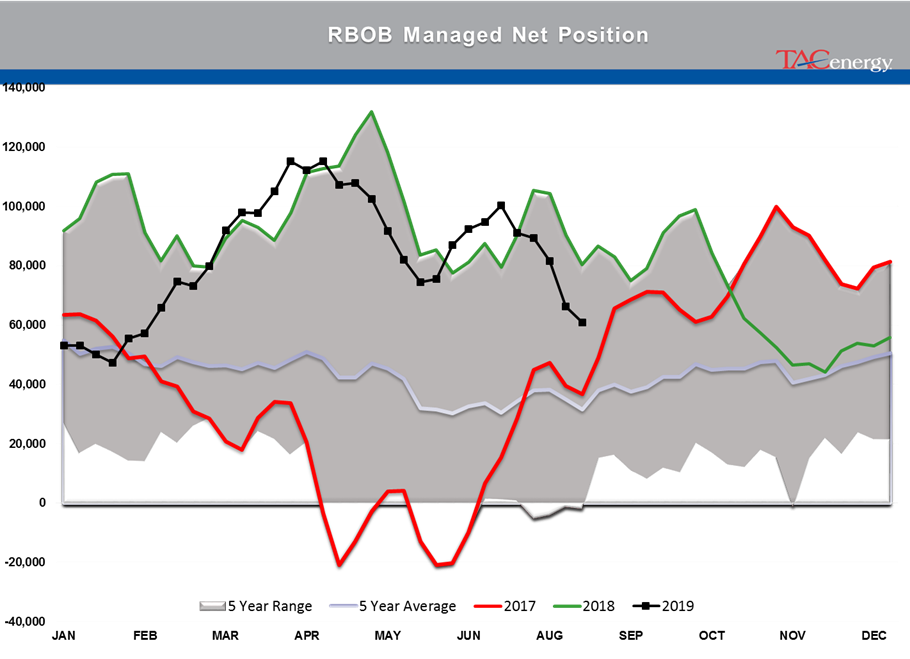