The US has released 50 million barrels of oil from the Strategic Petroleum Reserve in an effort to cool the rally WTI futures that has been chugging along since April. The White House also claims the sale will be made in conjunction with similar releases by other countries including China, Great Britain, Japan, South Korea, and India. WTI futures are up a dollar on the news.

While the intent of an SPR release is to put a damper on to short-term supply disruptions, drivers in California won’t likely see any relief from record high gas prices in the near future. Oil supply isn’t the issue on the West Coast: below average gasoline stocks and refinery throughputs combined with recovering demand will keep prices high until refined product supplies catch up.

The premium on the Colonial gasoline pipeline has cooled off after hitting multiyear highs earlier this month. Steep backwardation in Northeast regional prices, suggesting a “product’s tight now but won’t be soon” economic outlook, are keeping a lid on gasoline linespace values while the backwardation in Gulf Coast diesel prices have the premium on diesel shipments poking their head into positive territory for the first time in years.

Refined product futures are up around 1.5% so far this morning, eyeing a run at a host of support-turned-resistance levels. As it stands now the downward trend we’ve seen in gas and diesel prices over the past month and a half is intact, albeit strained from this morning’s round of buying. 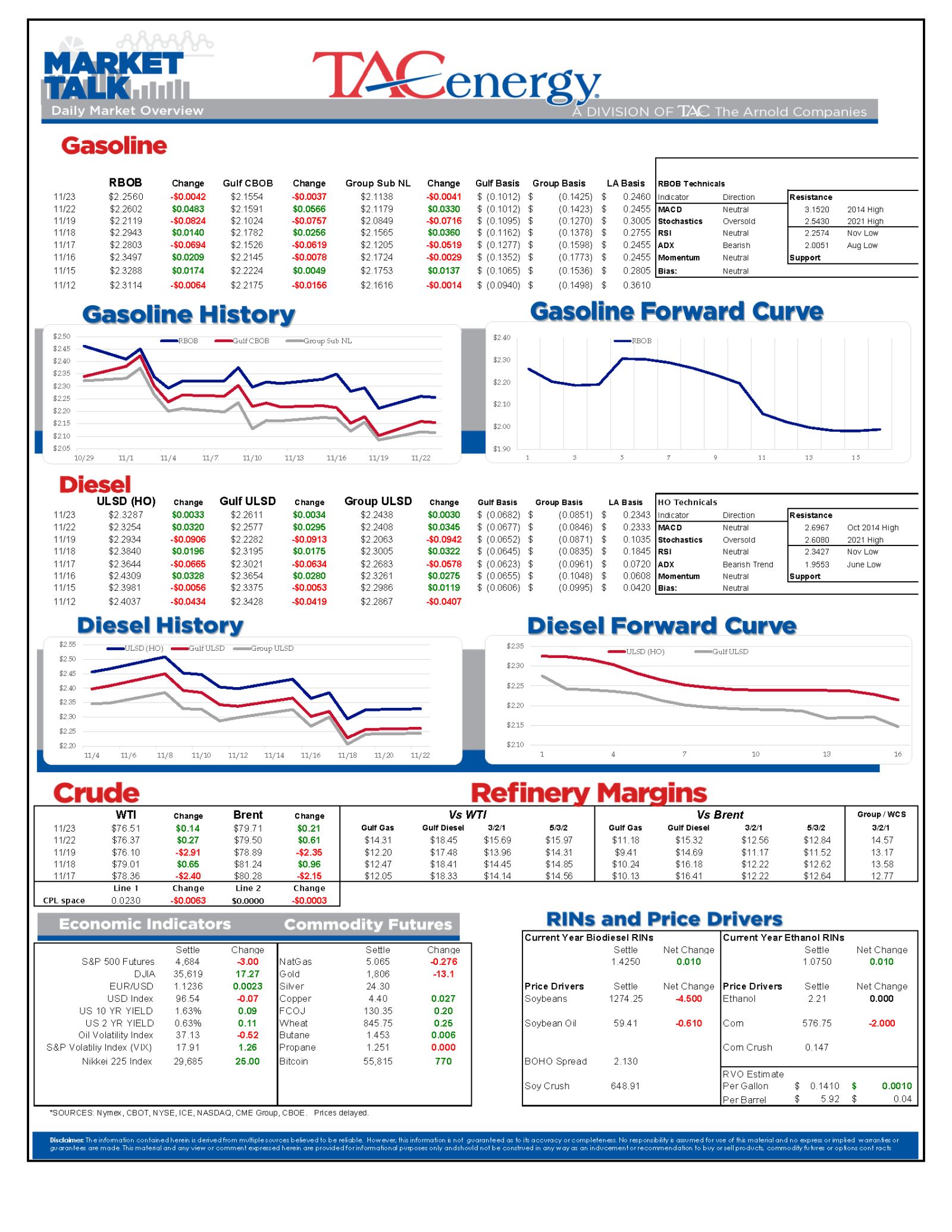 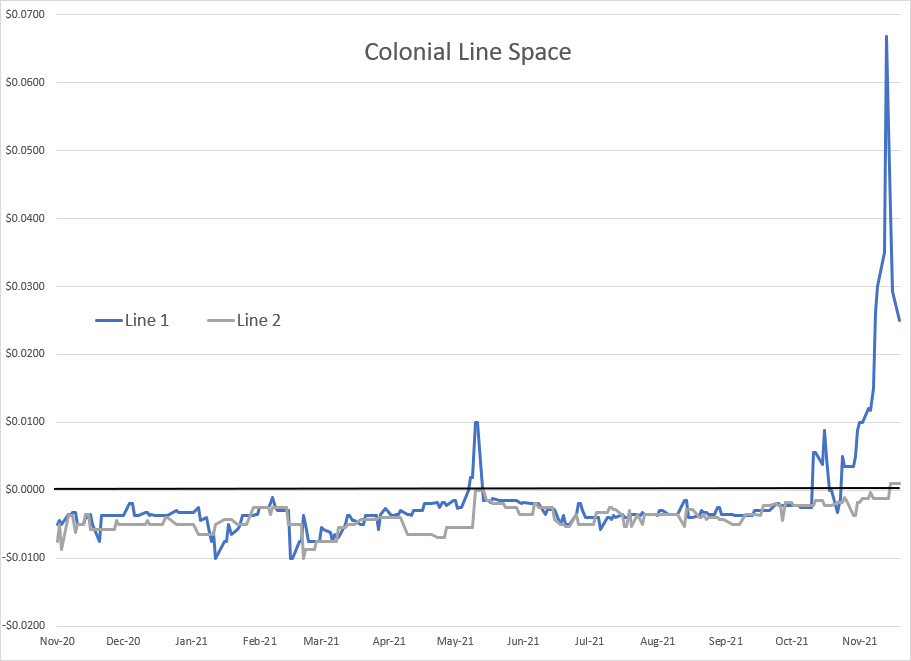