The record setting rally for diesel futures looks like it’s coming to an end, as ULSD is trading 4.5 cents lower this morning, and is down 7 cents from yesterday’s high. Unless there’s a big reversal higher later in the session, this will end an unprecedented stretch of 12 straight trading sessions with increases, which happened to be the first 12 trading sessions of the new year.

While a drop of almost a nickel is noteworthy, given that we’ve seen prices increase 40 cents during this stretch, and 60 cents in the past month, it’s really not changing the technical outlook yet. The short term test comes in around the $2.63 mark (roughly 2 cents below current values) where the trend line that started on December 20th at $2.10 comes into play. It’s inevitable that that trend line will be broken (if not, we’ll be at $8 diesel by year end) but if it doesn’t happen this week, then the pullback over the past 24 hours looks like an overdue correction, not an end of the trend, and a run at $3 still seems to be a real possibility.

Another factor that may be taking away some upward pressure on diesel prices, natural gas prices in the US and Europe have fallen this week, even as another invasion of the Ukraine by Russia looks to be inevitable. Long awaited supply from Norwegian fields and an influx of LNG imports from China are both earning credit for the pullback in prices.

There has been an expectation for nearly 6 months that the crude oil market would see a similar recovery in supply this year, but with OPEC struggling to meet its quotas due to a variety of issues, and US output slower to return due to labor and financing challenges, that hasn’t happened yet. Whether or not we see crude make a run at $100 later this year likely depends on if crude oil producers can make up ground like we’re seeing with natural gas.

Ethanol RIN values continue to come under heavy selling pressure this week, and are now down 30 cents from a week ago when a story posing as news broke that the White House may pressure the EPA to rethink their 2022 ethanol blends to combat higher prices. Given the success the administration has had getting its agenda passed lately this makes perfect sense. 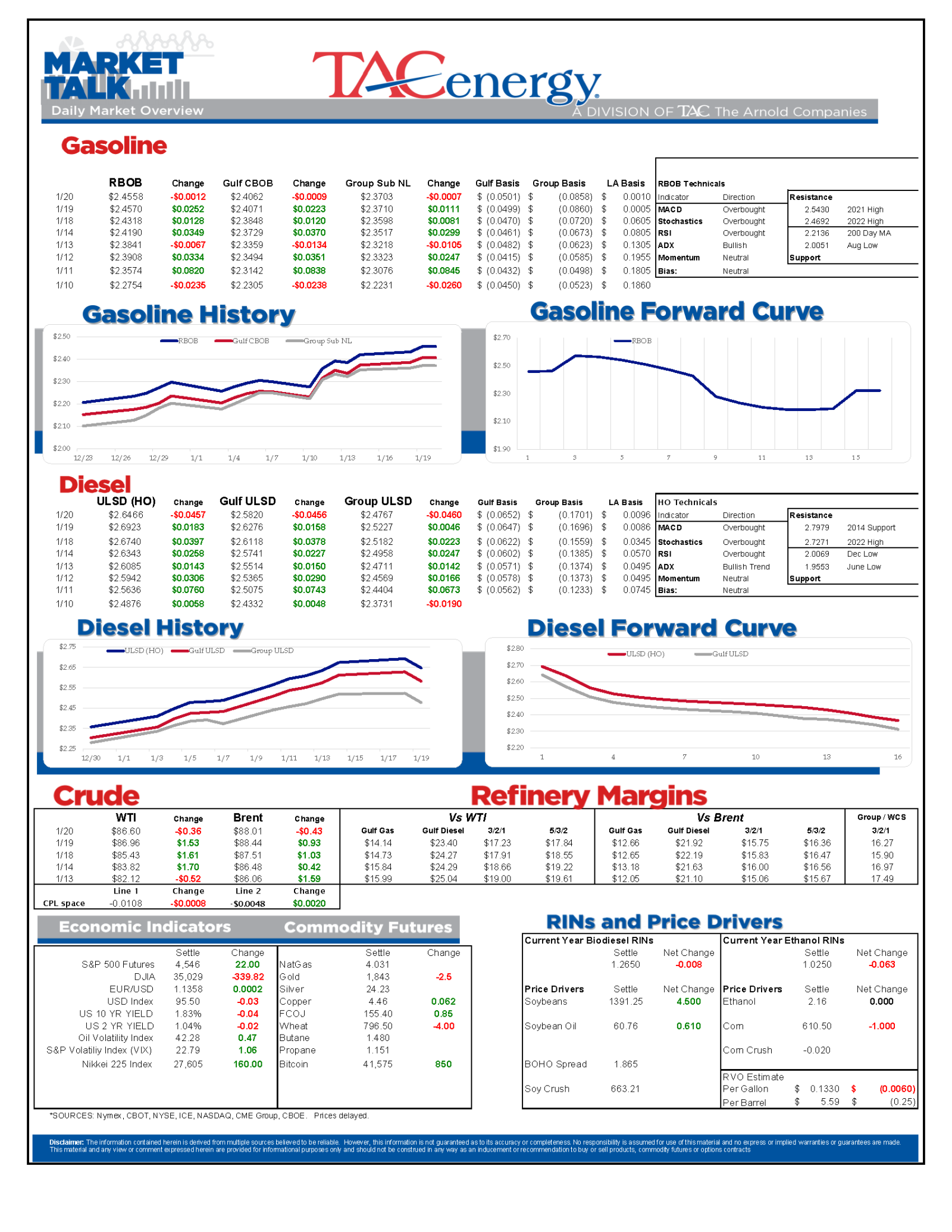 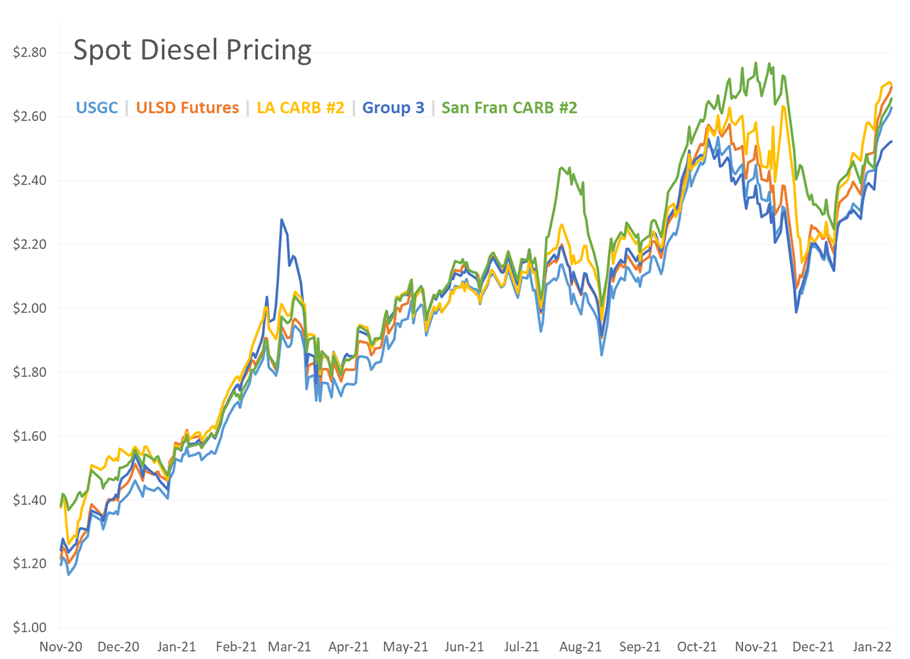 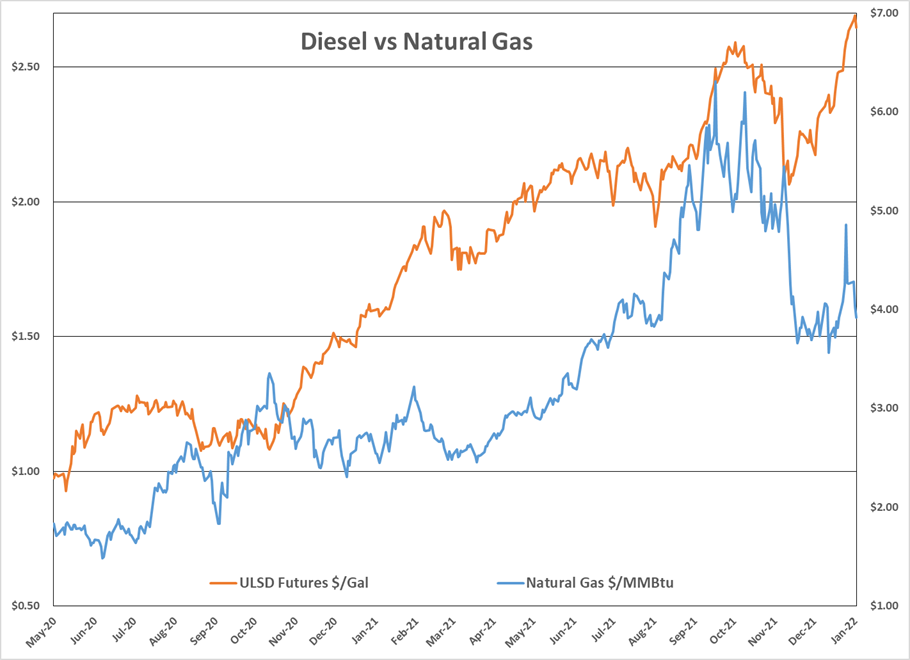