It’s a weak start to end a strong week for energy prices that have had plenty of back and forth action from the storms swirling around Louisiana and Washington D.C.

Delta looks like it should have relatively minor impacts on supply infrastructure along the gulf coast. Potentially, there should be no noticeable impact on the adjacent markets, as it’s taking a favorable track while it heads towards landfall tonight.

Stimulus or not continues to be the question roiling equity markets this week with a flurry of mixed signals from both the legislative and executive branches of government, and many are expecting more volatility due to uncertainty surrounding the election.

After all the choppiness in the past few weeks, refined product prices find themselves essentially in the middle of the sideways trading range that’s held them since June, leaving the technical outlook neutral near term, while longer term charts still hint at a larger move lower if prices can’t sustain a rally soon.

Delta is currently a Category 3 storm with winds around 120 miles an hour, and is expected to make landfall east of Lake Charles later tonight with winds around 100 miles an hour. It looks like Delta will hit less than 20 miles from where Laura made landfall, with numerous homes and businesses still not repaired from that storm. The good news is Delta is not nearly as powerful as Laura (100 mph vs. 150 mph for Laura) and Lake Charles looks like it will stay on the west side of the storm instead of taking a direct hit like it did six weeks ago. However Delta is a very large storm, so storm surge, tornados and power outages are expected to threaten almost all of the entire Louisiana coast line.

The current path of the storm would essentially thread the needle by hitting right in the middle of a 350 mile stretch of coastline. This is home to 27 refineries, which accounts for 40% of total U.S. capacity. The eye of the storm would not come within 30 miles of any one of those plants. Most of the facilities in Lake Charles and Pt. Arthur aren’t betting that will mean no impact on operations however, with many shutting units until the storm passes, as power outages are still a major concern and have the potential to be much more widespread than the storm itself.

OPEC’s World Oil Outlook highlighted the numerous challenges faced by the industry in the coming years due to COVID and the accelerated push towards renewables in many areas, but still estimates that oil will continue to be the largest piece of the global energy puzzle through 2045. The report also suggests that global oil consumption will continue to grow during the next 25 year stretch, although developed countries like the U.S. may have already seen their peak oil demand, and that a wave of oil refinery consolidation is required to balance the market.

A handful of other highlights from the WOO:

This article on the concerns over cooking and heating fuel shortages due to the closure of Newfoundland’s only refinery offers a glimpse of the numerous logistical headaches that will come from the rash of closures taking place around the world. In short, there’s still ample supply around the world, but the distribution network will take years to adjust.

One of the more popular of the numerous “clean” energy sources that are making their way through the news lately is Hydrogen. A WSJ article Thursday noted that the biggest challenge facing this alternative fuel is it requires lots of fossil fuels to produce. 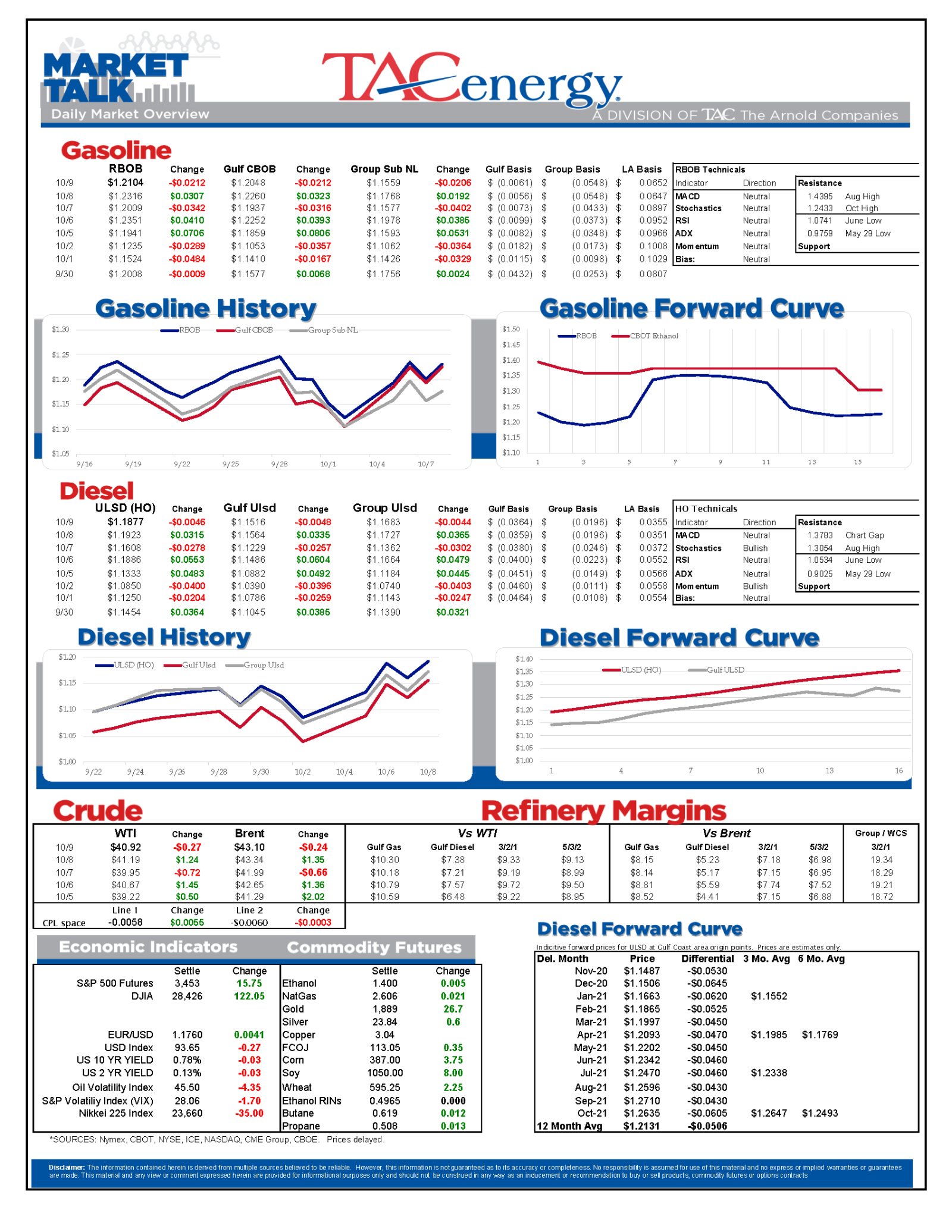 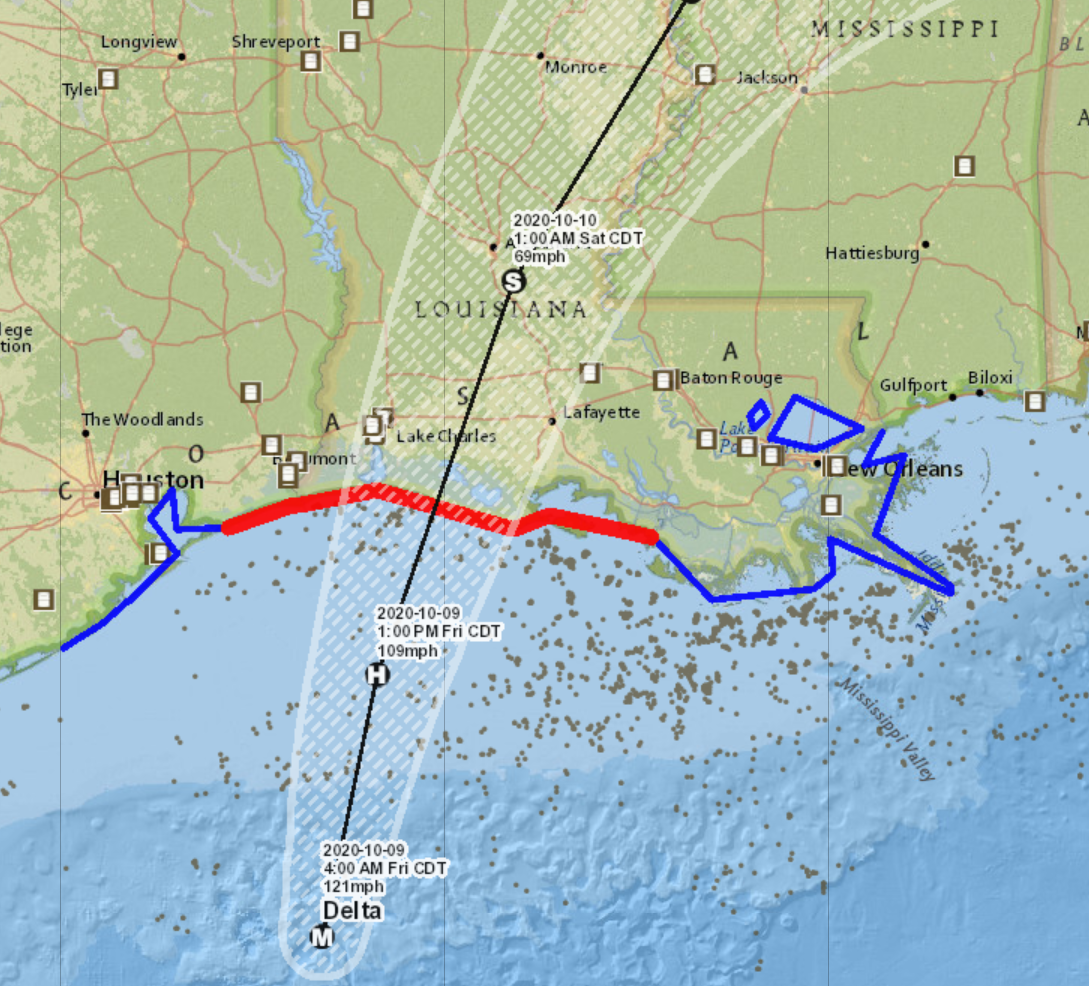 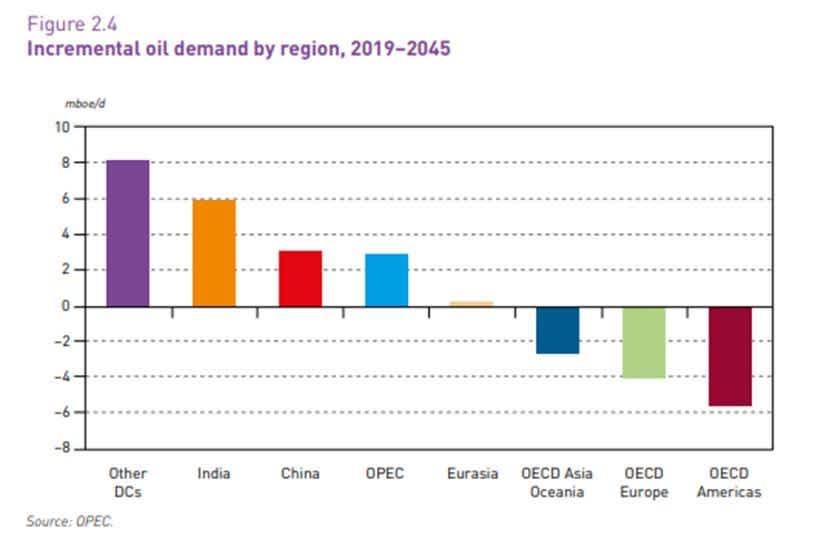