The March Rally In Energy Prices Has Been Erased, With RBOB, WTI And Brent All Trading Lower This Morning

The March rally in energy prices has been erased, with RBOB, WTI and Brent all trading lower this morning than where they started the month. ULSD prices haven’t quite given up all of their gains for the month yet, but they have dropped $1.70 in less than a week, which apparently is a lot.

After weeks of supply fears dominating the discussion, demand declines are suddenly taking over as 50 million people were placed on lockdown in China over the past 2 days, as the country deals with its worst COVID outbreak since the start of the pandemic 2 years ago.

Unlike two years ago however, a lockdown like this is viewed as another possible inflation driver as factories are forced to close, adding another challenge to the beleaguered global supply network, which means central banks (probably) won’t be coming to the rescue this time. That reality seems to have equity and bond markets nervous, with 10 year treasuries moving near a 3 year high and the yield curve tightening again ahead of the FOMC meeting.

Reports of progress in peace talks in Ukraine are also getting credit any time the market drops, even though there seem to be plenty of other headlines suggesting little progress is being made, which will come in handy whenever prices rally again.

Likewise, reports of new negotiations between oil producing countries like Saudi Arabia and Venezuela, and consuming countries like China and the US are easy headlines to pin a move lower, and then to blame if they fail and prices rally.

From a chart perspective, refined products survived their first test of the weekly trend lines that have been in place since early December, which could give the bulls a reason to buy this very large dip.

Speaking of buyers: You may not even know there’s a pullback happening if you live on the West Coast as CARBOB basis values have spiked this week, offsetting the drop in RBOB futures.  While Midwestern fuel prices continue to trail their coastal counterparts in most cases, we’ve seen a rally of 20 cents or more for both diesel and gasoline differentials in Chicago and Group 3 trading over the past week as calendar spreads for futures have come back closer to reality, and the winter demand doldrums look to be in the rearview mirror.

OPEC’s monthly report and the API weekly report are both due out later today, while the DOE and FOMC announcement will be out tomorrow. 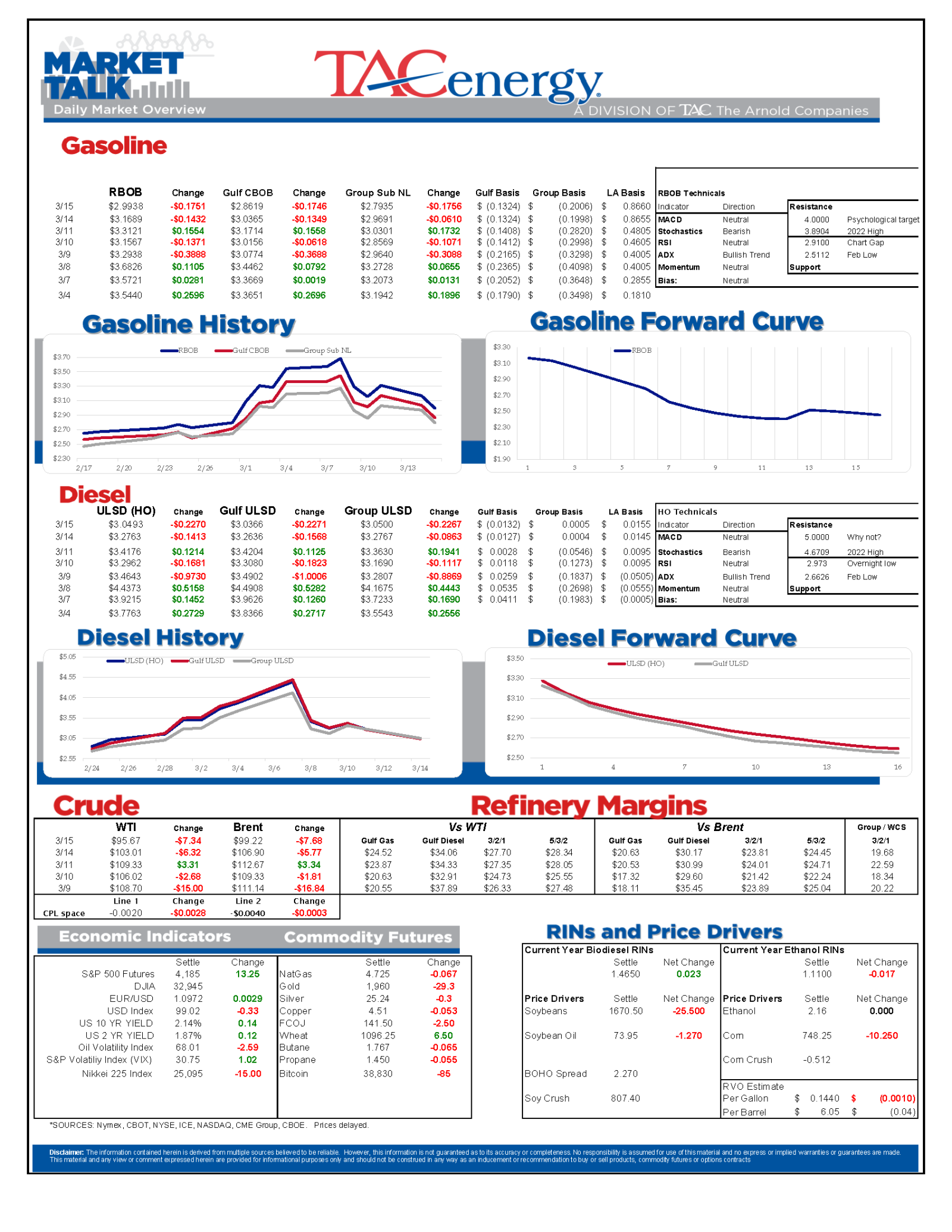 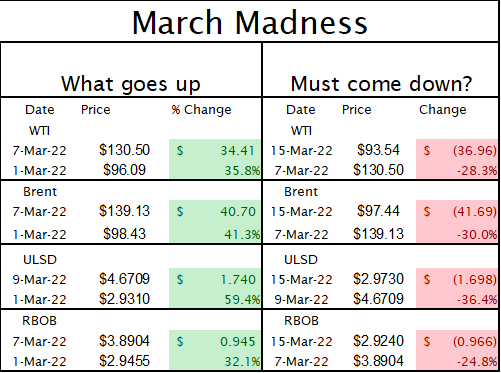 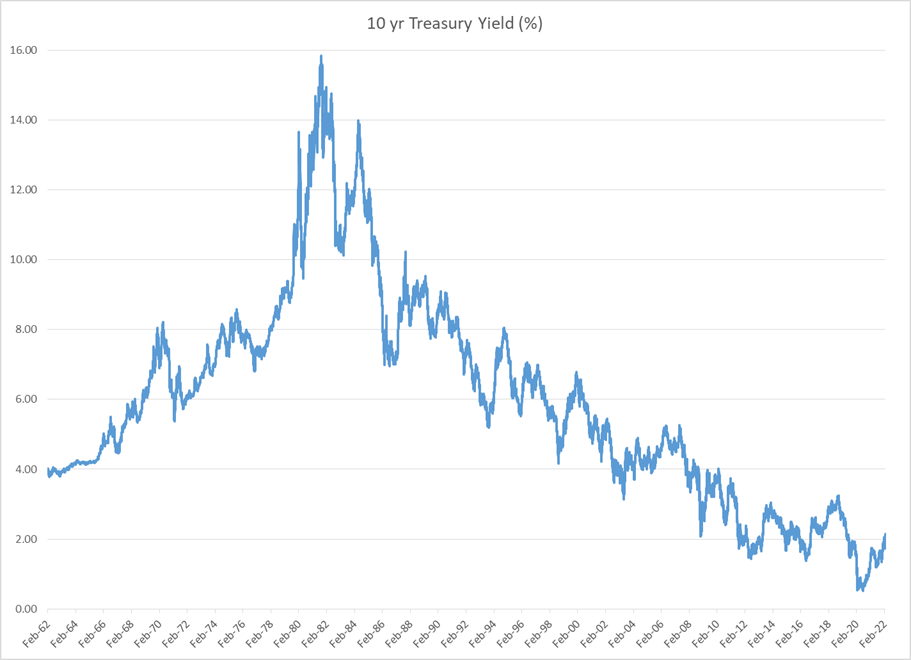