After a one-day selloff, energy prices have resumed their rally with WTI back north of the $40 mark, and refined products testing the top end of their recent trading ranges. Unlike earlier in the week, this move does not feel like it’s storm related, as Hurricane Delta’s path and intensity both made slightly favorable moves overnight. U.S. equities had their best day in three months Wednesday and are pointed higher again this morning, which seems to be carrying over to help energy contracts find a bid.

Delta’s path shifted further to the west in past 24 hours, moving the New Orleans and Baton Rouge area refineries further away from the expected landfall, but coming closer to the plants around Lake Charles and Pt Arthur. The current path has it making landfall Friday afternoon around 30 miles east of Lake Charles, which could be close to the best case scenario for refiners - if the area is going to be hit by a hurricane - as there will be no plants that will take a direct hit, or be within 100 miles of the more dangerous eastern side of the storm as it makes landfall. If the westward shifts continue however, the plants in Lake Charles that are just coming back online after Laura look like they’ll take another direct hit. As long as Pt Arthur and Houston stay on the western side of the storm, as they are currently, the odds of major pipeline disruptions to Colonial, Magellan and Explorer are low.

Another bit of good news is that the most recent projections estimate winds will top out at around 115 mph (Category 3) when yesterday, they were expected to be north of 130 (Category 4). We’ll see if those predictions hold true as it moves further over open water today.

The DOE’s weekly report didn’t do much to move prices Wednesday, as inventory changes were minimal, and demand estimates held steady. We should see more big moves next week as the industry prepares for Delta, and it’s likely we could see refinery runs dip even lower than we did then as we’re in the midst of fall maintenance. The EIA this morning detailed the impact on LNG exports from Hurricane Laura’s landfall, and with the paths so close, we should expect similar impacts from this storm.

The latest COVID refining casualty: Australia’s Ampol is planning on closing one of the country’s four refineries – in spite of government incentives to keep it operating for national security purposes - due to the ongoing demand destruction and subsequently weak margins.

A strike by Norwegian oil workers looks like it will move forward next week, which could take more than 300,000 barrels/day of production offline. That story has been getting credit for some of the strength in crude prices this week, but it may have little impact on total global supplies as Libya’s output has recently increased by nearly the exact same amount. 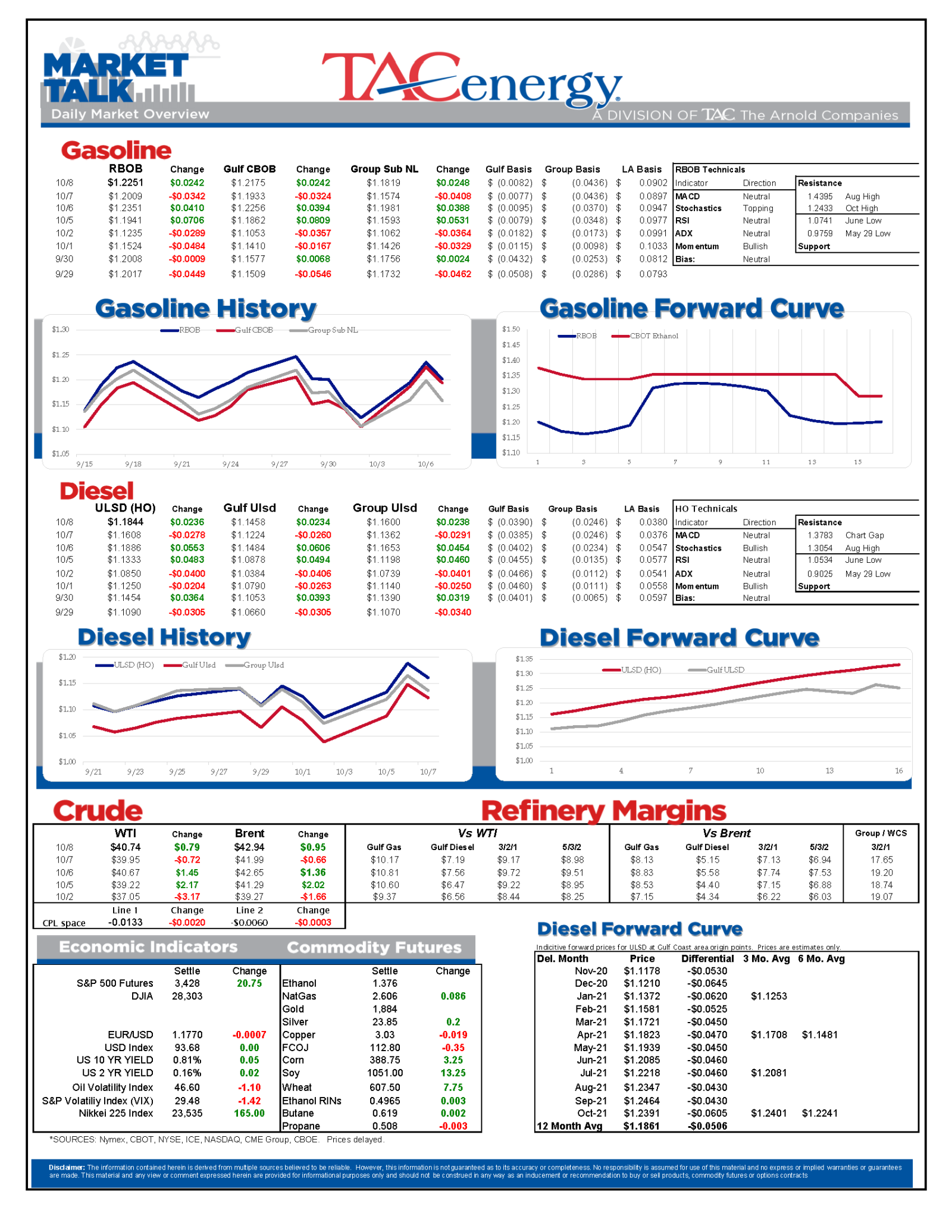 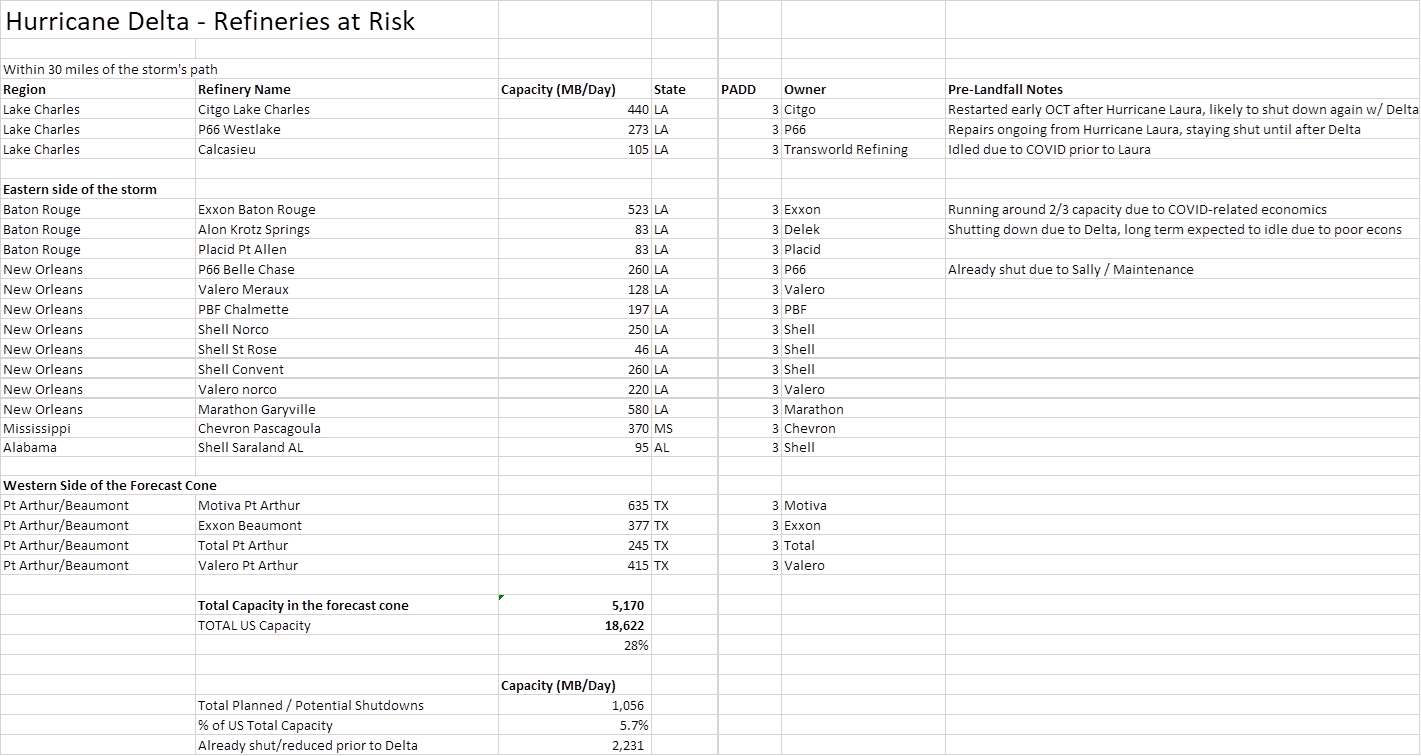 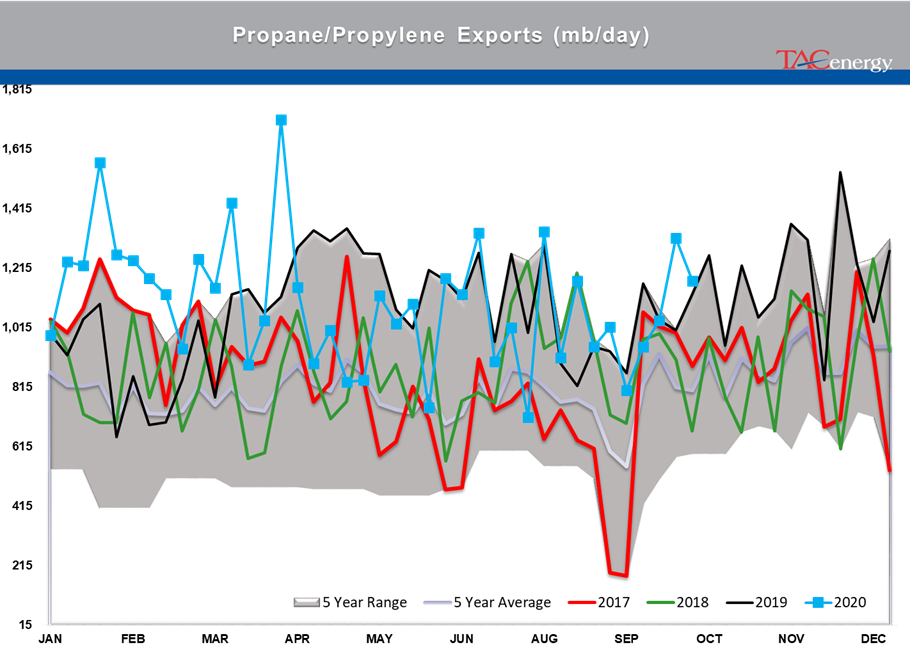