The July rollercoaster continues: We hit 6 year highs, then saw products drop 16 cents in 2 days, only to wipe out almost all of those losses the next 2 days with a strong finish Friday, only to see more selling pressure this morning. US equity markets are also pointed lower after touching fresh record highs last week, with the common culprit of COVID concerns being blamed for the selling in both asset classes.

Throwing in the towel? Money managers made sizeable reductions in their net length across the petroleum complex last week, after weeks of steady buying had pushed the large-speculator’s bets on higher prices at multi-year highs. The timing of the report data (which is compiled using Tuesday’s positions, and reported on Friday) coincides with the heavy selling we saw early in the week, before the big price bounce Wednesday, so it will be interesting to see if they tried to jump back on the bandwagon later in the week, or if this is the start of a larger liquidation that could help bring an end to the 8 month-long price rally.

While petroleum wagers subsided, money managers continued to increase their net length in California Carbon Allowances last week, which appears to be driving the increase in those CCA credits to new all-time highs.

Baker Hughes reported 2 more oil rigs were put to work last week, both of which came in “other” smaller shale plays that don’t get their own classification, while the Permian Basin (which accounts for more than half of all drilling activity in the country) held steady for a 3rd week. With oil prices reaching 6 year highs last week, there will be more focus on the rig count over the next several weeks as US producers engage in a high stakes game of chicken with OPEC producers to see who wants to bring their spare capacity back into the game while risking popping the oil price bubble.

Remember when the IMO 2020 fuel specification change was expected to wreak havoc on global diesel supplies, before COVID made that idea seem quaint? We may be in for version 2.0 of that phenomenon as the EU gets ready to announce major changes to its carbon market this week, which could mean more overhauls for shippers. 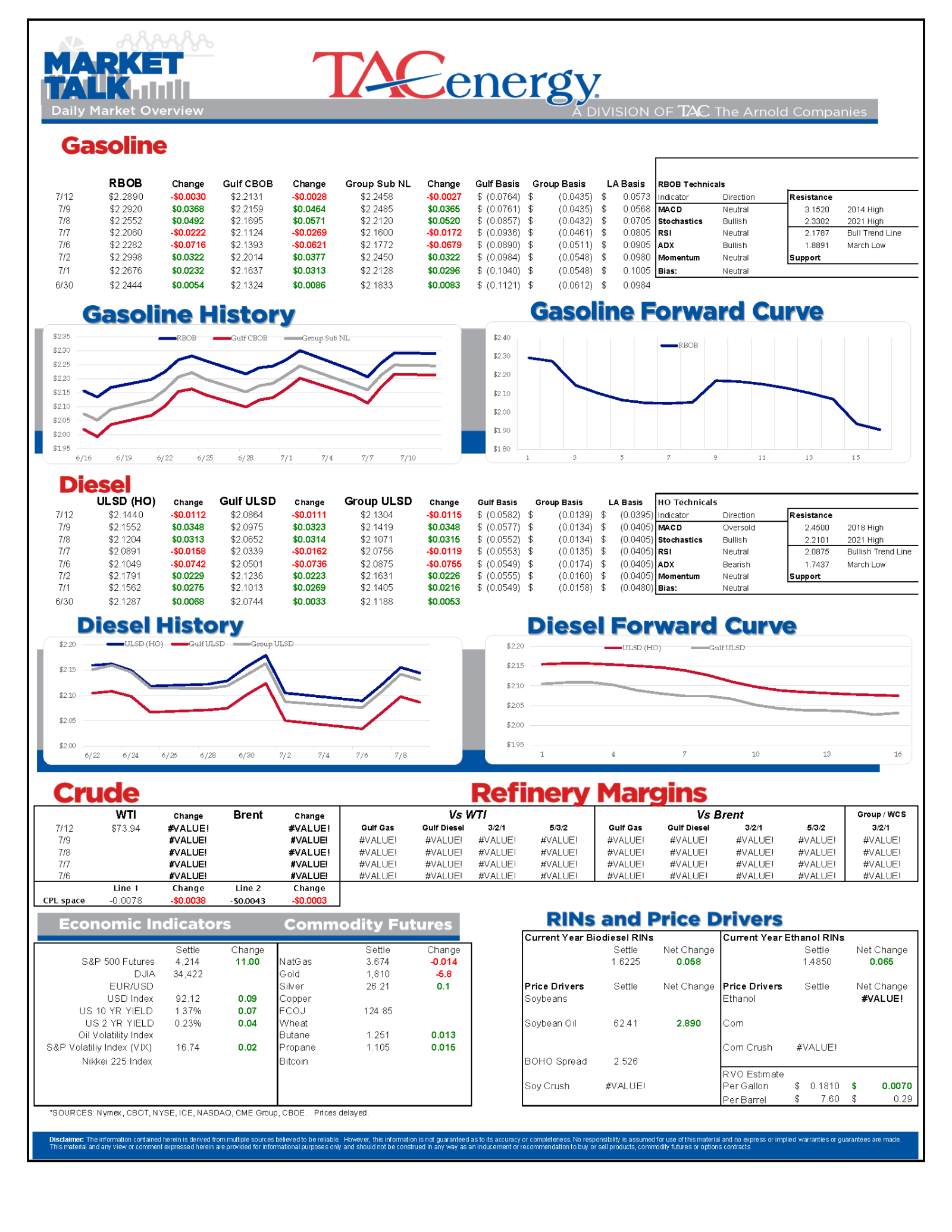 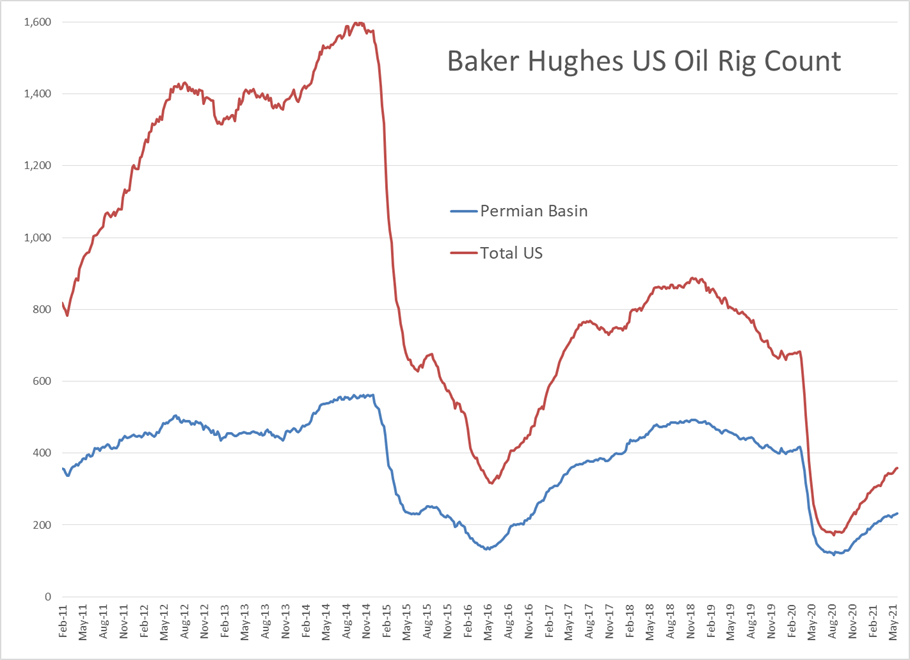