The fall rally in energy prices officially ended Thursday after a huge reversal in morning trade wiped out 7 cent gains for refined products, leading to more heavy selling the afternoon.   The complex is attempting to find a bottom this morning with modest gains, but the trend lines were broken this week, and the charts continue to favor lower prices in the weeks ahead.

In addition to the bearish technical outlook, the big physical players seem to be figuratively buying this selloff and literally not buying it as basis values in most US cash markets dropped for a 2nd straight day, adding to the severe losses in futures.

If you buy gasoline in the North East, you’re probably wondering why your prices went up yesterday even when RBOB dropped a nickel. Ethanol is the culprit as the price spike went completely off the rails yesterday, with values in the NYH area surging more than 50 cents on the day, after already jumping more than 40 cents this week. That jump in prices was enough to override the drop in gasoline, despite the 90/10 ratio between the two components.  The forward curve chart below shows how incredibly steep the backwardation has become thanks to increased production, and a profound inability to transport that product, with $1/gallon separating prices in Chicago over just a few months, and New York values are nearly $1 more expensive than that today.

OPEC & Friends made no changes to their current output agreement Thursday, and will meet again in the month. This lack of change was credited with both yesterday’s price pullback, and the rally overnight, which tells you how much those headlines are worth.  While the White House wasted no time in expressing their discontent with the cartel’s decision to only add 400,000 barrels/day of oil every month to global supplies, the Saudi Energy Minister clearly seemed to be growing weary of the criticism: “Oil is not the problem,” Saudi Energy Minister Prince Abdulaziz bin Salman told reporters. “The problem is the energy complex is going through havoc and hell.”

Another one bites the dust: Shell announced yet another refinery closure, with plans to shutter part of its German refining complex in the coming years, which would take roughly 150mb/day of capacity offline.  P66 meanwhile announced it would begin repairs to its Belle Chasse facility that was swamped by Hurricane Ida, although it’s still not clear whether or not that plant will ever operate as a refinery again.

US payrolls increased by 531k in October, and the previous two months estimates were revised sharply higher in today’s jobs report, knocking both the official (U3) and real (U6) unemployment rates down a couple of tenths. Equity markets and the US Dollar jumped following the report which was stronger than most predicted, and energy futures seemed to not care much.   This report could be another double edged sword however as the FED has made it clear this week that they’re looking for stronger employment as a signal before raising rates next year. 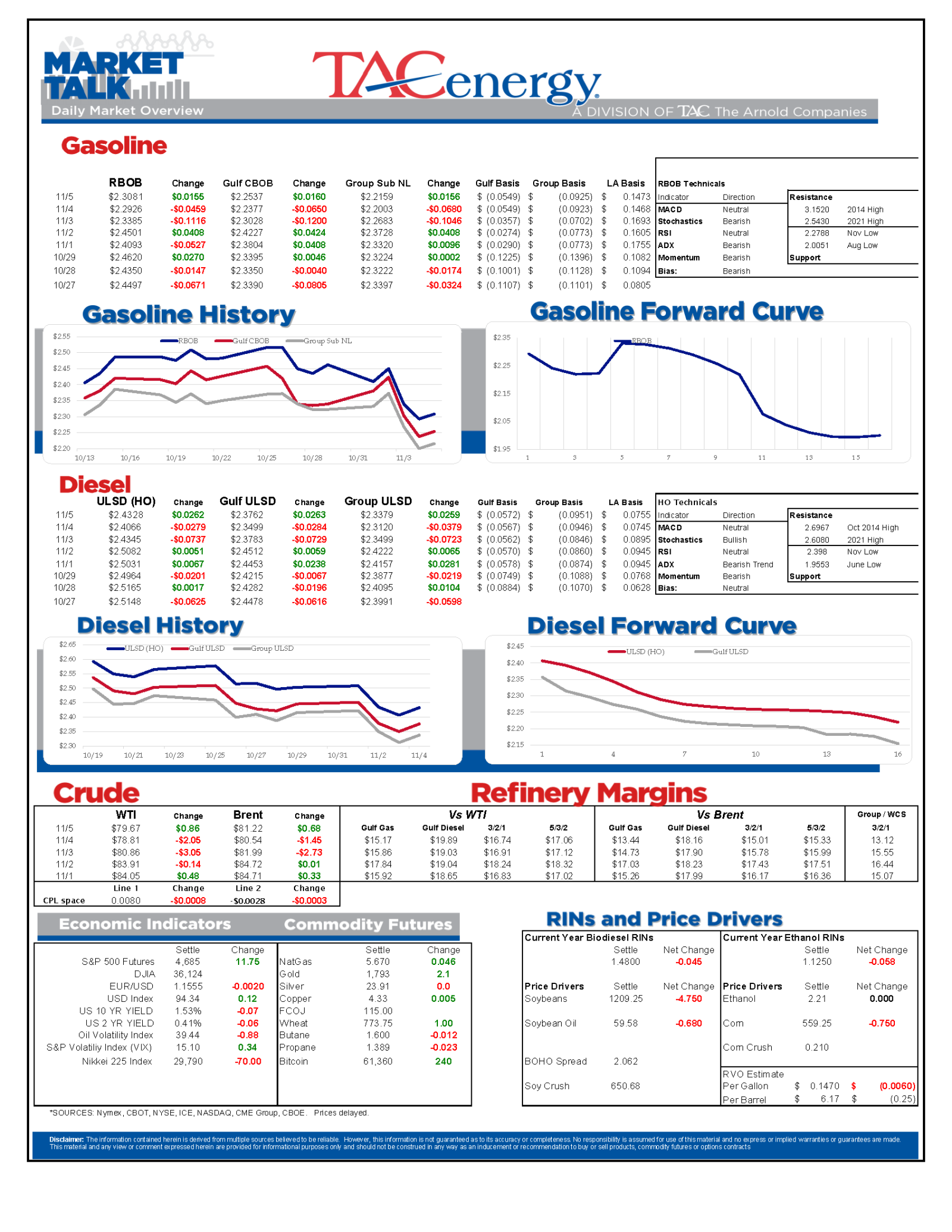 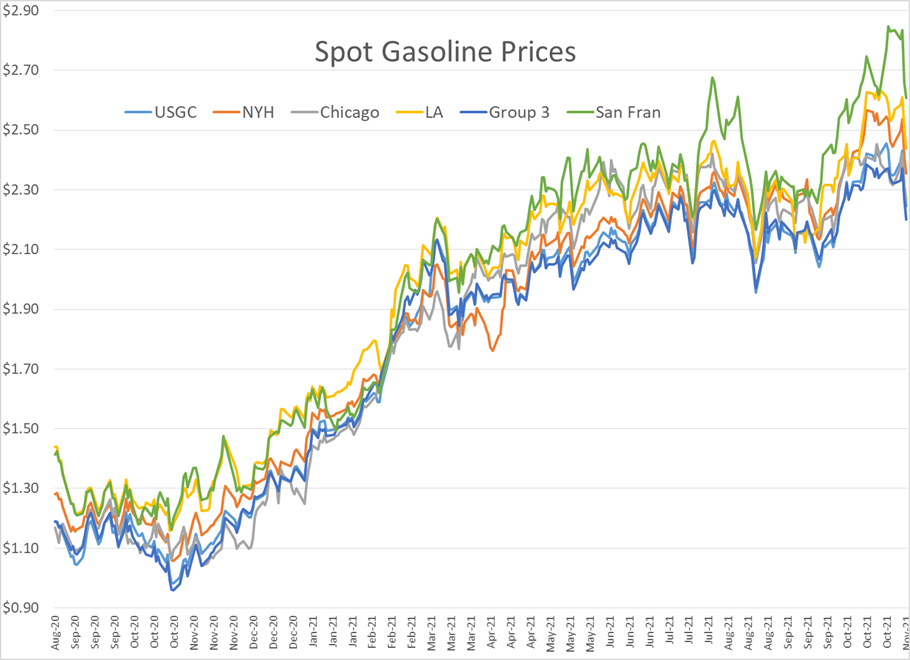