The energy bulls are on the ropes once again to start the week, with refined product prices touching 6 week lows, WTI struggling to hold onto the $80 mark, and charts continuing to suggest that lower prices may be ahead. Seasonal influences with driving slowing down and harvest activity ending also tend to work against product prices this time of year, and a warm fall has reduced concerns of a cold snap depleting natural gas supplies and forcing a run on diesel.

While the outlook for futures seems to be getting more bearish by the day, physical markets across the country are telling a much different story with pockets of tight supply for both gasoline and diesel continuing to challenge suppliers who can no longer rely on long haul trucking to help heal the situation.

Tighter than normal gasoline supplies along much of the East Coast, and ample supplies along the Gulf Coast have widened the spread for RBOB gasoline prices between the two markets to a two year high north of $.16/gallon. Colonial linespace values for gasoline have followed suit, also reaching a new 2 year high at 3 cents/gallon Friday. A steeply backwardated forward curve in the NYH seems to be the only thing keeping a lid on those premiums as prices will drop about a nickel in the time it takes to get space on the line, until when it will actually deliver at the end of it.

Adding to the extreme backwardation in the region, ethanol prices in the NYH jumped back to the $4/gallon level Friday, and LA spots are following close behind. West Coast gasoline values meanwhile continue to push into the stratosphere as refiners are still struggling to make up for the numerous disruptions we’ve seen in the past 2 months and deal with the long term reality that the state is going to require billions more in investment to continue operating.

Diesel supplies meanwhile are tight across the Southwestern US with markets from El Paso to Phoenix seeing the largest rack spreads since SNOVID shut down every refinery in Texas last February.

The weekly commitments of traders report is delayed in the US until today due to Veteran’s day, but we did get a look at ICE contracts where Brent crude saw money managers liquidating length for a 4th straight week as prices retreated from 7 year highs. Gasoil (European’s version of ULSD) contracts meanwhile saw a slight increase in net length despite a large jump in new short positions added during the week, suggesting the big money funds aren’t throwing the towel in on higher priced energy contracts just yet.

Baker Hughes reported a net increase of 4 oil rigs drilling in the US last week as producers continue their slow recovery despite high prices. Most notable in last week’s report was a drop of 5 rigs in New Mexico and an increase of 10 in Texas, suggesting Permian producers may be moving away from Federal land in NM in favor of private lands in TX, based on the campaign promises of the President to stop drilling on public land. In reality however, the Biden administration is on pace to approve more drilling permits than his predecessor as high prices prove once again to be more influential than political leanings. 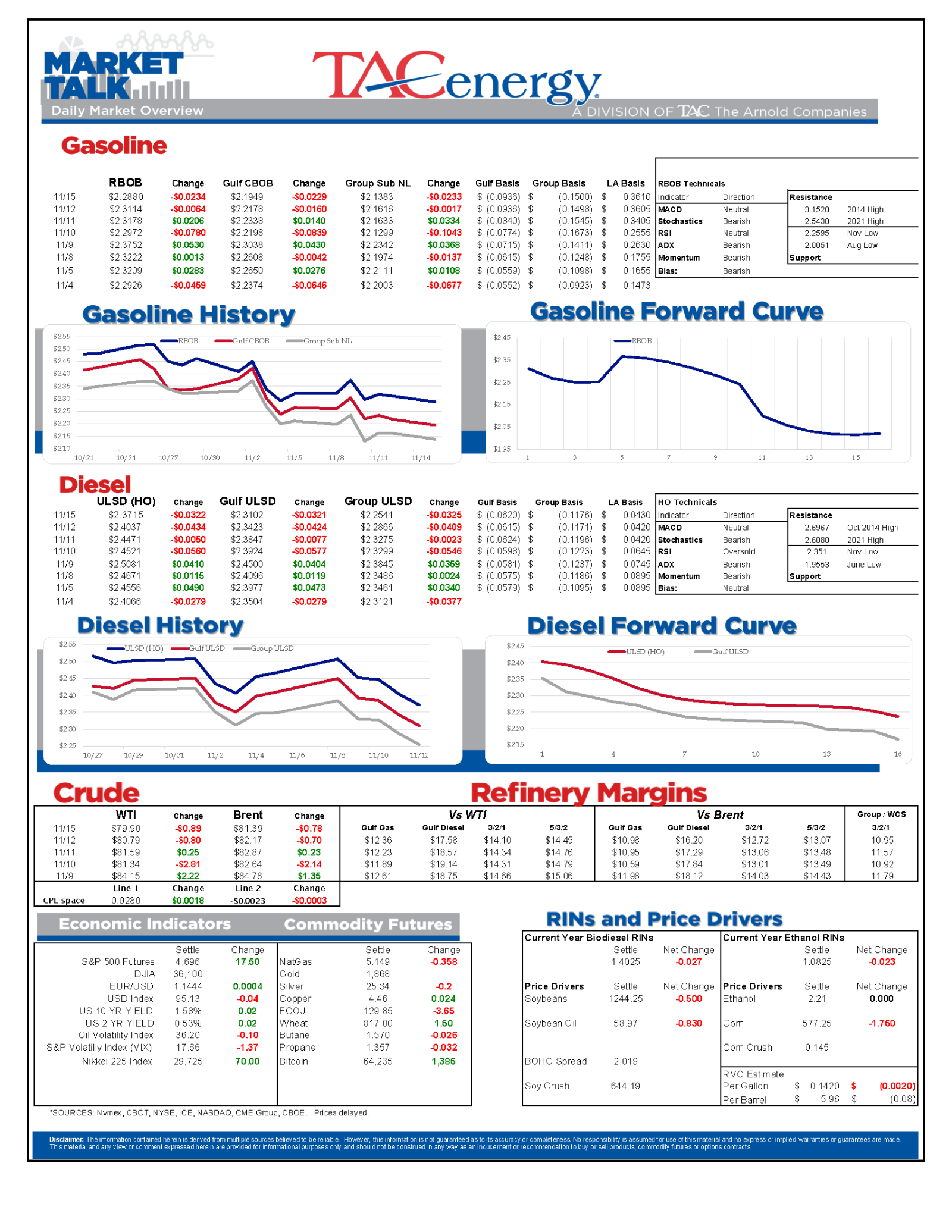 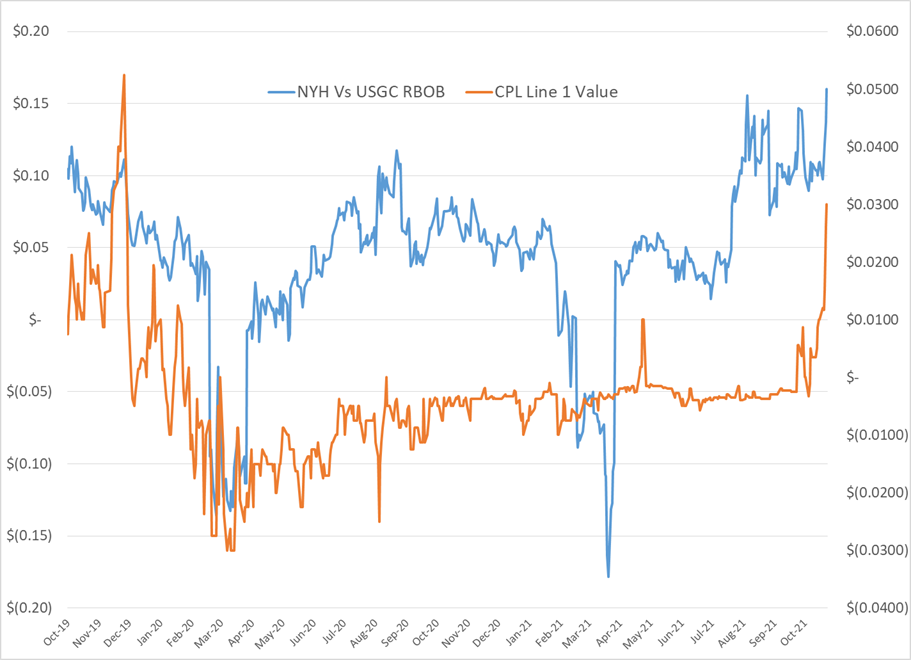 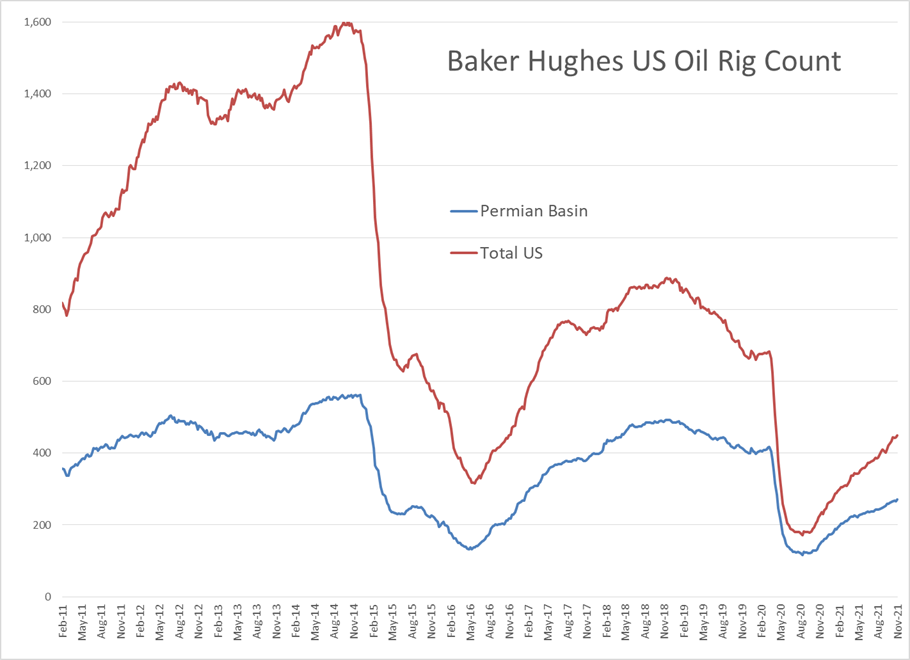