The Bulls Survived A Big Test On Monday

The bulls survived a big test Monday, bouncing sharply off of 6 week lows and continuing to rally overnight, putting the risk of a price collapse on hold for now, although weekly charts continue to favor a move lower by year end.

Multiple refinery snags seem to have helped contribute to the sudden about-face in prices Monday, including reports that the country’s largest refinery was having to reduce production after a failed unit restart a month after an unplanned shutdown. The other indicator that the move was supply driven was that time spreads continued to strengthen, pushing several contracts into even steeper backwardation.

Between the COP26 pledges and 2,700 page US “infrastructure” bill, there’s a lot of data to sort through this week that could theoretically at least impact energy markets. Based on the price action in petroleum futures, the early reaction from the market is that none of this is going to have much impact any time soon. Read here on how the funds from this new law will flow through state governments, starting 6 months from now.

One relatively small (you know, only $5 billion) piece of the bill signed yesterday will be good test for EV market, as it provides funds to buy battery powered school buses. How the industry can handle this process, whether or not those buses can even be produced any time soon, may go a long way to signaling the viability of the electric car dreams held by so many. Meanwhile, how to power those vehicles will certainly become a growing point of contention as coal prices in the US have reached a 12 year high.

Supply chain snags are slowing the gains in US crude oil output, and helps explain why the drilling rig count haven’t jumped more with prices at 7 year highs. Here too the rapidly changing climate landscape may be playing a role, as a WSJ article this morning suggests that funding for US drillers will be more challenging after COP26, which may mark the end of decades of cheaper production.  Of course both points are welcome news to OPEC, who is already urging caution from producers as signs mount that the world is shifting to a crude surplus.

Speaking of which, the IEA noted the rise in supply in its monthly oil market report. A few highlights from that report are included below.

-The world oil market remains tight by all measures, but a reprieve from the price rally could be on the horizon. Contrary to hopes expressed in Glasgow at COP26 this is not because demand is declining, but rather due to rising oil supplies.

-Global oil production is already rising. In October, oil supplies leapt by 1.4 mb/d … A further boost of 1.5 mb/d is expected over November and December even as OPEC+ disregarded pleas from major consumers to ramp up beyond a monthly allocated 400 kb/d to cool prices.

-Refinery activity is picking up after autumn maintenance, while end-user demand is on track to strengthen further as more countries open up to international travel 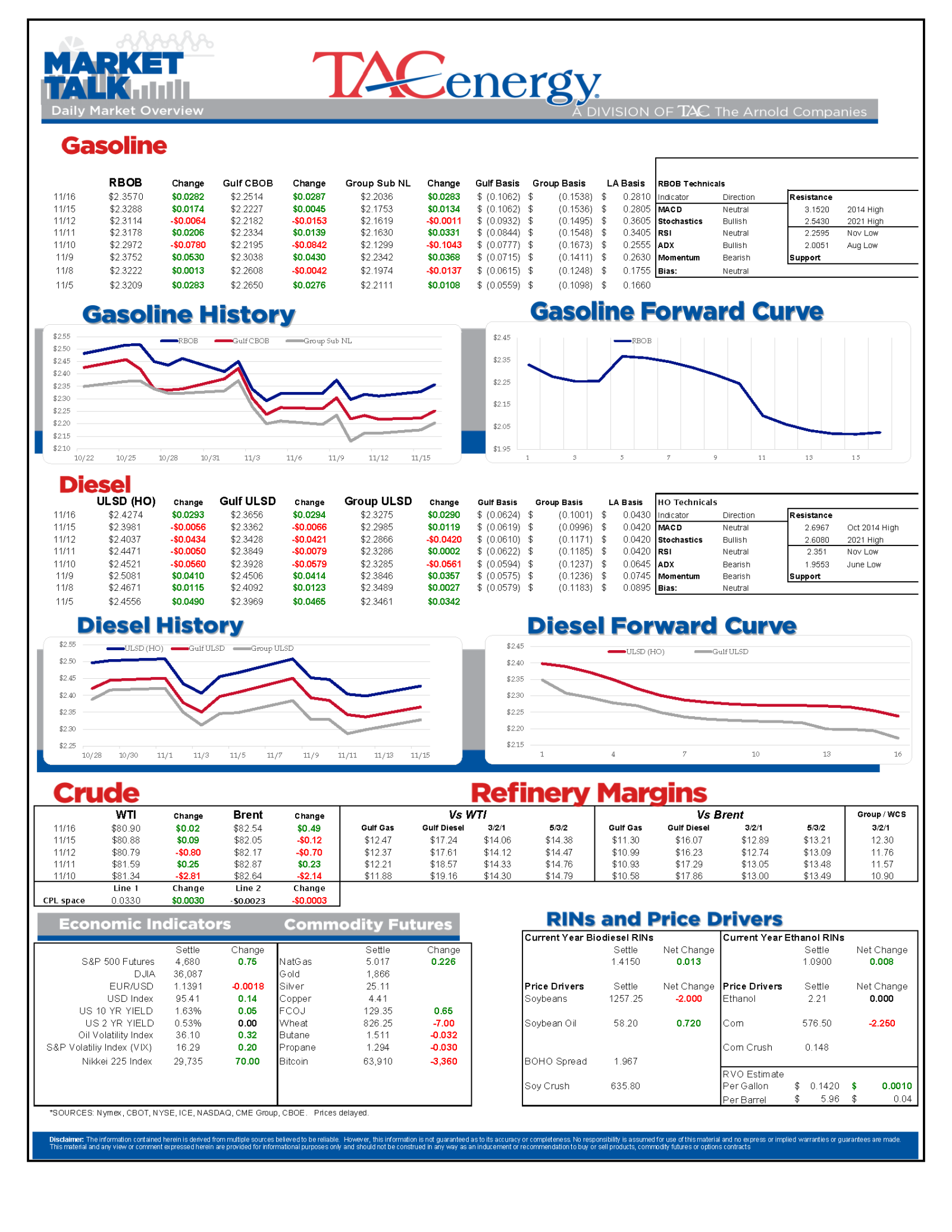 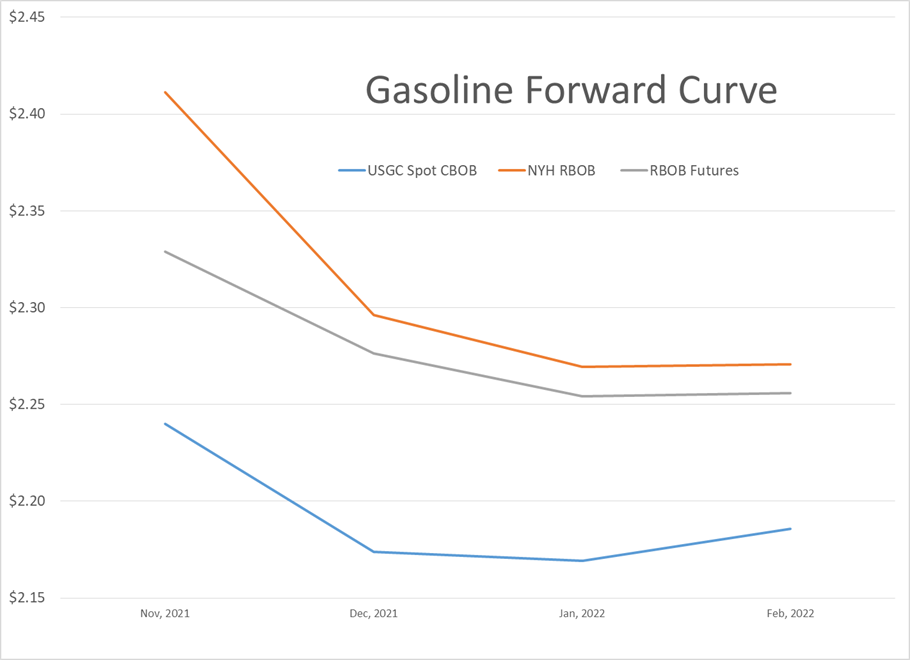