The Bulls Have Scored An Emphatic Victory To Start The Week

The bulls have scored an emphatic victory to start the week, with diesel prices bouncing 25 cents off of the lows set yesterday morning, and putting the complex back into neutral territory after threatening a technical breakdown. RBOB gasoline futures have rallied 18 cents since Monday morning, while WTI has rallied more than $4/barrel.

Los Angeles gasoline prices have surged again in the past 2 sessions, trading back near $1.50 premium to October RBOB even as San Francisco premiums have dropped below $1/gallon.  There’s not much time left for traders to schedule summer-grade gasoline in the local pipeline systems, which is likely to spark the inevitable price crash that everyone knows is coming, but no one can say when.

California’s LCFS values dropped to a 5 year low Monday, as a surge in new renewable diesel production has finally reached the market and created an excess supply of those credits.

Depending on the Carbon Intensity (CI) score of the product, this drop in LCFS values has knocked anywhere from 40-50 cents/gallon from the value of credit for biodiesel producers, to 75-95 cents/gallon for renewable diesel producers. Think about how your business may change to make a penny/gallon, and then think about how big of a deal this drop in credit values may be for those producers, particularly given the ongoing competition for feedstocks from biodiesel and SAF producers.

The good news for renewable producers is that RIN values have remained elevated and helped to offset some of the drop in LCFS credits, and in total RD producers can still earn nearly $5/gallon in total environmental subsidies, which makes competing with $3.50 ULSD a lot easier.

While Hurricane Fiona batters island nations throughout the Caribbean and North Atlantic, it is largely sparing energy supply infrastructure. There’s another storm system given 50% odds of developing this week however that looks like it could get into the Gulf of Mexico and will need to be watched closely. That storm would be named either Gaston or Hermine depending on how another system in the North Atlantic (with 80% odds of developing) behaves over the next few days. 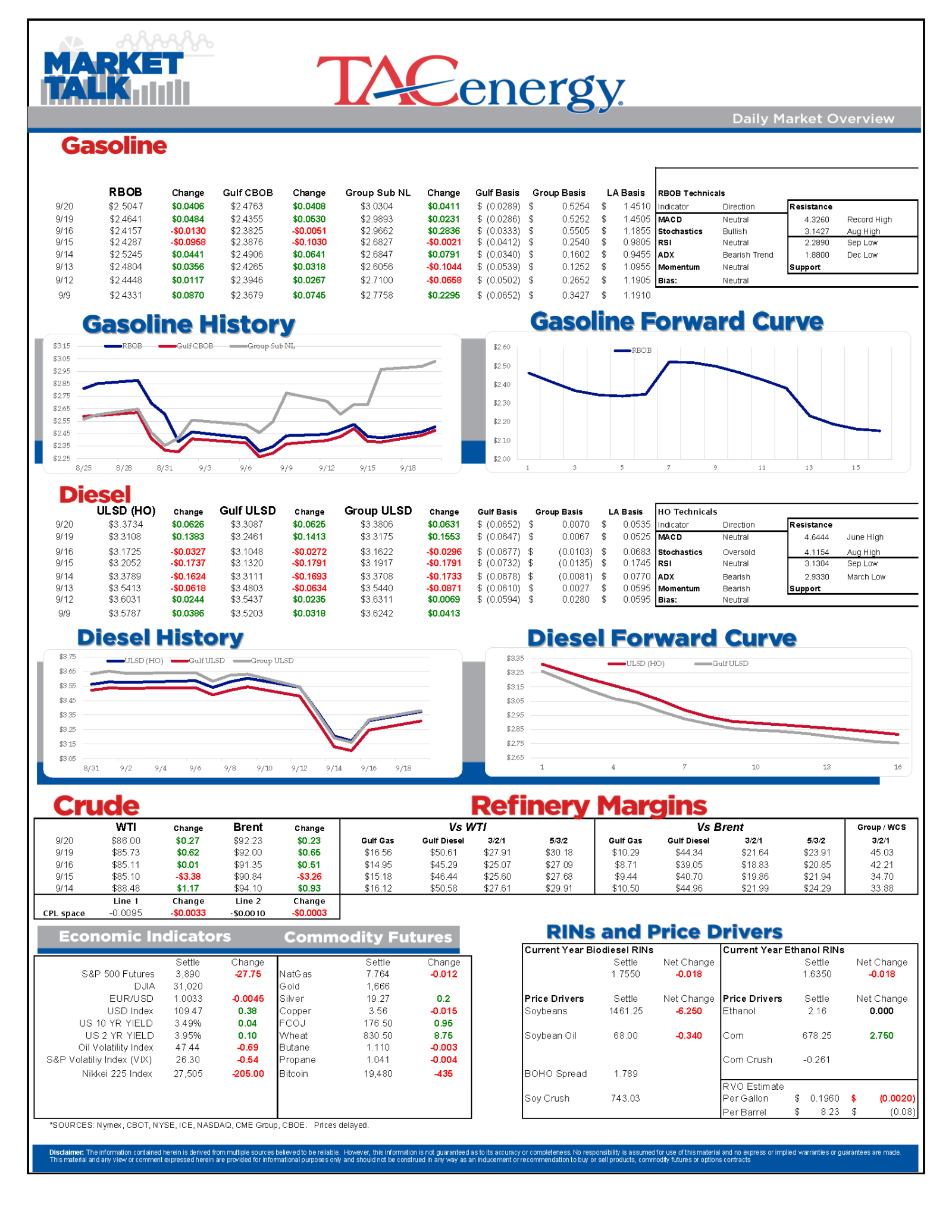 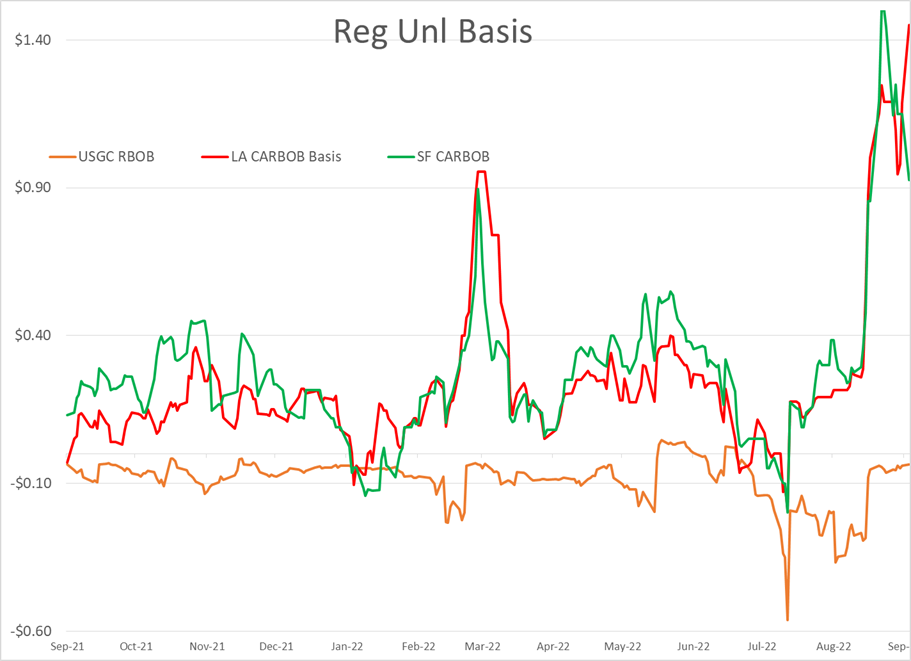 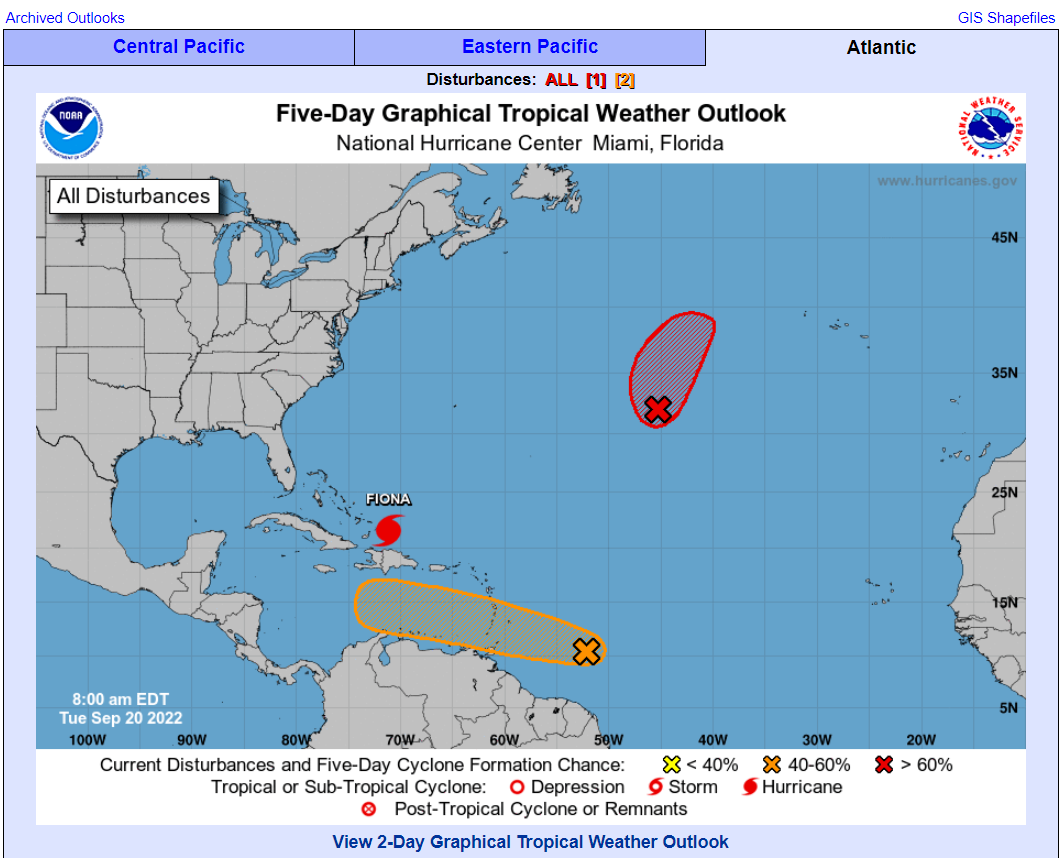