The technical trapdoor has opened and energy prices fell right through with refined products dropping more than a dime since Tuesday’s close. Fear continues to be in the driver seat across multiple asset classes as U.S. equities had their biggest one-day selloff since June, while energy futures were reaching multi-month lows.

Yesterday’s DOE report was actually more bullish than the API report that got credit for an early wave of selling, with gasoline and diesel stocks declining and demand increasing across the board, but it did little to slow the downward momentum. Now that support is broken on the charts, and traders appearing to fixate more on where demand is headed instead of where it is, it looks like the next stop is $34 for WTI and $.96 for RBOB unless the bargain hunters start stepping in soon. ULSD prices still have not broken their September lows, but if they do break $1.06, it looks like they’ll make a push towards the $1 mark as well.

How 2020 is this? A hurricane made a direct hit on one of the country’s largest refinery clusters Wednesday, and that wasn’t even the biggest refining news of the day.

PBF announced it was halting fuel production at its Paulsboro, NJ facility due to the ongoing demand destruction and weak economic outlook for refining in the region. The facility may reopen in a limited capacity when demand recovers, but will be focused on providing feedstocks to PBF’s other east coast refinery in Delaware City. 18 months ago, the east coast (PADD 1) had 1.2 million barrels/day of refining capacity, when PES shut down that dropped to 889,000 barrels/day, and with Paulsboro offline will fall to roughly 723,000 barrels/day. That 40% decline in less than two years is certainly a big deal, but should not have an immediate impact on supply as actual run rates in the region are currently below 600,000 barrels/day. There is capacity on pipelines from the Gulf Coast and from waterborne vessels to cover this drop in production – particularly at current demand levels – but that loss of production will create the potential for supply bottlenecks, particularly in the Philadelphia market when summer demand is at its peak and VOC restrictions on RBOB limit supply.

Zeta made landfall as a strong Category 2 hurricane Wednesday night, with winds around 110 miles an hour (just 1 mph below Category 3 status). The storm passed within about five miles of the Valero/Meraux and PBF/Chalmette refineries as it moved through New Orleans. Earlier reports suggested that the NOLA-area refineries planned to operate through the storm, but now it appears that power outages have taken several of them offline temporarily while damage assessments are underway.

Make no mistake, in any other year, having five tropical systems hitting refining country and knocking multiple refineries offline in one season would be cause for sharply higher prices, and potential shortages throughout the region. This year, Gulf Coast cash markets have barely flinched and futures are tumbling due to the lack of demand that means there’s plenty of capacity to offset the storm-induced outages.

An EIA report Wednesday showed how tanker rates that spiked into the spring due to the super-contango forward curve have now reached their lowest levels in nearly two decades and are expected to remain at low levels until global demand recovers. 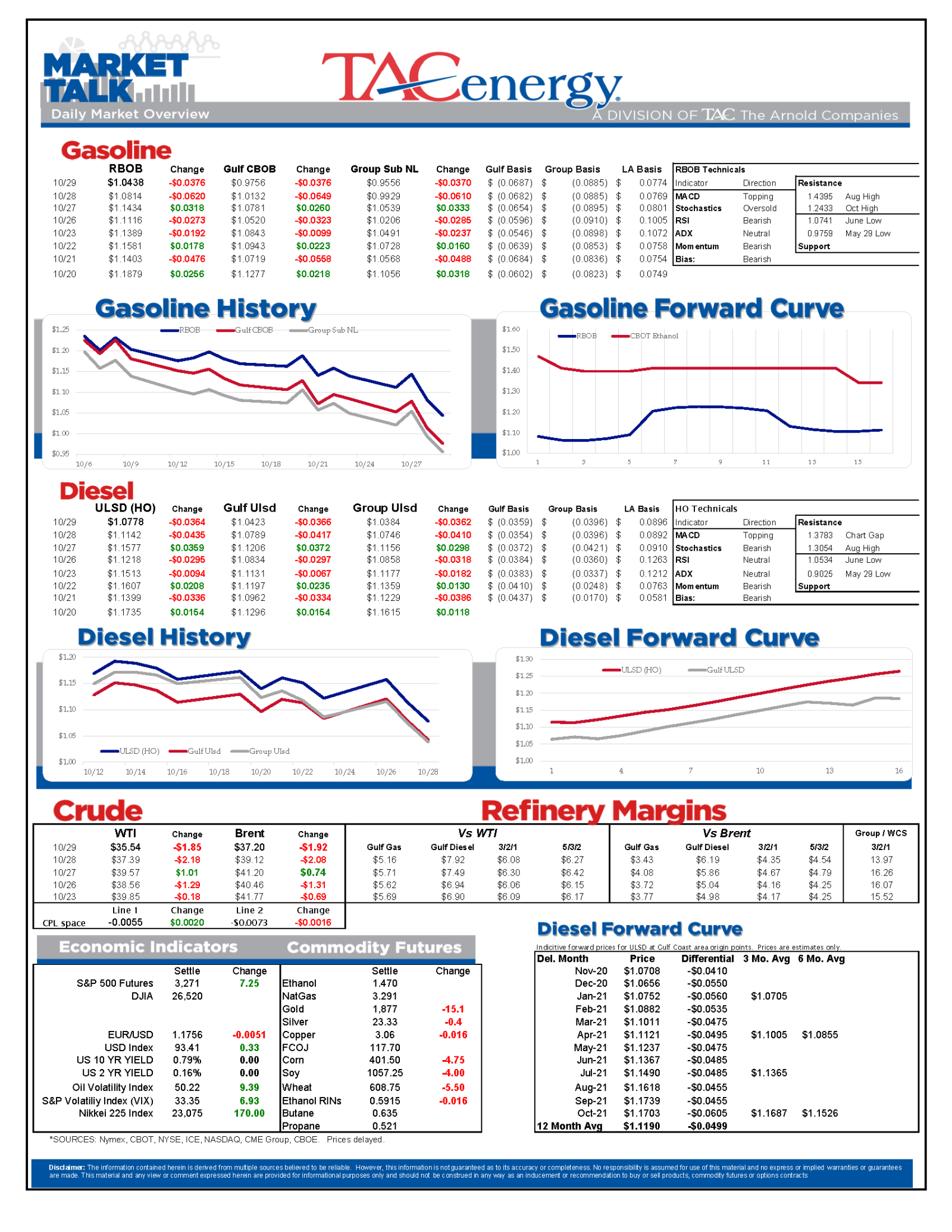 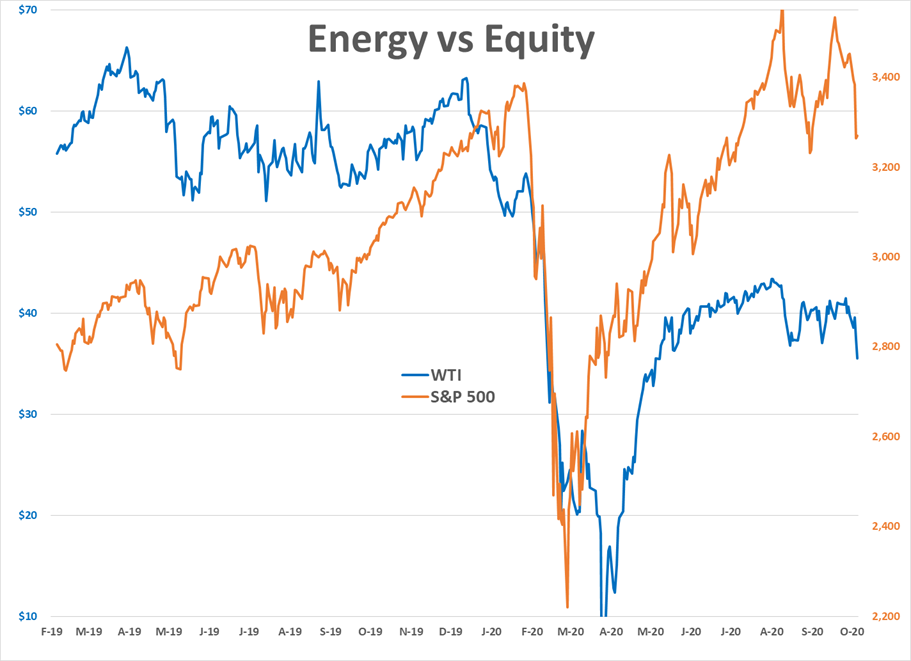