Energy prices are back on the move higher after a late-day surge Tuesday and continued gains overnight. ULSD prices have reached a new six-week high during this latest buying spree, while RBOB and WTI contracts are still trading below the levels set early last week, leaving the technical outlook murky near term.

OPEC & Friends decided they didn’t need an official meeting today, and decided they could stick with their current output cut plans through July. Their next meeting to review output is scheduled for June 1.

RIN prices set new all-time highs Tuesday as the surge in grain prices continued, at the same time the Supreme Court heard arguments for and against small refinery exemptions to the Renewable Fuel Standard. The case hinges on the meaning of the word “extension” and if the circuit court rulings are overturned, could knock the wind out of the RIN rally, although the new EPA administration (which supports the lower court rulings) could counter by increasing the RVO that have still not been finalized.

There’s plenty of geopolitical news to keep the bulls engaged in energy prices this week. Saudi Arabia foiled another attempted attack one of its ports, the Iranian Navy is trying to make waves again, and new Russian sanctions may force a refinery to seek new oil supply sources.

Today’s interesting read: Why the shortage of truckers may mean shortages of retail gasoline in some markets this summer. 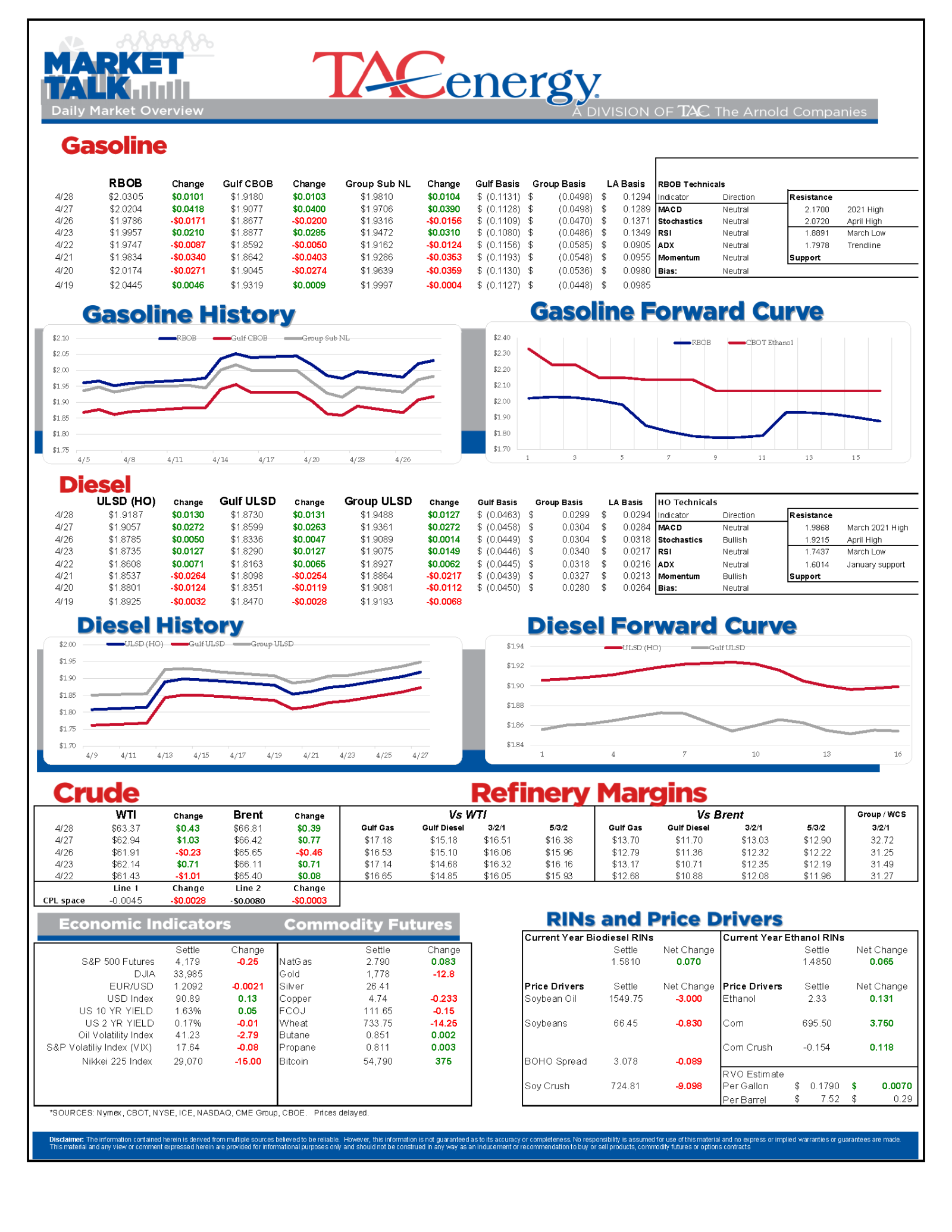 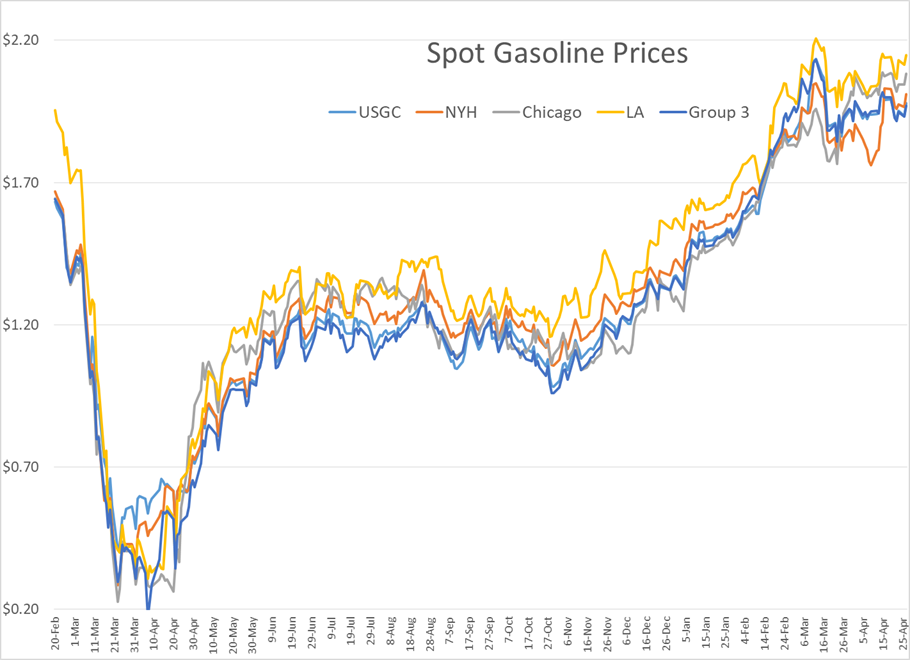 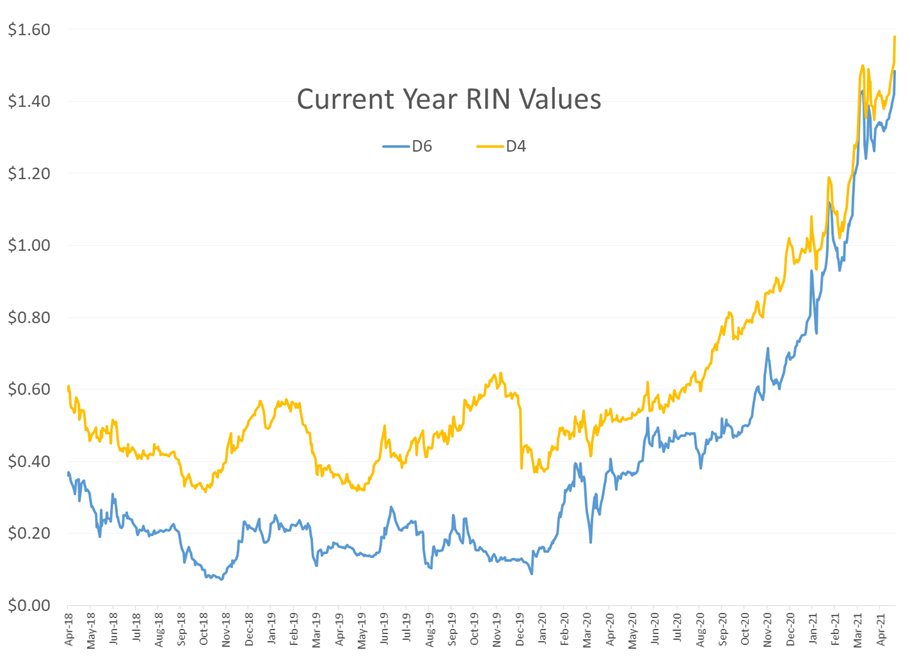