The roller-coaster is pointing higher this morning as stocks point to a five percent rally after suffering their worst day since 1987. RBOB gasoline continues to be the most volatile of the energy contracts this week, with 25 cent losses Thursday transitioning to 12 cent gains Friday morning, while oil and ULSD have seen swings less than half of that size.

When Thursday’s gasoline collapse settled out, prompt values for most Midwest and East Coast cash markets were below 80 cents/gallon, with Chicago CBOB taking the title as cheapest in the country, ending the day just below 75 cents/gallon. In several instances, those were the lowest prices we’ve seen since 2008. The speed of the drop this week should be an early gift for retailers, that will see huge margins that might help them weather the anticipated drop in demand over the coming weeks.

With gasoline cracks dropping nearly eight dollars/barrel on the day, it appears that some U.S. refiners may be forced to act by either reducing run rates, or moving up maintenance, both due to weak economics, and what could turn into containment issues very rapidly if some of the more dire predictions about driving demand come true.

The plunge in gasoline was also a drag on ethanol and RIN values, as both blending economics and demand expectations for bio-fuels took a big hit on the day.

While ULSD prices have been volatile, they’re paling in comparison to gasoline this week. Perhaps the most notable piece of the diesel price action is the forward curve. A month ago, the spread between prompt and three-year forward values was six cents/gallon, and today it’s nearly 43 cents/gallon, demonstrating the market’s anticipation of the demand shock hitting hard, but not lasting very long.

Crude spreads have seen similar moves as diesel. See what Warren Buffett had to say about those spreads and expectations for oil demand.

With all that’s gone on the past two months, it’s easy to forget that at the start of 2020 there were concerns that a war with Iran could send crude oil north of $100/barrel and cripple the world economy. This week, U.S. forces battling with Iranian-back militias is barely even hitting the news wires. 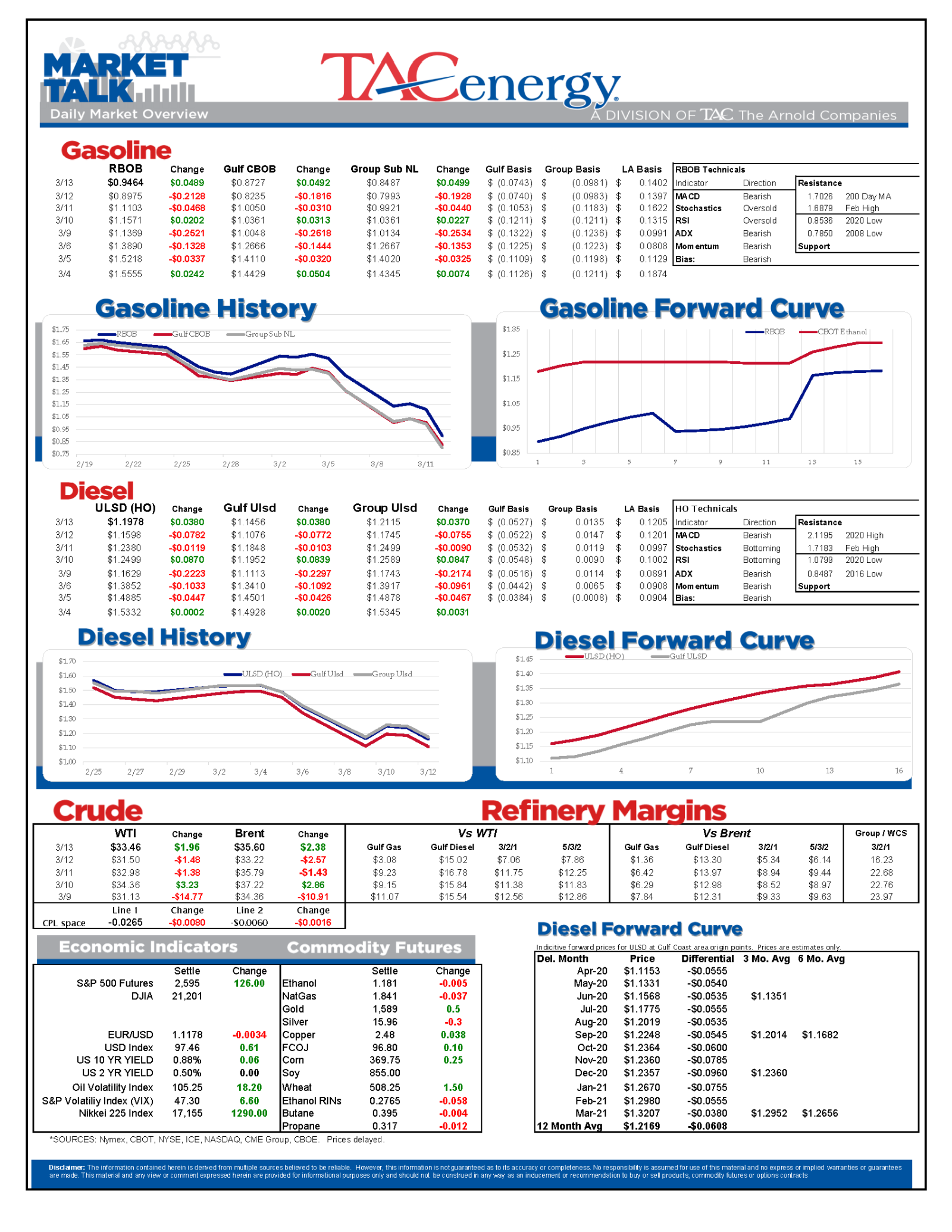 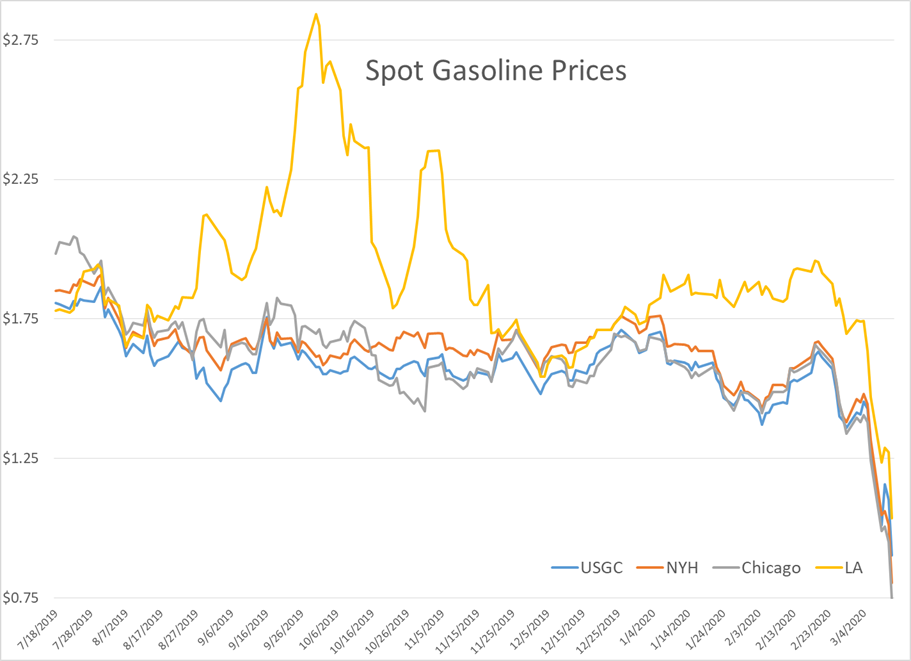 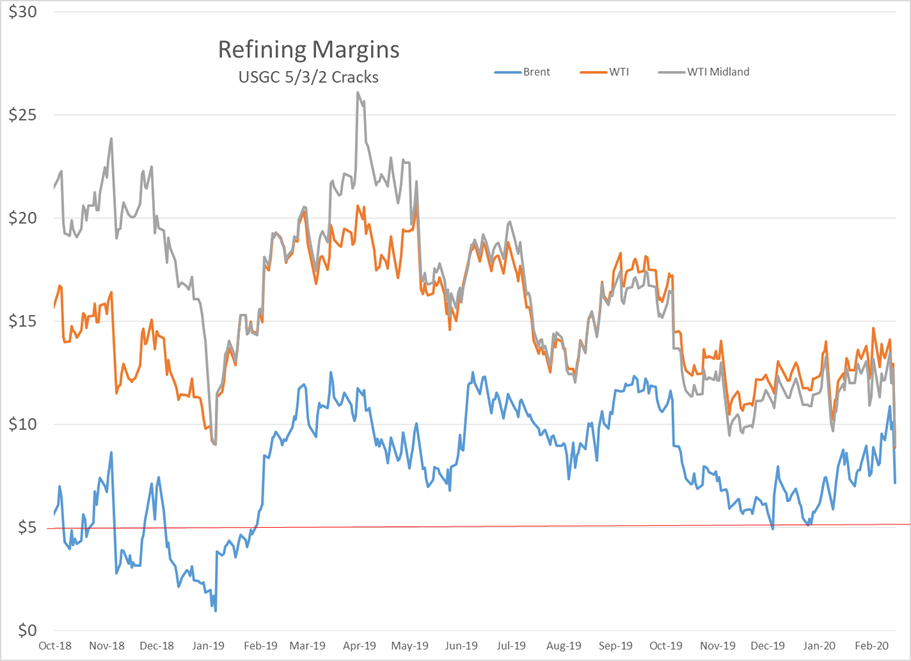