Stock Markets Around The World Are Tumbling

Oil prices surged north of $100, and several RBOB and ULSD contracts traded north of $3/gallon overnight, up nearly 20 cents/gallon so far this morning, after a full-on Russian assault of Ukraine. Stock markets around the world are tumbling, as solutions to this conflict seem to all come with a high level of economic and/or human damage.

More sanctions have already been promised by the US and allied countries, and Ukraine has requested that Turkey close off the Black Sea straits, which would block Russian warships, and roughly 2 million barrels/day of oil shipments.

So, how high can prices go now?  The charts show a pretty strong band of resistance for crude oil around the $110 range, which repelled rallies in 2011, 2012 and 2013, prior to prices collapsing late in 2014.  For refined products there’s a wider range between $3.20-$3.40 that acted as a price ceiling during those years, that should at least act as a stopping point if this rally continues. If for some reason prices break through those chart layers, then we’d target the 2008 highs. That said, the best cure for high prices is high prices, and this latest spike may end up forcing prices lower later this year by forcing drivers off the road and travelers to reconsider their European vacations.

As the charts below show, the US does import oil and refined products from Russia, but the relatively small fraction of the country’s declining import demand should be replaceable and most likely swapped with barrels that would otherwise go to a sanctions-resistant buyer like China.

While the war in Ukraine will no doubt dominate headlines, the pipeline formerly known as Plantation was closed Wednesday to investigate a possible leak in a suburb of Atlanta.  While there are no reported connections between the situations, the timing is certainly a harsh reminder that Russian hackers took the nearby Colonial pipeline offline for almost a week last year, and that new cyber-attacks should be expected if the new cold war continues to escalate. The winter storm sweeping the eastern half of the country may delay the repairs on the plantation line, but it’s also keeping many drivers off the road so it may not have as much of an impact on regional supplies if it can come back online in a day or two.

While the 7-8% increases in oil and refined product futures are obviously a big deal, they pale in comparison to natural gas prices in European markets that are up roughly 30% on the day so far.  As has been widely reported over the past few months in the runup to this conflict, Europe gets roughly 40% of its natural gas supplies from Russia. The EIA this week highlighted how the US, Qatar and Russia account for 70% of all European LNG imports, but the unfortunate reality is there simply is not capacity currently to replace the Russian supplies. 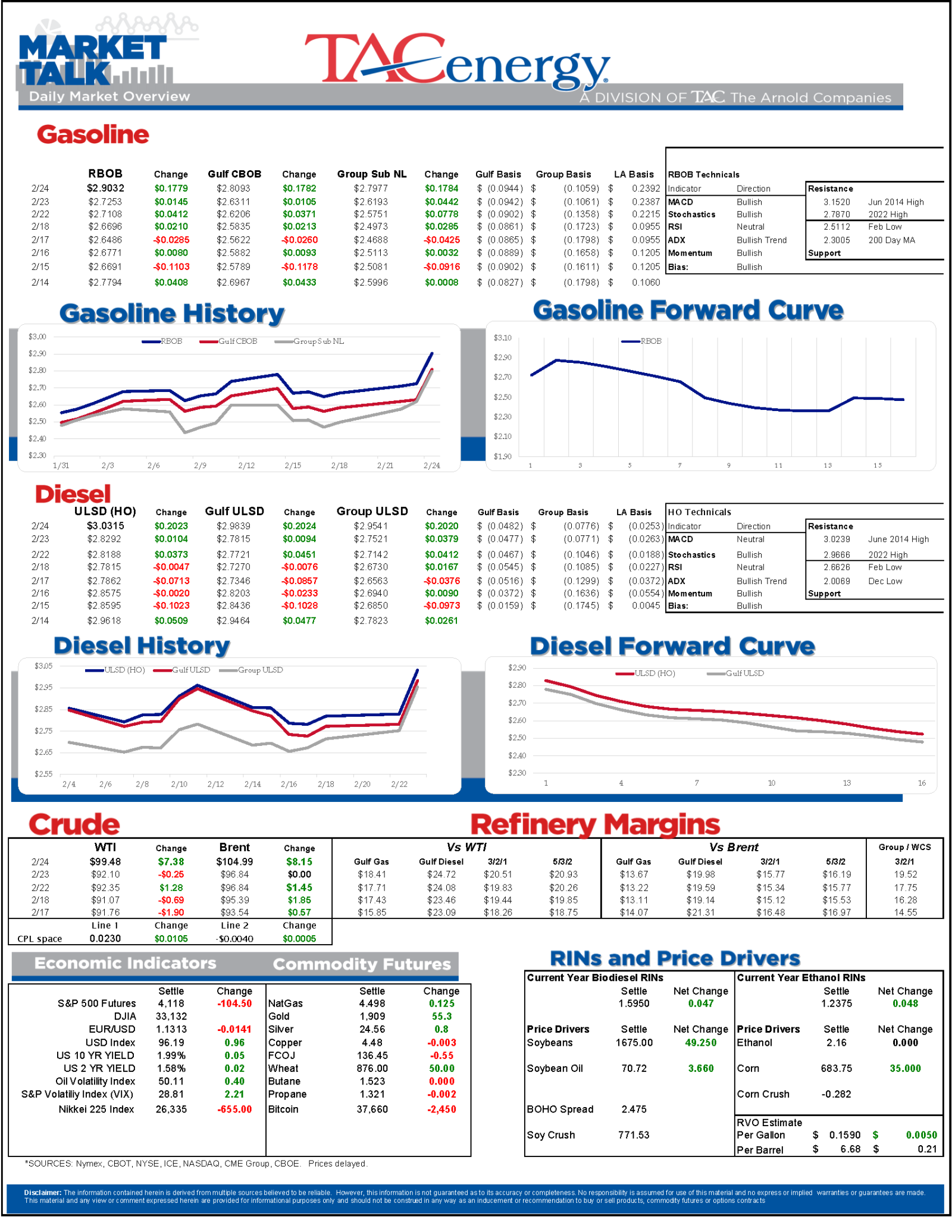 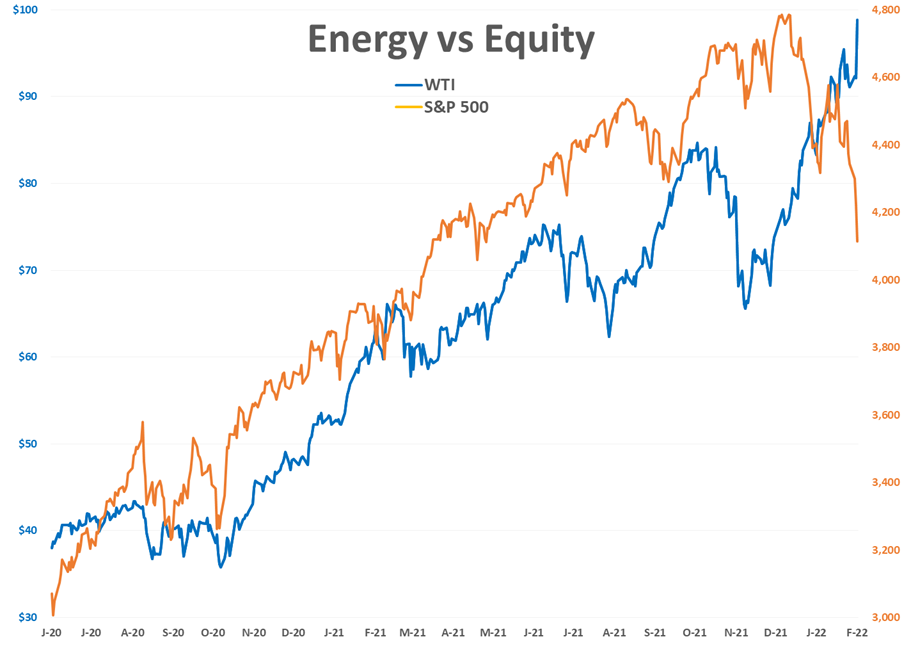 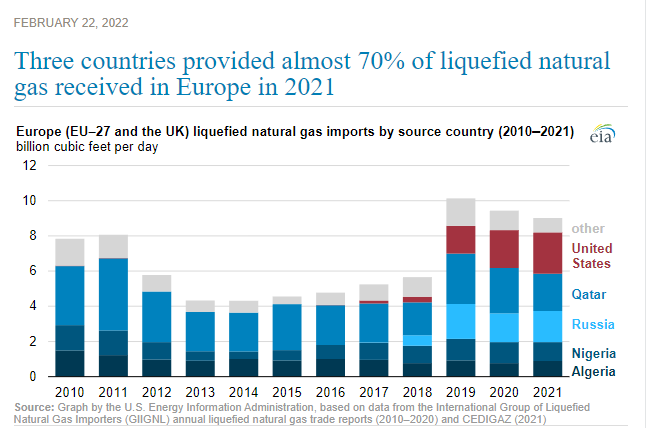