Solid Gains Posted As Trading Winds Down For Holiday

Energy and equity markets are cheering a strong jobs report this morning, posting solid gains as trading winds down for the holiday-shortened week.

The June payroll report showed another strong month for the recovery in U.S. employment with 4.8 million jobs added during the month. The headline unemployment rate dropped from 13.3 percent to 11.1 percent, while the U-6 rate dropped from 21.2 percent to 18 percent. Those figures were better than most forecasts, similar to what we saw in May’s report, suggesting the recovery on the street is much stronger than we see on the news. The big question for July will be whether or not this trend can continue now that states are having to reverse some of their reopening plans.

Spot markets will not be assessed tomorrow, and although there will be an abbreviated NYMEX trading session (you mean the rest of the world doesn’t celebrate July 4th?) there will not be settlements for those futures contracts, so most rack prices posted tonight will carry through Monday.

The latest in the political football known as the Renewable Fuel Standard: Senators from Big Oil and Big Ag states are both separately threatening to block nominations of EPA officials until the agency updates the RFS. At least they finally agree on something. Meanwhile, the EPA administrator is saying the agency is waiting for feedback from the DOE before proceeding with a plan on small refinery exemptions, and is not planning on releasing proposed RFS volumes this week. While the same tired debate plays out in Washington, ethanol prices are surging, well above pre-COVID levels now as inventories have quickly gone from record highs to their lowest in 3.5 years, as producers have not kept pace with the increase in demand.

The DOE’s weekly report showed crude oil stocks had their largest draw of the year, pulling back from record highs, as import volumes slowed and refinery runs continue to inch higher, passing the 14 million barrel/day mark for the first time since March. Normally this time of year we’d expect refinery runs north of 17 million barrels/day.

We seem to be in a pattern of two steps forward, one step back for U.S. fuel demand. Last week, diesel consumption estimates had a nice uptick, while gasoline pulled back. We should see a surge in gasoline demand heading into the holidays, particularly with automobiles now the preferred mode of transport, but total consumption is still some 20 percent below where it should be this time of year. 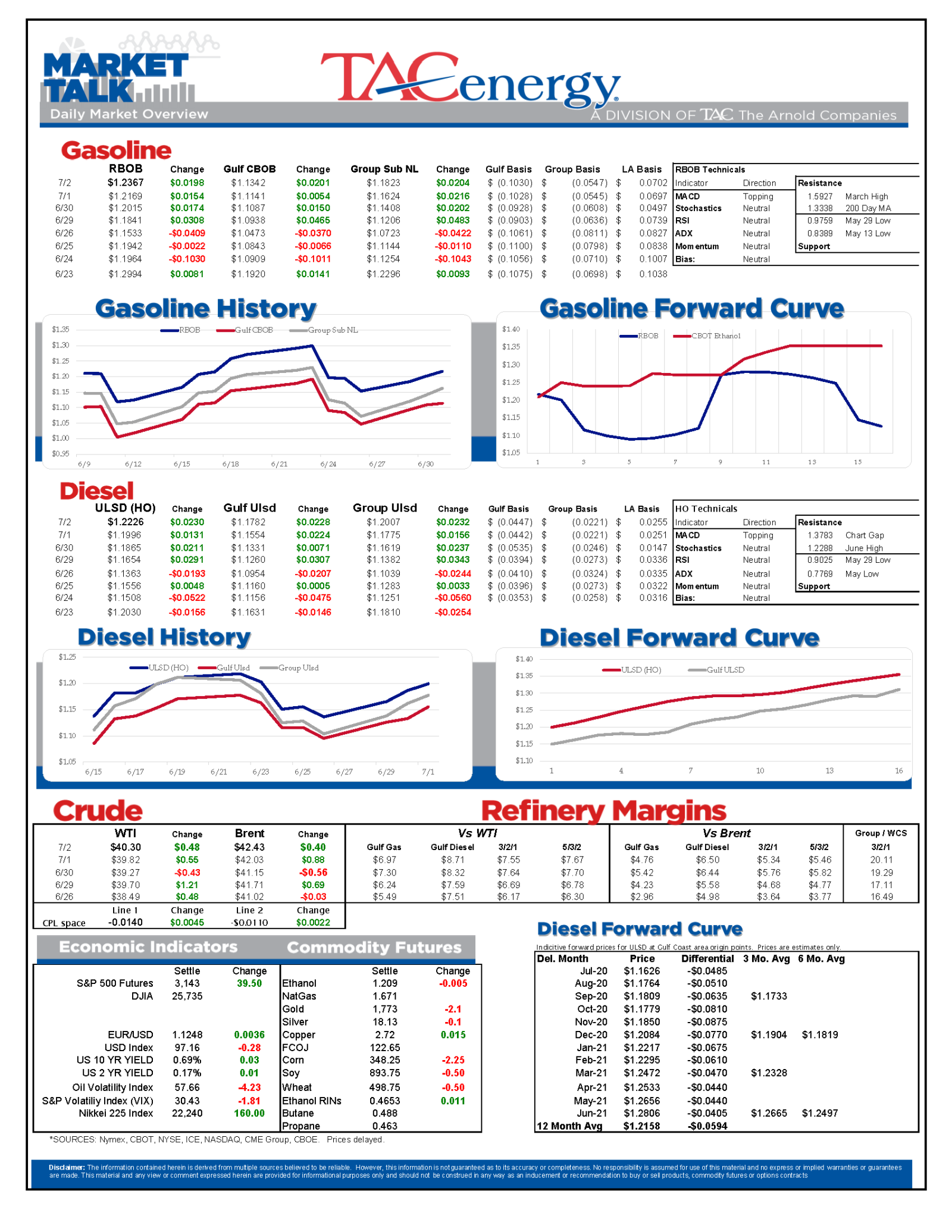 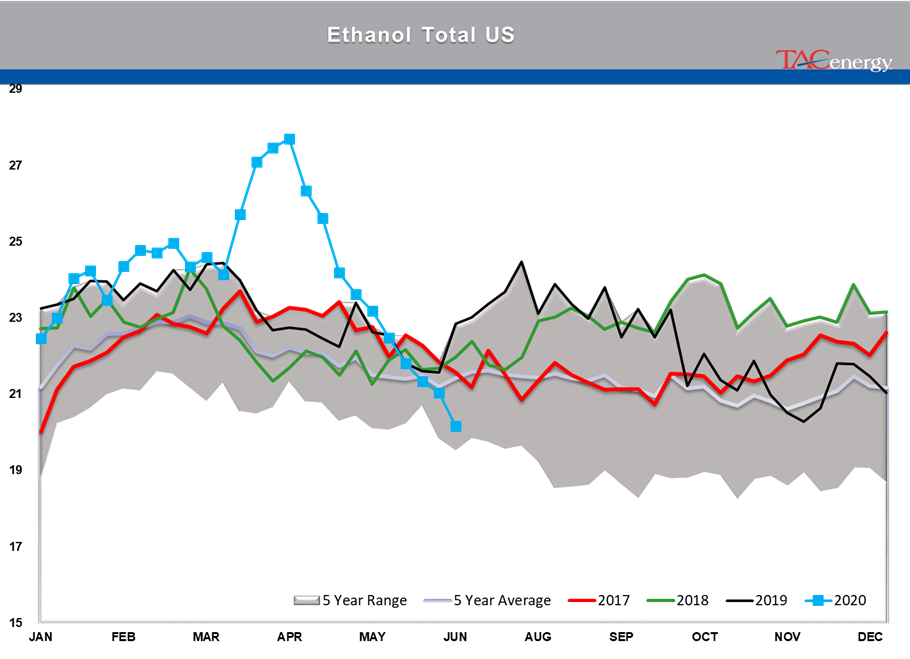