The slow and steady climb higher in energy markets continues Monday morning with diesel prices reaching their highest levels since March, while oil prices are trading at eight week highs. As has been the case for most days during the November rally, optimism driven by progress with COVID vaccines is getting credit for the strength.

A third COVID vaccine has proven to be effective according to reports, and this version produced by AstraZeneca is stable at refrigerator temperatures, which will help avoid some of the logistical hurdles faced by Pfizer’s vaccine.

Money managers appear more optimistic about energy prices, increasing their net length across the board last week. Brent contracts led the move with an increase of more than 50,000 total net contracts, split fairly evenly between new long bets, and closing out shorts. The moves in the other NYMEX and ICE contracts were much smaller, and the overall positions remain well below levels we were used to seeing in previous years. Speaking of which, the total open interest for WTI dropped to a new 4.5 year low last week.

That lack of interest could be explained by new contracts deliverable in the Houston market making the traditional Cushing, OK delivery point less relevant, but that’s not the whole story as Brent open interest continues to hold near two to three year lows. Those two data points combined suggest that the broader financial markets are less focused on oil these days, which could be a sign of the boring markets since June offering fewer opportunities for speculators, or the larger trend from financial institutions being pressured away from traditional fuel sources.

Speaking of which, the U.S. Treasury’s comptroller office submitted a proposed rule last week that would make it illegal for banks to exclude entire industries in their lending.

U.S. refiners are dealing with the devastating combination of poor demand, and poor public opinion forcing them to  increasingly look to renewables as a way forward.  One consequence of this rapidly changing landscape: a new report suggests that China may soon overtake the U.S. as the world’s largest petroleum refiner. 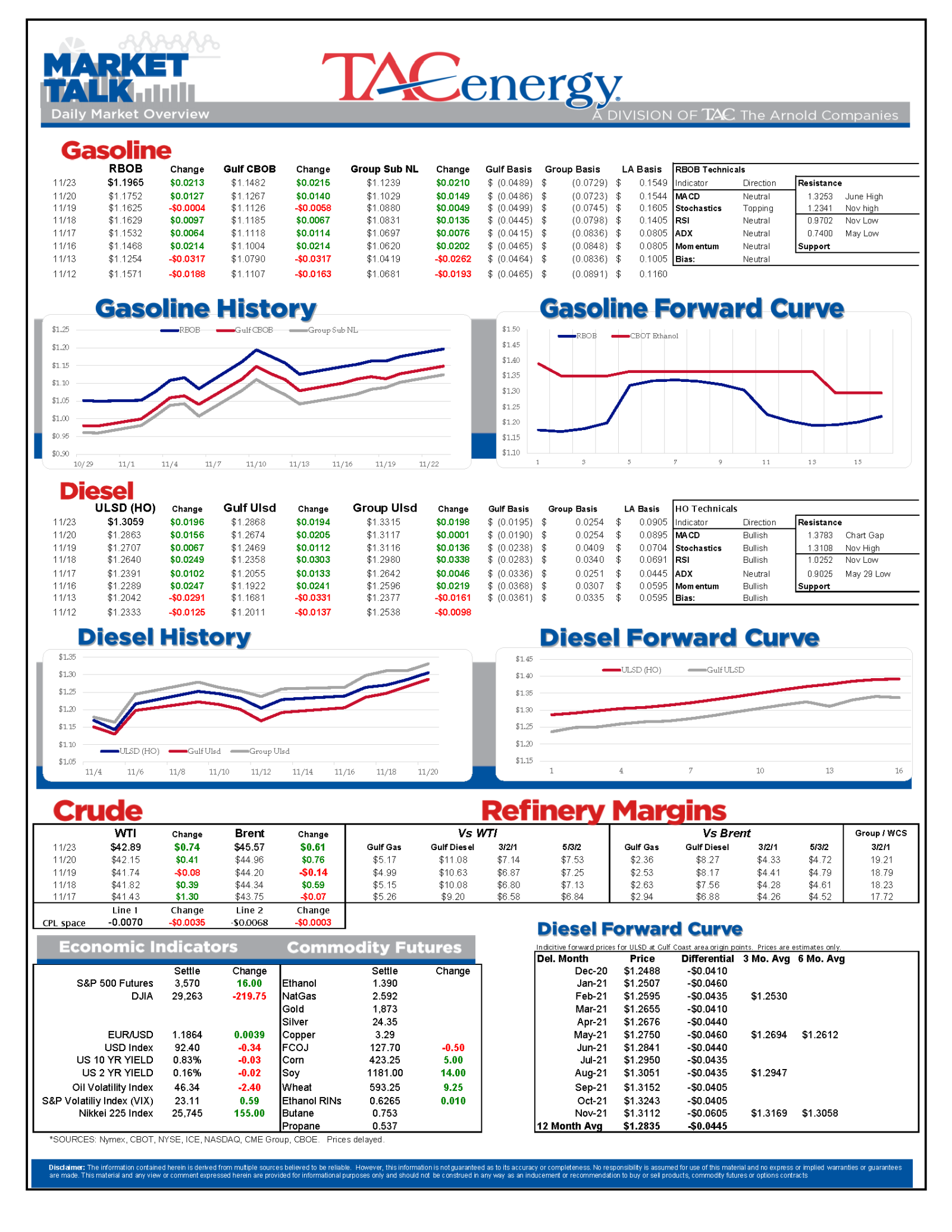 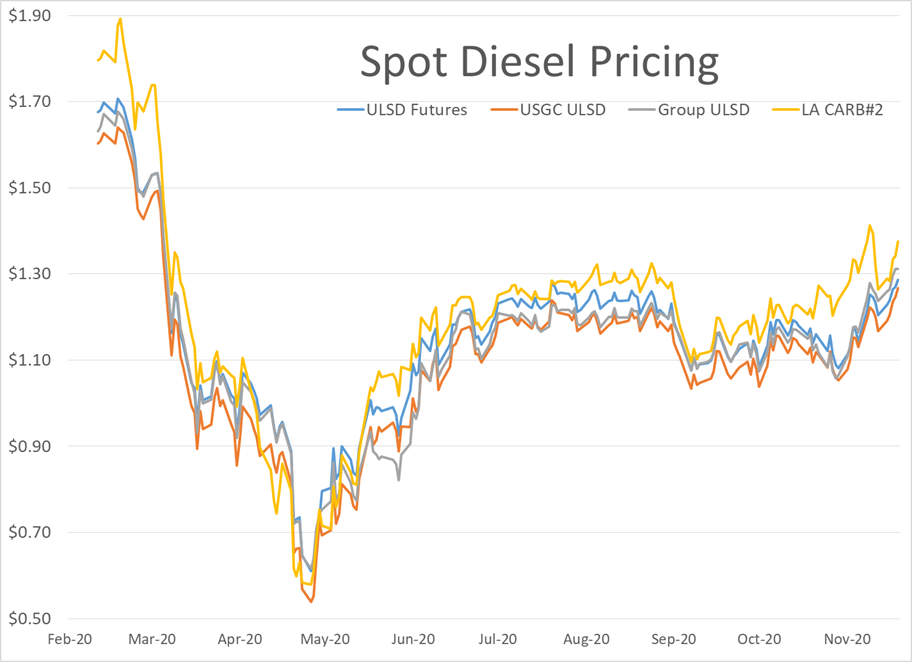 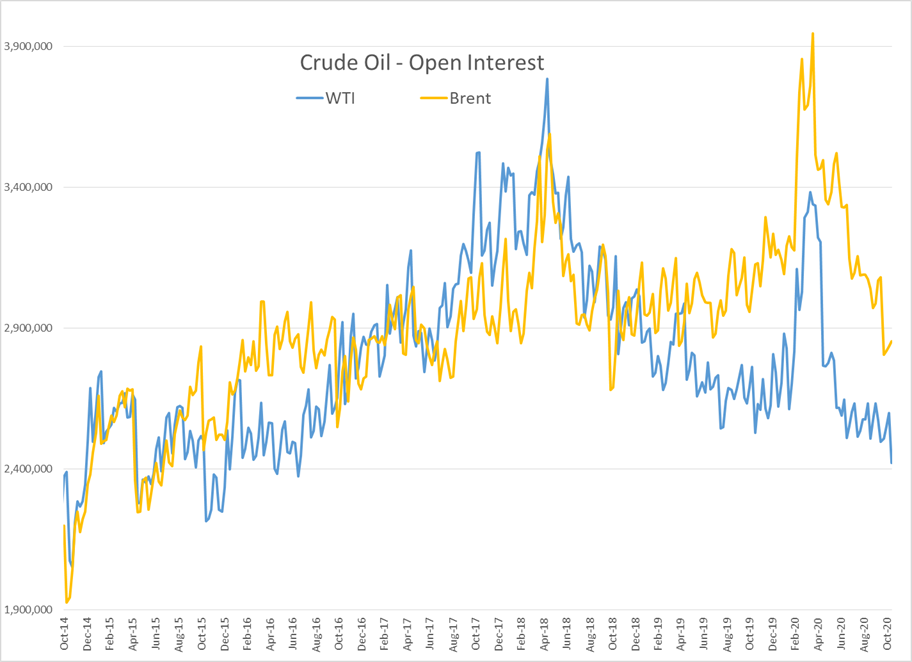