Energy futures are hovering around two year highs this morning, despite minor losses in the early going. WTI reached a high of $70 overnight, its highest trade since October 2018.

Set for new record highs? RIN prices have been trading in a narrow range since setting record highs in May. Corn and Soybean futures are both starting the week with strong gains however, which may encourage buyers to push RIN values to make another test of the $2 mark. They may need some help from ethanol markets which have pulled back nearly 30 cents from their May highs. Meanwhile, the industry seems to have abandoned the CBOT ethanol futures contract based on the (lack of) volume chart below, making getting a read on forward values more challenging.

Tug of war: While China is attempting to battle the commodity price boom, and push prices lower, Iran’s shadow war seems to be coming out of the shadows and adding a risk premium to oil prices.  Both of these stories may continue influencing prices daily through the summer, although it doesn’t seem that either one will change the global supply/demand balance longer term.

It was another mixed week for large speculators in energy contracts. The CFTC showed that the money manager class of trader increased the net length held in WTI, Brent and gasoil contracts, while reducing length in ULSD and RBOB. The drop in ULSD snapped an eight week streak of consecutive increases. It’s worth noting that the profit taking in ULSD happened at the same time that its European counterpart gasoil saw its net length jump to another two year high after a small decline last week.

Baker Hughes reported that the U.S. oil rig count held steady last week. The Granite Wash basin did see a decline of two rigs, while the Eagle Ford and Woodford basins each added one on the week.

The IEA’s World Energy Investment report forecasts a recovery in spending that will largely offset the impacts of the pandemic this year. The charts below from that report show how that investment is broken out, with renewable electricity investments expected to outpace dollars spent in oil production for this first time this year. The report also notes that while the pressure to consolidate refining activities is strong across much of the world, new investment in Asia and the Middle East will increase global refining capacity by roughly five million barrels/day over the next five years. 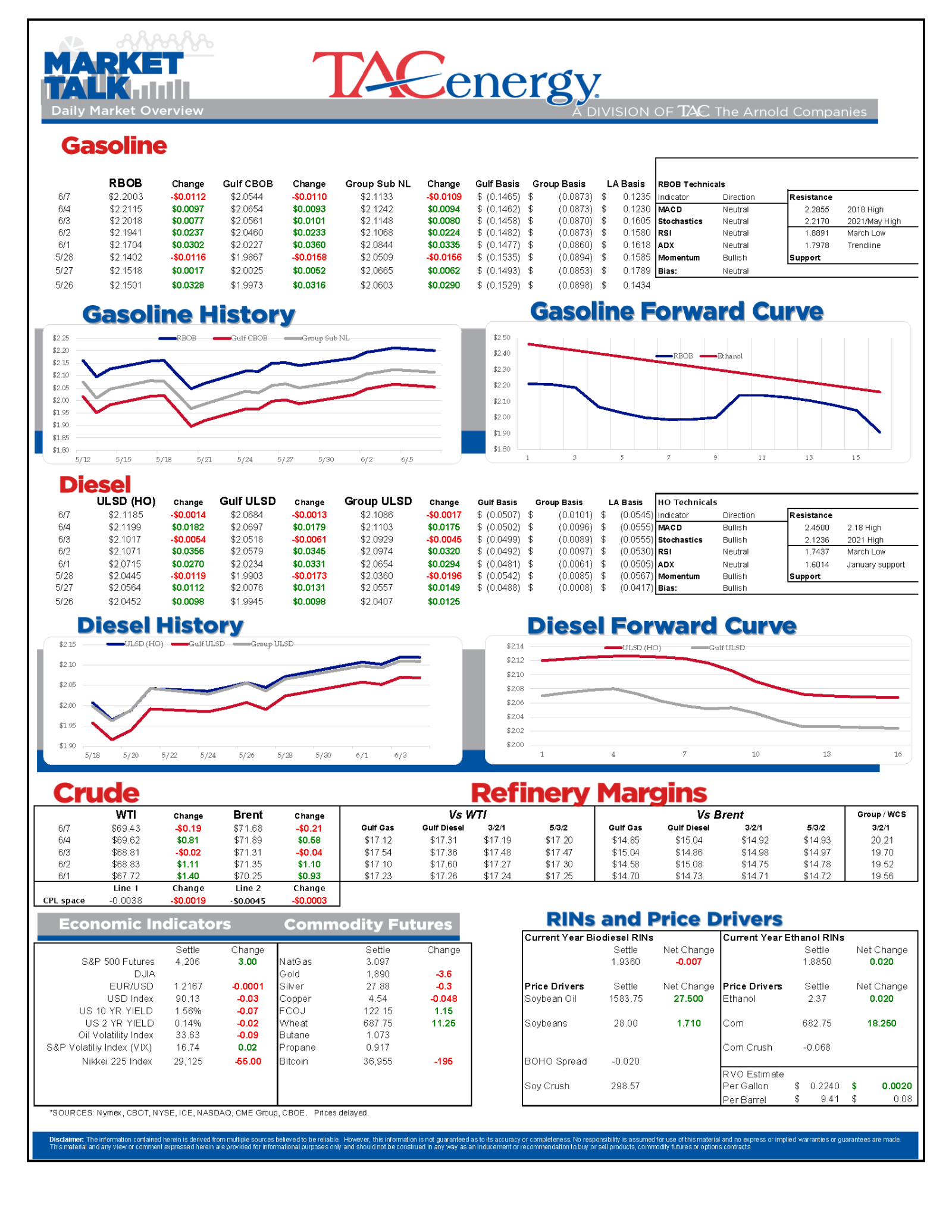 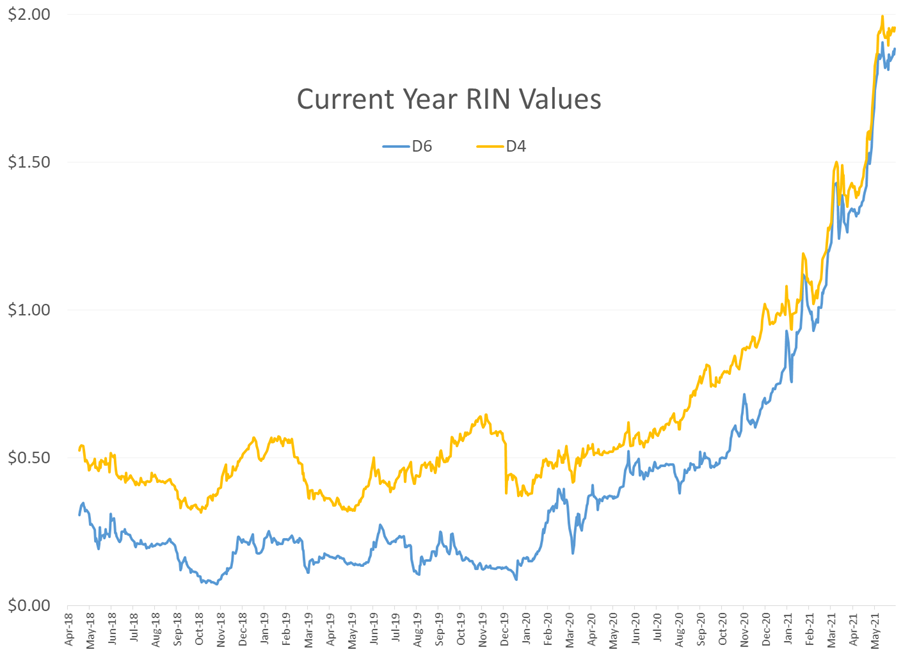 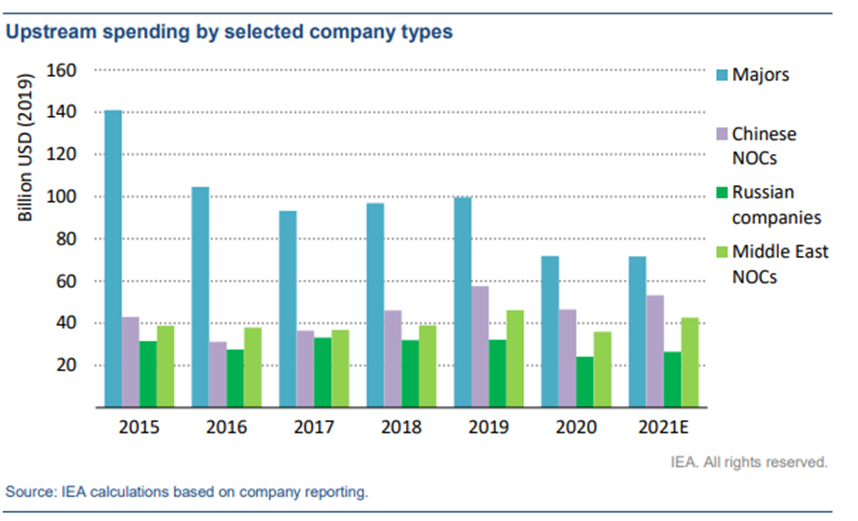