September trading is picking up where August left off, with heavy selling across the energy complex.  Actually, that’s how August trading started as well with big moves lower the first week of the month, only to see a rally of nearly $1/gallon in diesel prices before the latest pullback started.

Demand fears of several varieties continue to get credit for the big drop in product prices, while low volumes/liquidity and reports that Russia continues to find ways to circumvent sanctions also seem to be contributing factors to the big price swings.

ULSD prices are leading the complex lower this morning, even though US inventories remain at dangerously low levels and exports are holding near record highs.   Yesterday’s DOE report did show a sharp decline in the weekly demand estimate for diesel, which is no doubt contributing to the bearish sentiment.

One note to watch, just as we saw in August, ULSD futures left a gap in their chart when October took over the prompt position today, due to the backwardation in prices.  One trading adage that actually works more often than not is that gaps get filled, meaning there’s a good chance we’ll see prices bounce back at least to $3.69 sometime in the relatively near future.

Gasoline futures are now at their lowest level since January 11th, and if today’s early selling holds, we could see spot prices in the USGC and Group 3 markets touch $2.20/gallon, which would mark a $2/gallon drop from their June peak.

While most gasoline prices are crumbling this week, gasoline basis values in LA spiked Thursday, more than offsetting the big drop in futures, as PADD 5 gasoline stocks fell sharply for a 4th straight week, and are now approaching their lowest levels since 2019.  A combination of low refinery runs, almost no imports the past 6 weeks, and the end of the summer-grade gasoline spec for the year all seem to be contributing to that squeeze in gasoline prices.

For the first time in 25 years, there were no named storms in the Atlantic for the entire month of August, and we’re approaching the record for the longest stretch of days without a named system, even though the major forecasts for the year all called for above-average activity.   We’re still about 2 weeks away from the peak of the season, however, meaning there’s still the majority of the annual activity left to come.   The NHC is still tracking 3 systems this week, but none of them appear to be a threat to the US.  If you’re wondering why we have to watch this so closely, take a look at the Refinery Thruput PADD 3 chart below and see how production has been impacted the past two years right about this time. 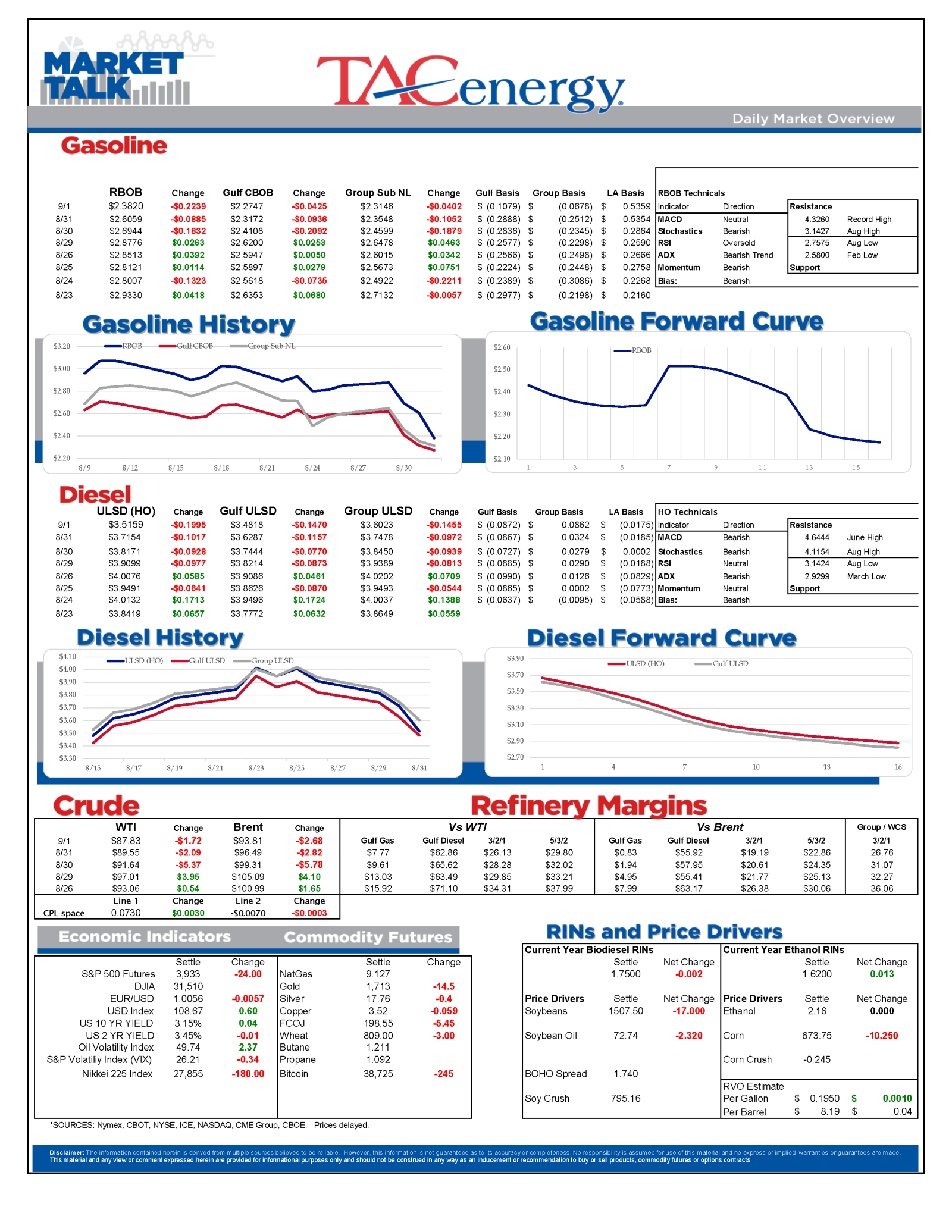 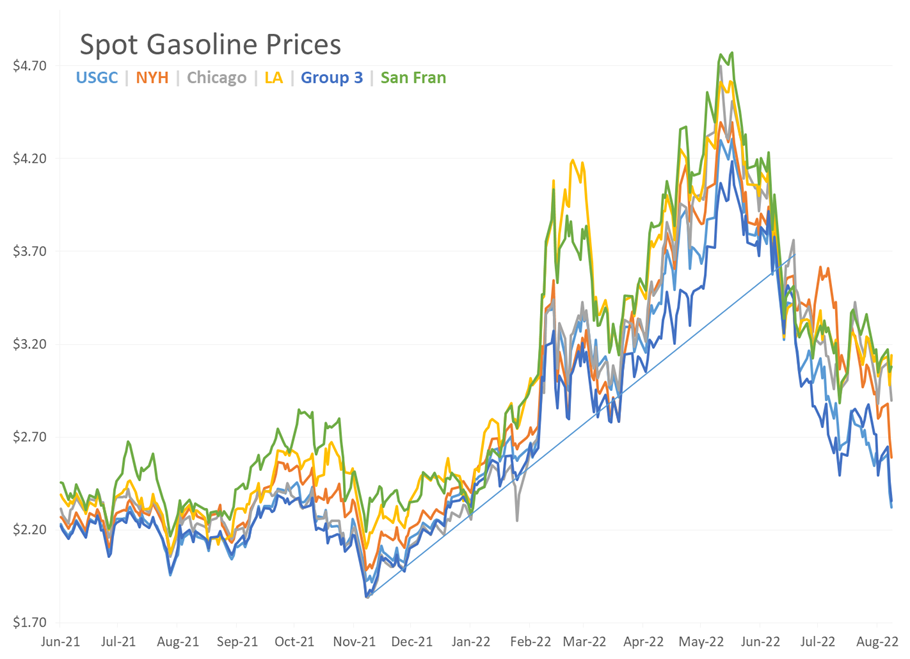 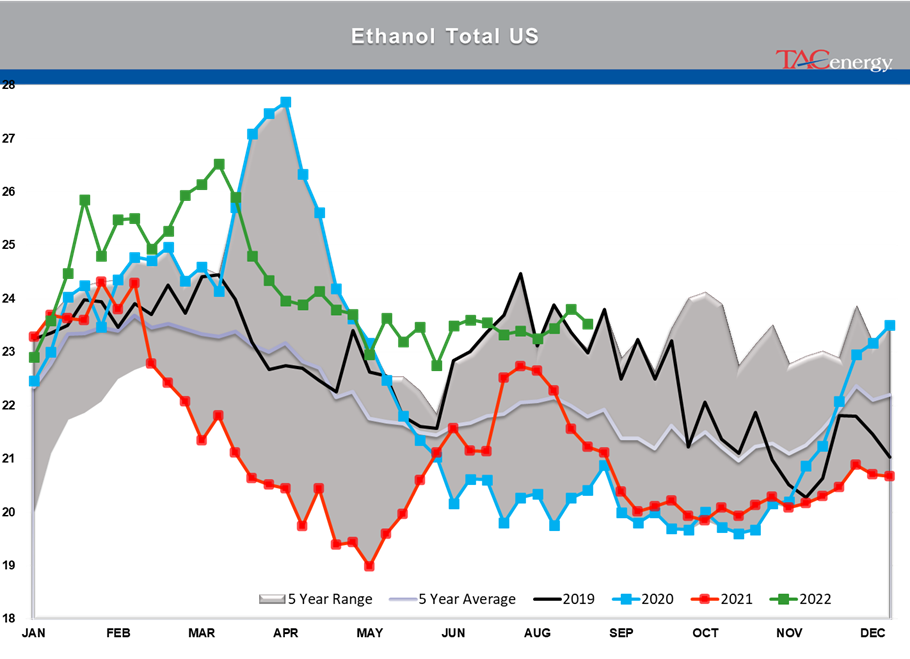