We’ve had a busy couple of weeks’ worth of price action so far in 2021, and we’re just starting our third day of trading. Energy prices have gone from the cusp of a technical breakout to the upside, to a huge reversal that threatened a price collapse, and back again to 10 month highs in just two days. Prices are starting Wednesday’s session with more of a wait-and-see approach after being unable to sustain their rally overnight. OPEC-inspired whiplash is getting most of the credit for the big swings in energy markets, while the Senate election results look like they’ll be the big story today that will likely have broader impacts on financial markets.

Saudi Arabia surprised pretty much everyone Tuesday by announcing it would unilaterally cut its oil output by one million barrels/day, which would allow Russia and other countries to increase their output, without flooding the global market as demand continues to sputter. While the move shocked the markets, which responded with a furious rally in oil and refined product futures, it seems to be in some ways the Kingdom making good on the promise it made in the fall to do whatever is necessary to stabilize the global oil markets and teach speculators a lesson. This move also sets the stage for some interesting political theatre once demand returns, as the Saudi’s will no doubt remember those that supported them in this effort, and probably even more those that did not.

Not buying it? As the basis charts below show, differentials for physical prices in most regional U.S. spot markets dropped on the day as cash markets seem to think the current supply/demand realities are not as optimistic as the futures market action suggests. That hesitation by the big physical traders could be enough to stall the momentum in futures, just as they look like they’re breaking technical resistance and poised for another rally. The API report in the afternoon gave more reason for fundamentalists to have doubts about the recent run-up as both gasoline and diesel saw large very large inventory builds last week (5.5 and 7.1 million barrels respectively) but that report seems to have been largely lost in the shuffle of the bigger news stories. The DOE’s report will be out at its normal time today, but you’ll be forgiven if you miss it while watching the election coverage.

Early results appear to show that Democrats will win both seats in Georgia, flipping control of the Senate, and giving the party control of Congress and the White House for at least two years. There will surely be some selling as control of the legislative and executive branches will no longer be split, assuming the current calls hold, but some other reports suggest we could see some risk assets rally as this change could also make new fiscal stimulus measures easier to sign into law.

For energy markets in particular, a flip in the Senate will almost certainly mean more aggressive laws to combat climate change, which in some cases may mean tighter restrictions on traditional oil producers and refiners. That is not necessarily bearish for prices however as more restrictions tend to mean less supply (and less investment) which could end up driving an extended rally in prices if demand recovers this year.

The reaction in RIN markets today may give us an early indication of how traders in the refined product space view the changing of the guard in the Senate.  RIN prices have already been surging lately, in sympathy with corn and soybean prices that are reaching multi-year highs largely due to concerns over South American grain exports, and this latest bit of news could encourage another strong rally if the market believes the new congress will push for increased renewable mandates. Then again, the RIN market is notoriously volatile, and there could be some buy the rumor sell the news once the current bout of short covering is over. 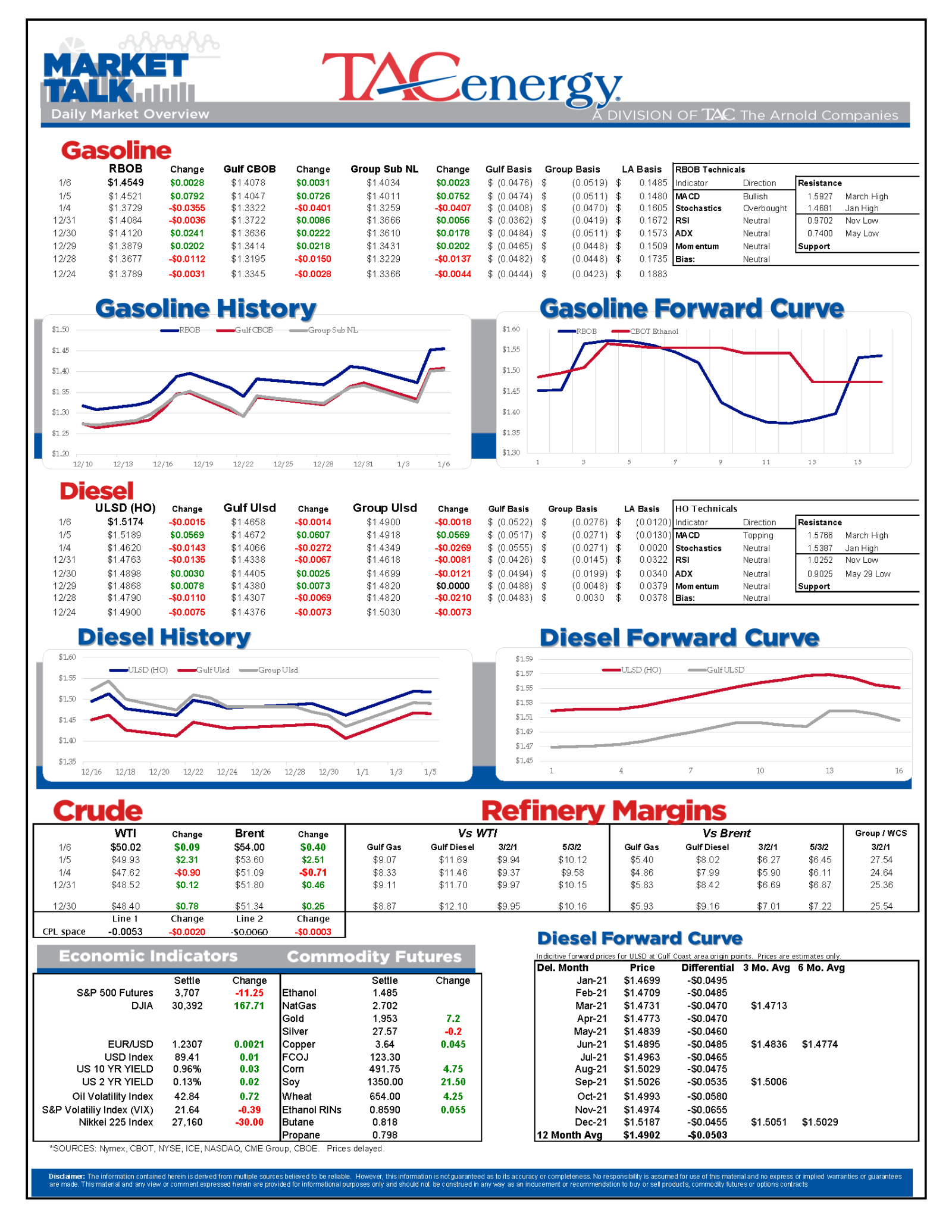 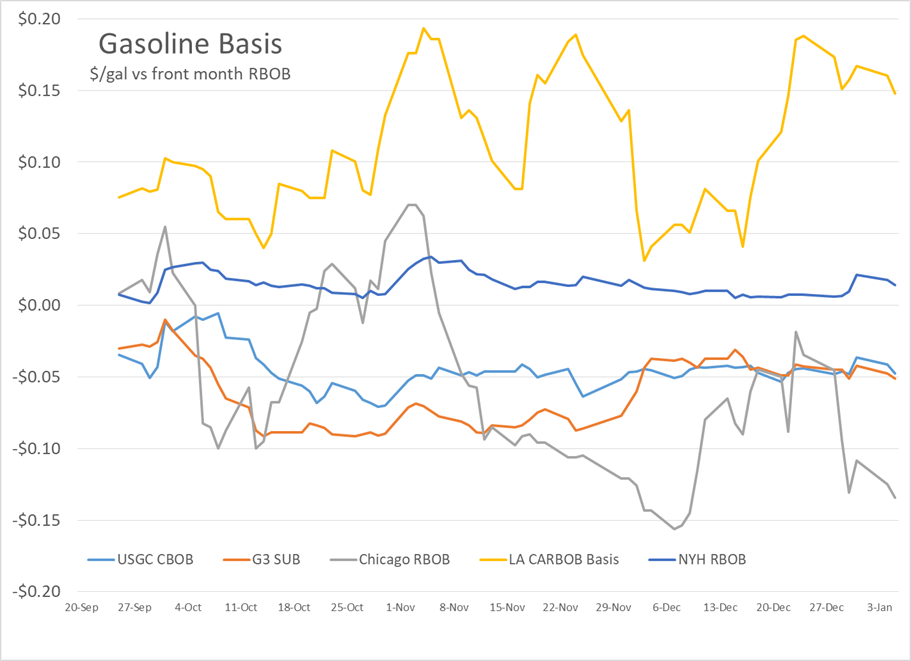 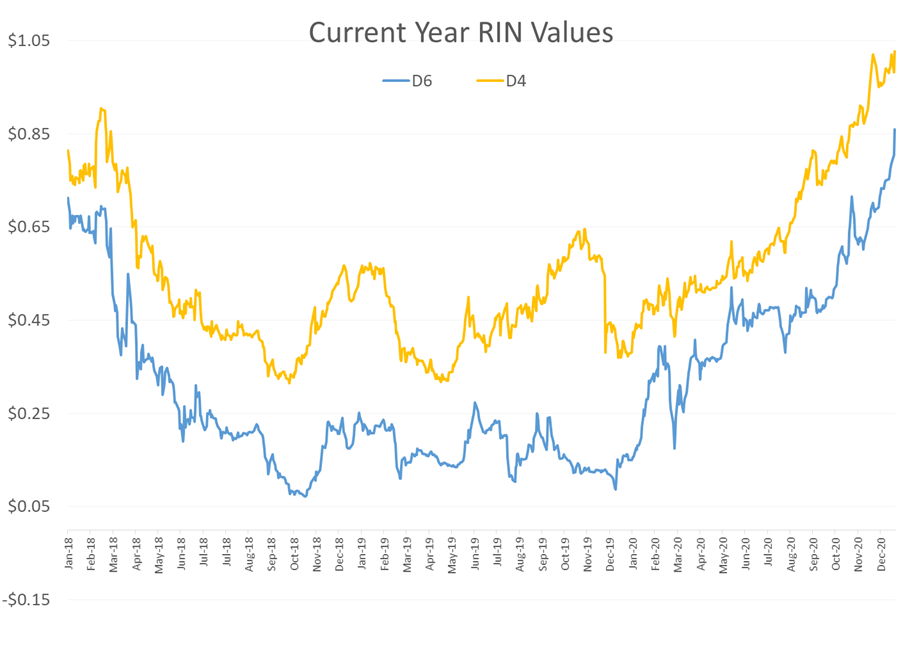