Sellers Come Out In Force

The energy rally seemed to run out of steam Wednesday despite some positive demand estimates from the DOE, and once the upward momentum was lost the sellers have started to come out in force this morning.

A drop in Chinese oil imports in December and a rally in the U.S. dollar are both getting credit for the selling, even though the correlation between the dollar and energy prices has weakened in the past few weeks.

So far the bullish trend lines have not been threatened by the selloff, and we’ll need to see prices drop another 2-3% before they are. Peg the $50 area for WTI as the key technical and psychological pivot point, while RBOB trend support comes in around $1.46 and ULSD at $1.52 to determine if we’re just getting a short term correction or a reversal of the 2.5 month rally.

The DOE’s weekly estimate for total U.S. petroleum demand jumped by more than 2.5 million barrels/day last week (roughly 15%) as drivers got back on the roads and trucks went back to work following the holidays.

Unfortunately for refiners, that tick up in demand was not enough to stop gasoline and diesel inventories from another week of large builds with both products seeing their inventories swell by more than four million barrels, driven primarily by a large drop in exported volumes on the week. Those exports will be a key number to watch in the coming weeks. If we see a quick recovery, than this week’s figures were probably a short term logistical phenomenon, but if they don’t it could be a sign that global demand is suffering once again.

Charts from the DOE’s weekly status report fall below. 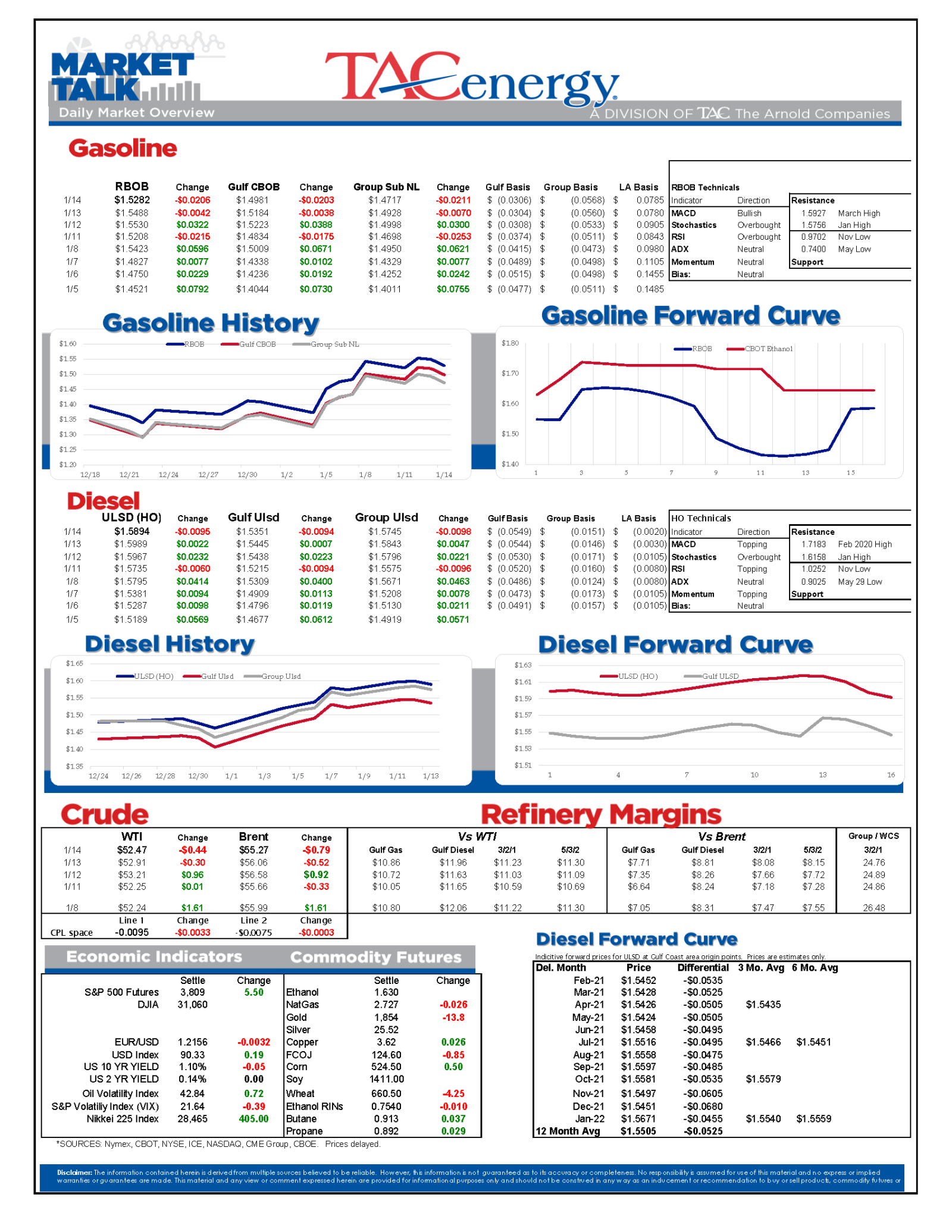 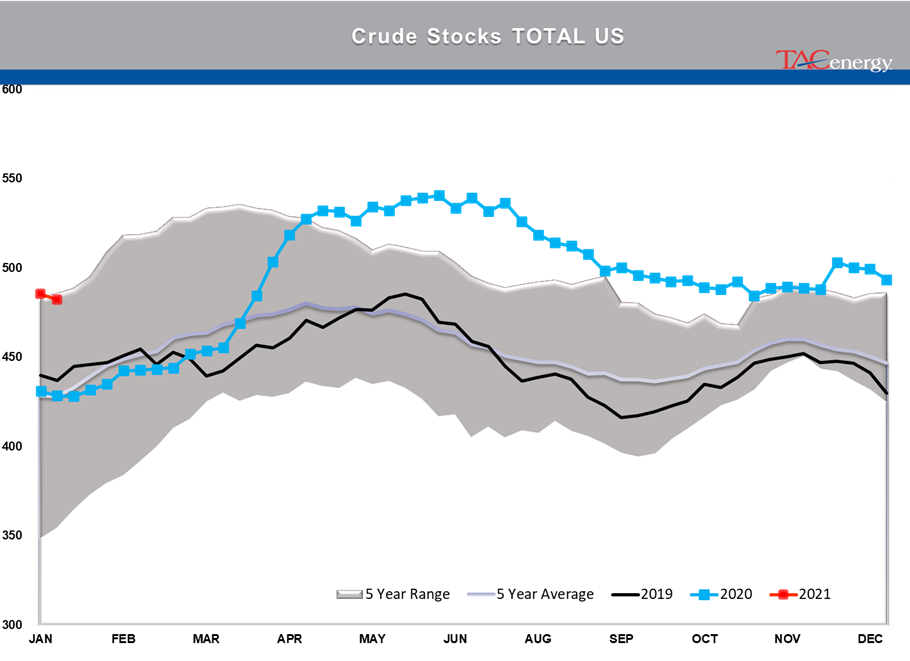 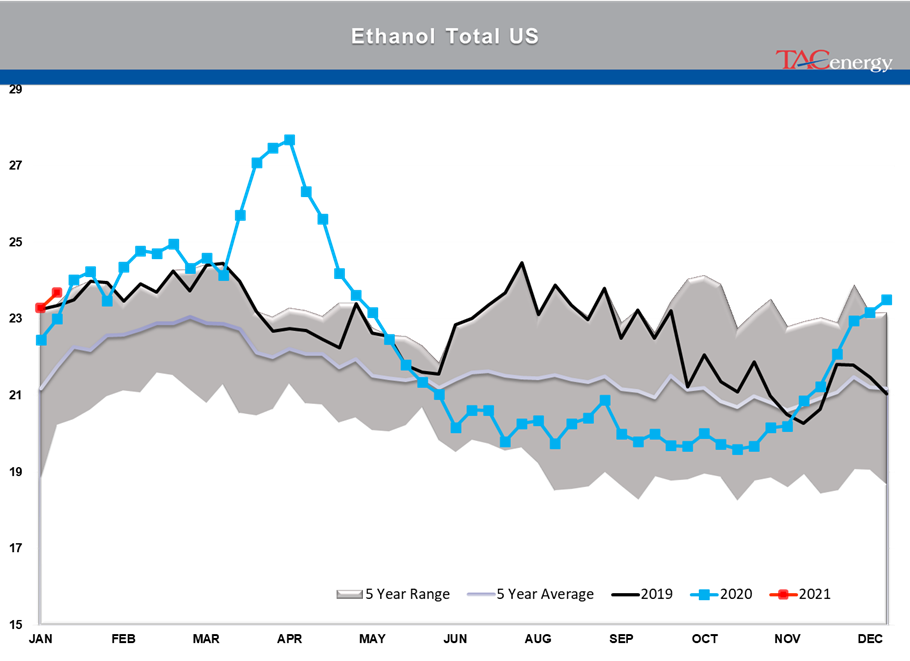