The rollercoaster ride continues for energy prices, although it seems to be a pared down version so far compared to the huge swings we saw last week. An OPEC meeting, new COVID restrictions, the Suez Canal and equity market drama are all getting some credit for the recent run-up in volatility.

The great refinery restart seems to be entering its final phase, as more units return to operation, and markets across Texas have seen their supply levels get closer to normal. It will probably take another week or two for those supplies to make their way through the Colonial system, but we’re already seeing spot and rack spreads from the southwest to the southeast collapsing as the risk of runouts diminish.

The Suez Canal was cleared on Monday and more than 100 ships are estimated to have transited the waterway in both directions since the ship was finally floated, thanks in large part to the moon. It will take several more days to clear the backlog of ships, but it seems like the market has already put this situation in the rearview mirror.

A new 25 year agreement between China and Iran looks like it will be bearish for oil prices, as it will allow Iran to circumvent U.S. sanctions and bring more of its oil to market.

The EIA this morning published a look at U.S. retail gasoline prices, which are up $1/gallon from a year ago, after seeing their longest streak of weekly increases in 25 years.

Today’s interesting read: How the big Ag companies are positioning themselves to benefit from the Renewable Diesel production boom. The spike in soybean oil prices caused by this phenomenon is getting much of the credit for the recent run up in RIN prices, although they’ve seen a big pullback in the past week as bean oil prices pulled back from 9 year highs.

There were plenty of stories about a sketchy hedge fund blowing up and creating unprecedented margin calls that forced huge stock sales over the past couple of days. It appears that there was not any direct connection to this situation and energy companies or commodities in general, so it’s unlikely it contributed to the wild price swings we saw last week, or the junior version of them we’re seeing so far this week. That said, when fear starts to drive the price action, the correlation between energy and equity markets often gets stronger, so there could be an influence if the unrest starts to spread. 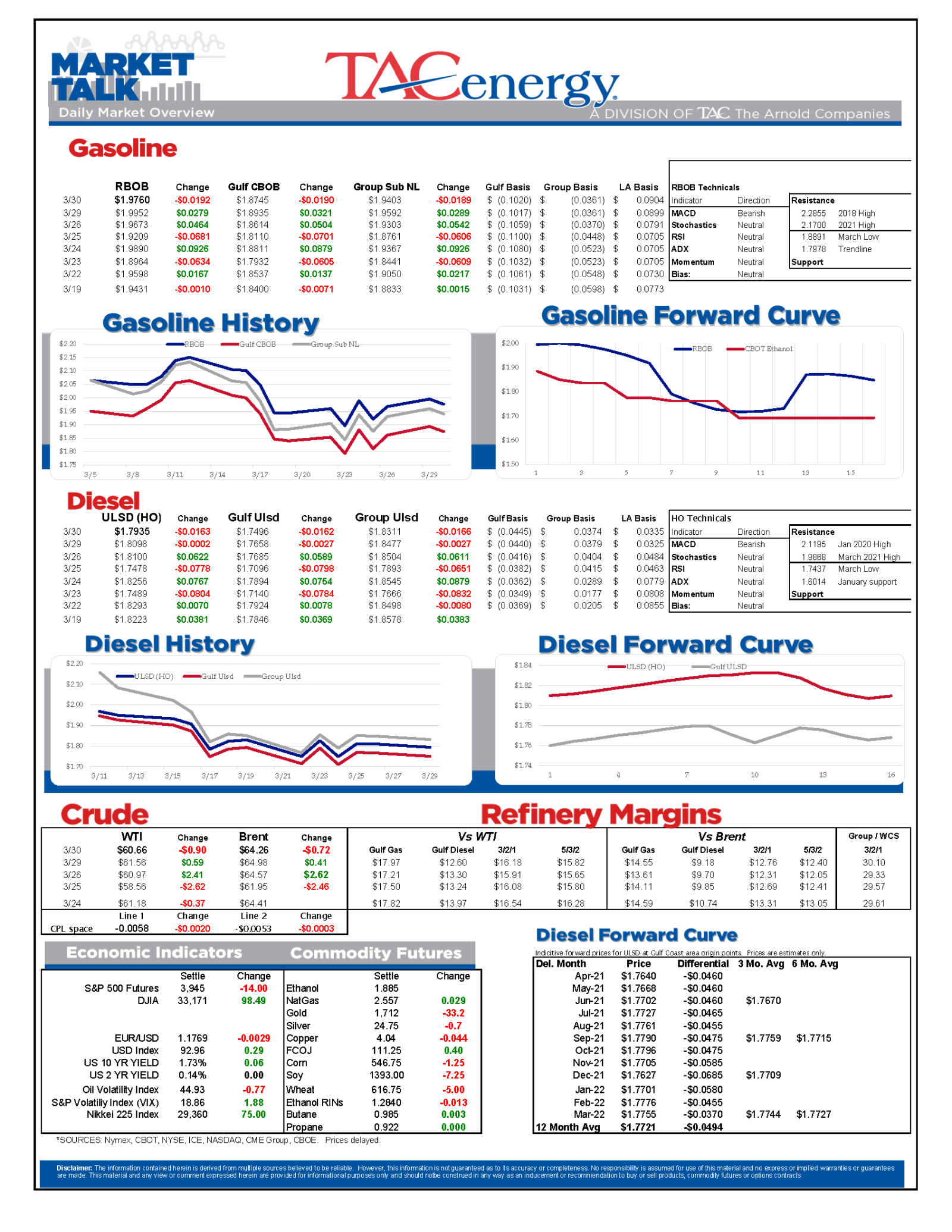 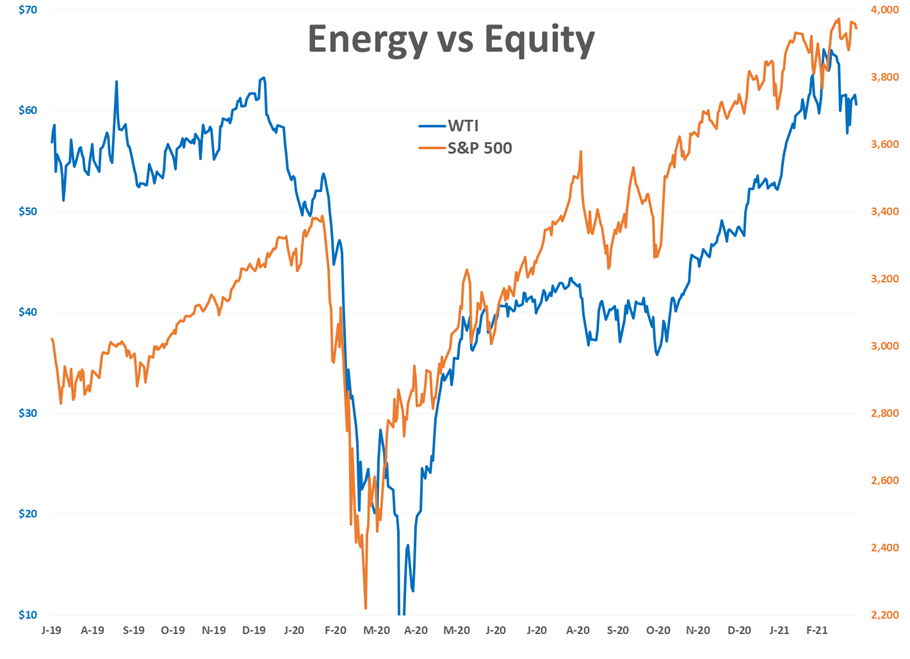 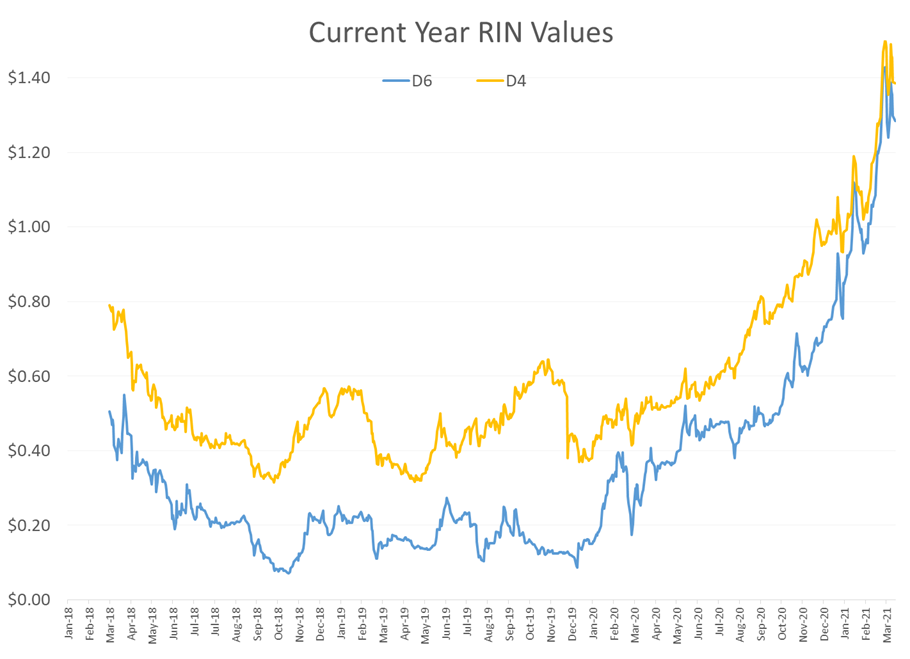