Energy and equity markets are slipping modestly lower to start Friday’s session, moving back into a holding pattern after a strong rally as the world continues to wait and see how the U.S. elections will play out.

While it’s been a strong showing this week for petroleum contracts, especially after they were on the edge of a major collapse Sunday night, WTI and RBOB contracts still have lower lows and lower highs on their weekly charts, meaning the downward sloping trends are still in place, and that there’s a good chance we are due for more technical selling pressure.  Fundamentally, it seems like we’re due to see more selling as long as rising COVID cases keep fuel demand in check.

Yesterday in this update we said…we’re just waiting to see which [refinery] plant will be next to announce it plans on shutting down for good. We didn’t have to wait long as a few hours later Shell announced it would be shutting down the 260mb/day refinery in Convent, LA after efforts to sell that facility were unsuccessful. The table below shows that roughly 7% of the country’s refining capacity is now either shuttered indefinitely or planning to shut down/convert to renewable production. That’s more capacity coming offline in the past five months than we’ve seen in the past 30 years.

After dumping two feet of rain on parts of central America, Eta has moved back over water and could regain hurricane strength over the weekend. The current path has the storm hitting the Florida keys Sunday and Monday, and then most models have it ending up in the Gulf of Mexico next week. Since the market has been able to largely shrug off the half dozen storms that have already hit the heart of Hurricane country so far this year, it seems unlikely this will be a major disrupter unless it strengthens back into a major hurricane and heads towards Houston.

RIN prices rallied to fresh 2.5 year highs Thursday as prospects for a new U.S. President improved. While a divided congress would limit the ability to make legislative changes, the new President would be likely to come with a changing of the guard at the EPA, which would surely be less likely to approve small refinery waivers to the RFS, and thereby force more demand for RINs. This Bloomberg note highlights thoughts from energy CEO’s on other areas where the industry could see changes in the next year as a result of the election. 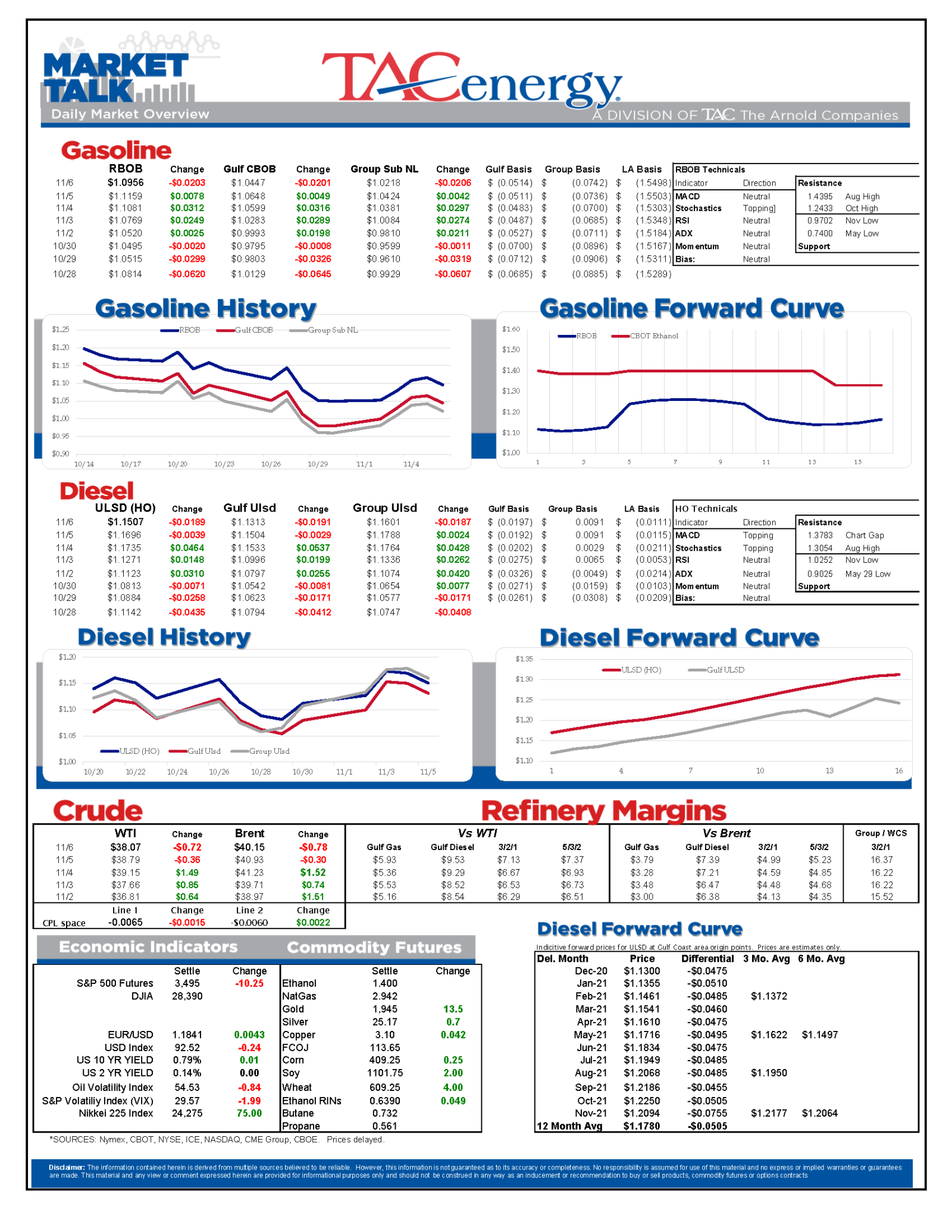 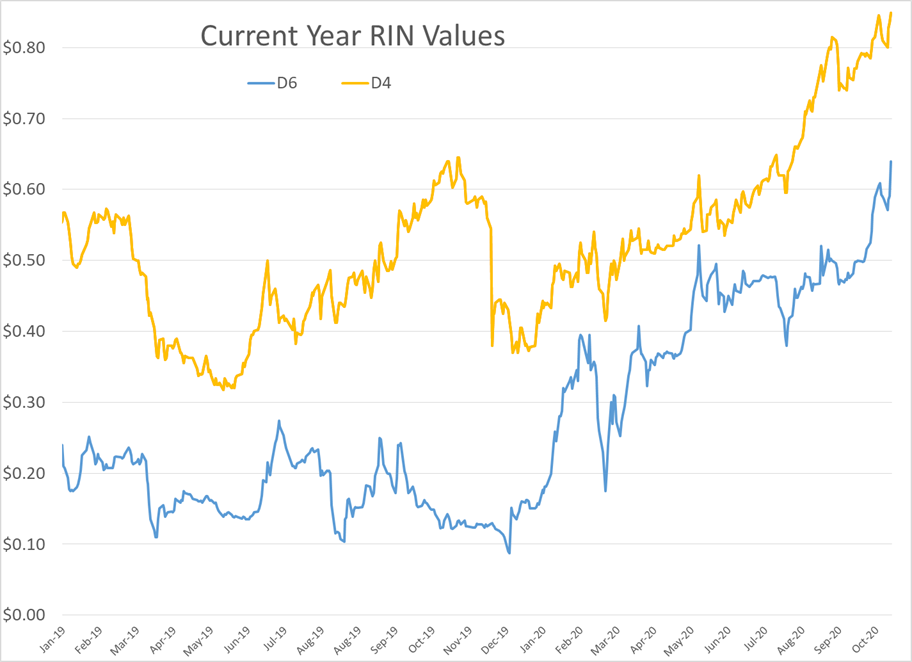