Refined products continue to push higher this morning, reaching new pre-COVID highs as the country deals with perhaps the largest single refinery disruption event in history. Roughly 1/3 of all U.S. refining capacity has been disrupted to some degree, with most of the plants in the list below being forced to shut units or cut back run rates by a brutal combination of pipe-bursting cold and a lack of steady power, with more storms hitting large parts of the country today.

When all is said and done, it appears this event will have impacted more U.S. refineries than any other single event, but the price reaction remains relatively minor compared to storms like Katrina (2005) or Ike (2008) for a variety of reasons, most notably that the plants are largely expected to begin restarting in the next 24 - 48 hours with minimal long term damage. For comparison, in the wake of Katrina and Ike, we saw some spot markets trade up by $1 -$2/gallon, and this time around (so far anyway) we’re still talking about 10 - 20 cent increases. We’re also already working in a reduced demand environment, and we’ve seen consumption plummet further so far this week, which should help limit the disruption coming from the supply side of the equation.

In addition to the rally in futures, most cash markets are seeing stronger basis values as buyers try to find available barrels to replace those that are lost. The buying is unusually widespread from coast to coast, to coast as the country’s refining hub is temporarily crippled. Supplemental barrels for some Southwest markets will have to come from California, East Coast markets will lean more heavily on resupply from Europe, and the Midwest may just have to fend for itself for a while, which usually isn’t too hard to do this time of year.

Colonial pipeline continues to operate, but some shipments appear to be delayed as the availability of product and power to push it up the line are both suspect in the lines largest origin points. So far we’re still talking about tight allocations in the markets fed by that line, not complete terminal outages, which would be likely if its main lines are forced to close.  Explorer pipeline was forced to delay restart of its main line that runs from Houston, through DFW, to several Midwestern markets due to the latest round of ice & snow.

It’s not just physical lines that are being impacted by this event, with so much of the industry headquartered in Houston, the power outages in that city are creating headaches across the country on a transactional level as some servers that drive business operations are struggling, as are the employees who rely on them.

The weekly DOE inventory report is delayed due to the President’s Day holiday, and will be largely ignored anyway as the data was compiled before the polar plunge dramatically changed the refining landscape.

Today’s interesting non-weather-related read: The case of the missing Oil. 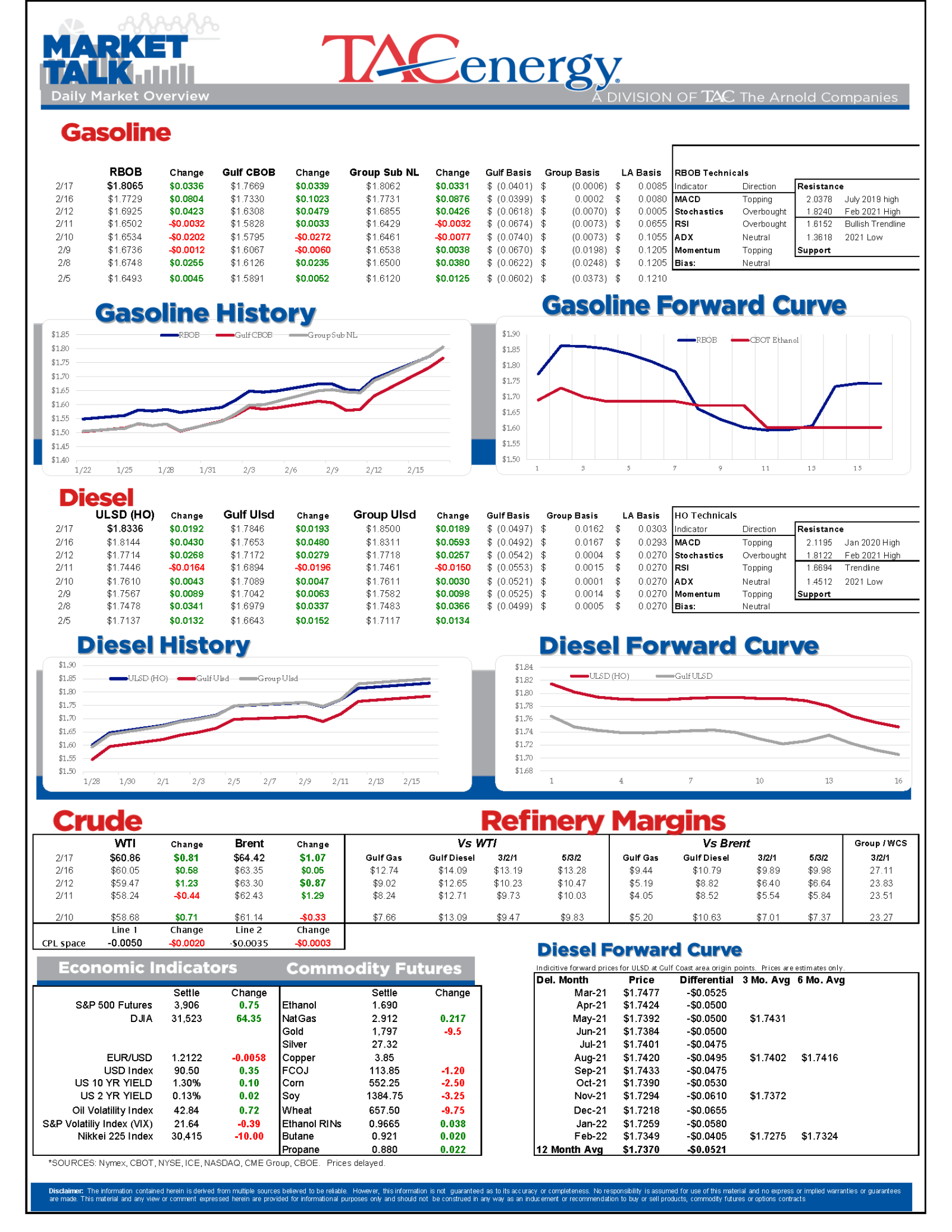 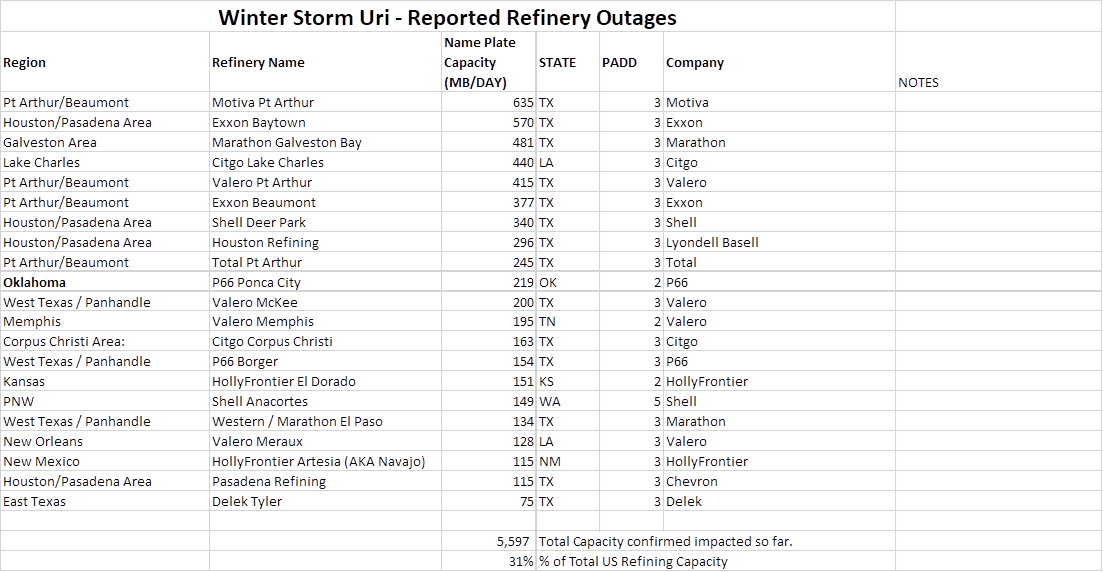 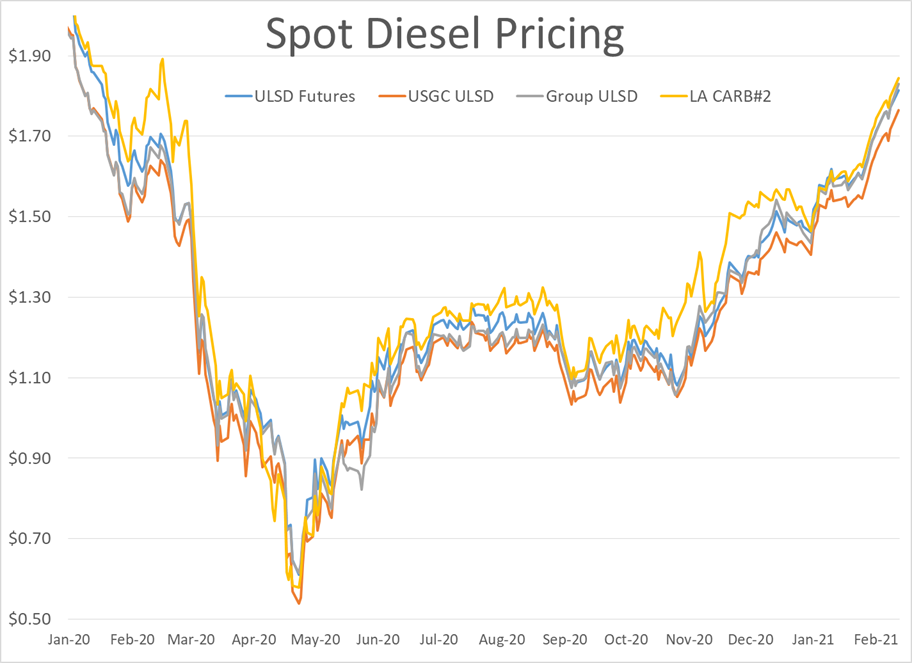