Refined product and crude oil futures are taking a breather from their 2-month long rally this morning. The distillate contract is leading the way, showing losses of around 2 cents in the prompt month. The New York gasoline benchmark is trailing its counterpart dropping only a penny this morning while American and European crude oil contracts are down around 50 cents per barrel.

The ‘bomb cyclone’ came and went in the Northeast over the weekend, dumping record amounts of snow in the region. Weather-related disruptions to energy infrastructure were few and far between however Phillips 66 was forced to shut its fluid catalytic cracker at its Bayway refinery in Linden, NJ, citing cold weather as the cause. A restart of the unit is expected in the next 24 hours.

While many technical indicators are calling for a healthy pullback from the strong rally in energy futures we’ve seen since the new year, it will likely take more than squiggly lines and bar charts to pull this train off the track. Oil bulls have a slew of reasons back up their calls for higher prices: Houthi rebels threatening the UAE, Russia and Ukraine starting WWIII, and iffy OPEC+ supply estimates. The latter, however, is taking the majority of the credit for today’s selloff as bears are hopeful the cartel’s production increase estimates are legit. 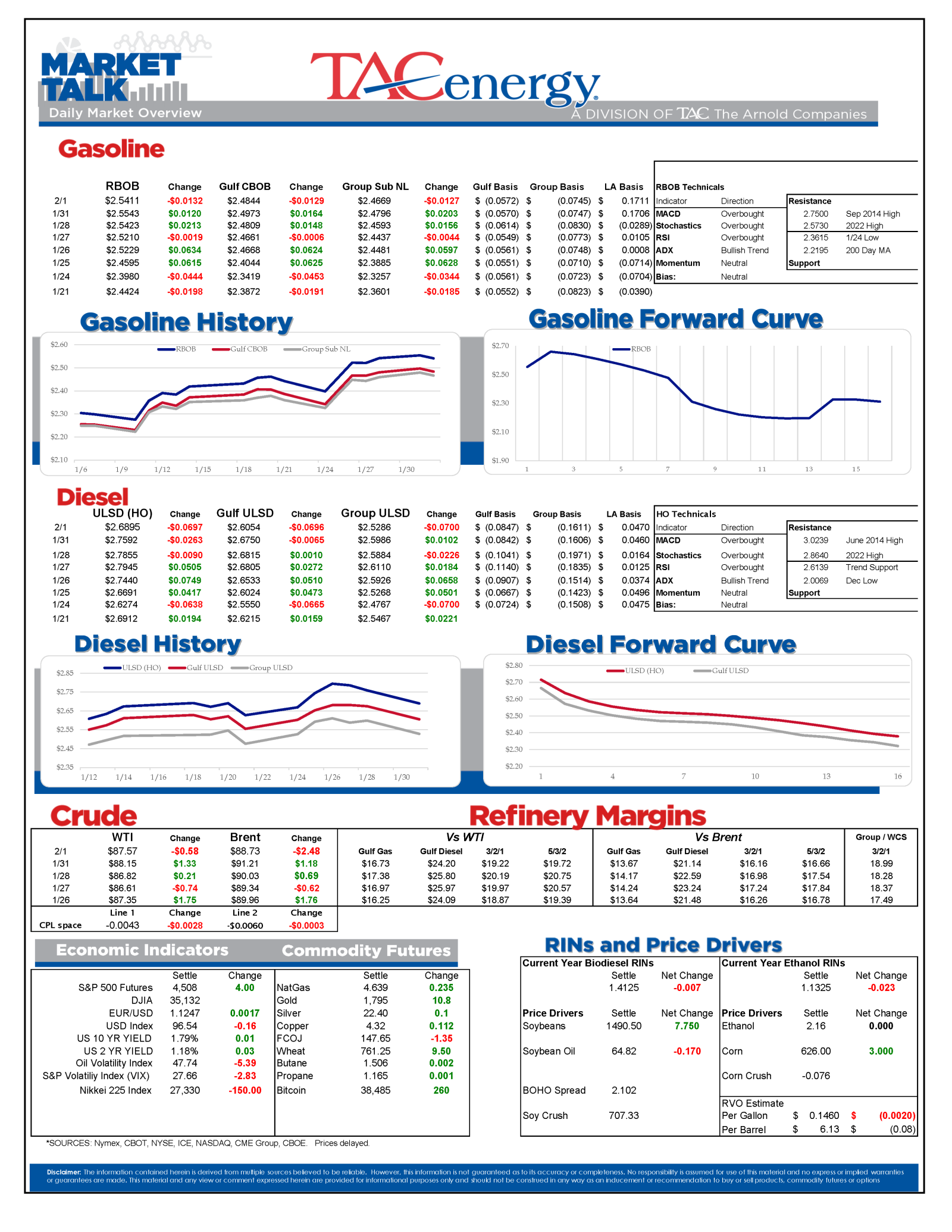