Recovery Rally Running Out Of Steam

The recovery rally in energy and equity markets appears to be running out of steam this morning after some eye popping jobless claim figures puts the economic impact of the coronavirus shutdown in harsh perspective, suggesting the largest stimulus package in history may not be enough.

The U.S. Senate passed its two trillion dollar spending bill, which is expected to become law later this week. It does not appear that the bill will have immediate impacts on energy supply or demand. Several reports this morning are noting (with no lack of dismay) that “clean” energy funding wasn’t included in the stimulus package.

Weekly jobless claims were nearly four times greater than the previous records set in 2009, with more than 3.2 million Americans filing for unemployment last week. While we saw large drops in demand in the DOE report this week, that surge in jobless claims, coupled with the increased shelter in place orders this week suggests that the nine percent estimated drop in U.S. gasoline demand will be dwarfed in next week’s report.

More states are jumping on the RVP waiver bandwagon as the seasonal transition from winter to summer gasoline looks both impossible and unnecessary this spring. No official word yet from the EPA if they’ll follow suit on the federal level. 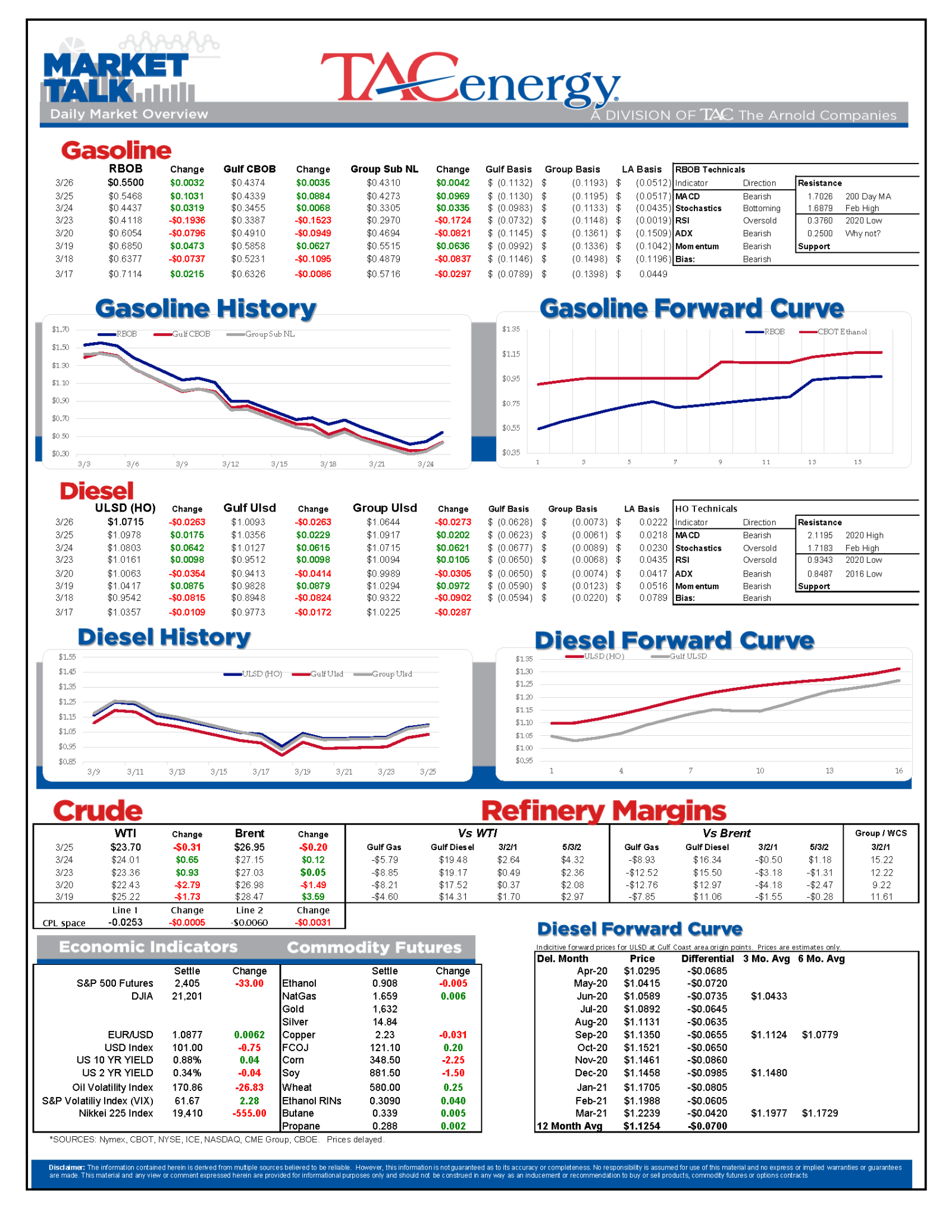 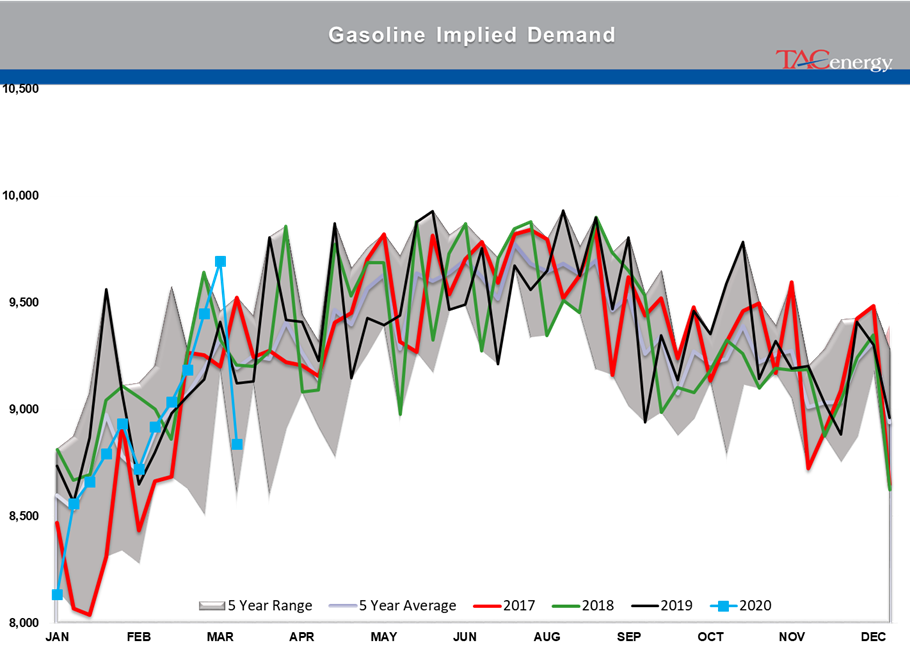 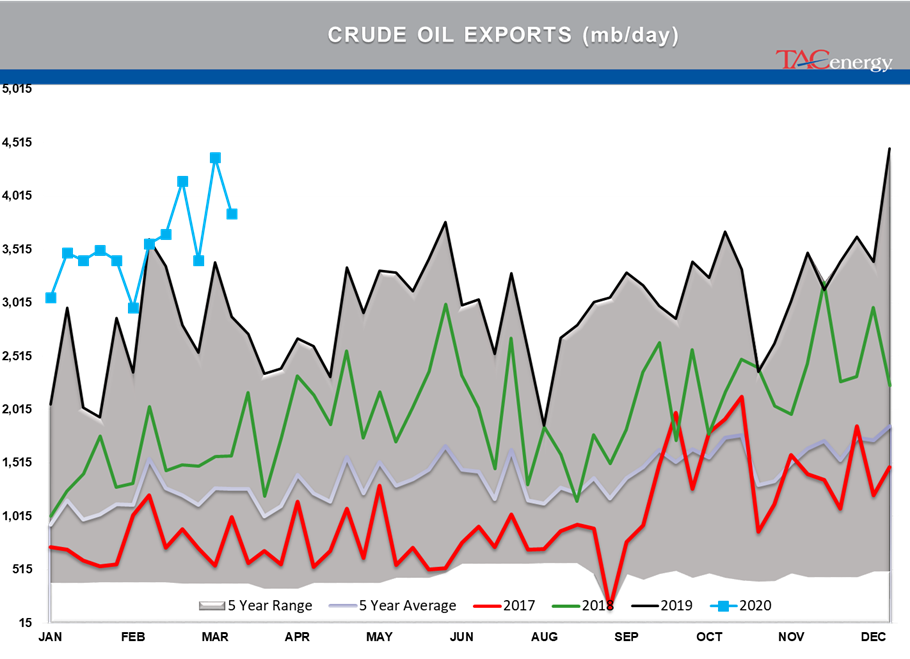