RBOB gasoline futures are trying to lead the rest of the petroleum complex on another rally this week, moving higher for a 6th straight sessions, and coming within $.0025/gallon of reaching a new 7 year high overnight. Diesel and crude oil contracts are reluctant to follow so far, and remain a few percentage points below the multi-year highs they set earlier in the month. Which contract wins the tug of war this week may well determine if the 8 month old rally can continue, or if we’ll see a more substantial pull back in prices this fall.

The Dallas Fed’s manufacturing survey for July showed another month of above average production for the state, while also highlighting the ongoing inflationary pressures many companies are facing. The report also offered a glimpse into the challenging labor market that is being felt across industries, and the country.

American Airlines is the latest in the long list of companies impacted by the driver shortage this summer, and has encouraged pilots to conserve fuel as a result. Make no mistake, it’s not a shortage of fuel -  refiners would love to make more Jet – as that product does not create a Renewable Volume Obligation like gasoline and ULSD do, and is one of the last outlets for higher sulfur blends, it’s a lack of capacity to get that fuel where it needs to go.

While there may be plenty of fuel nationwide, regional shortages are becoming more common, with the San Francisco bay area becoming the latest to see prices spike as inventories dwindle. SF diesel basis values spiked another 7 cents in Monday’s trading, adding 16 cents to those differentials in the past 2 weeks. With two of the areas 5 refineries already shutting their doors to convert to renewable diesel production, and 2 more being told last week they’ll need to spend hundreds of millions of dollars to install equipment to reduce pollution, it seems like resupply will have to come from overseas.

LA Spot values have also risen due to a pair of refinery issues in July, but are so far lagging the move this week. In normal years, we’d expect a fleet of trucks to long haul fuel to alleviate the regional shortages across the Western half of the country, but, well, you know the story.

Today’s interesting read: The wave of deal making changing the landscape of US oil drillers. 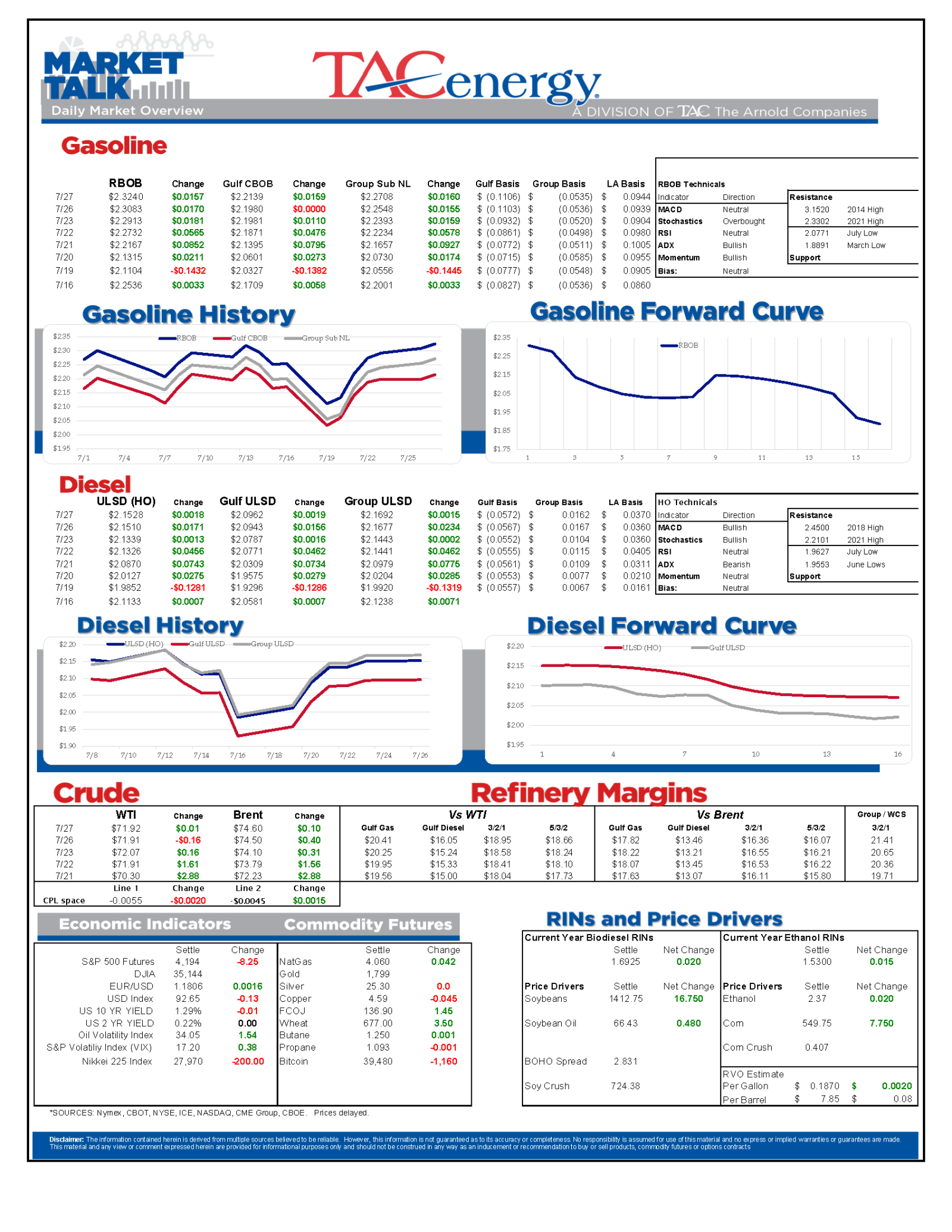 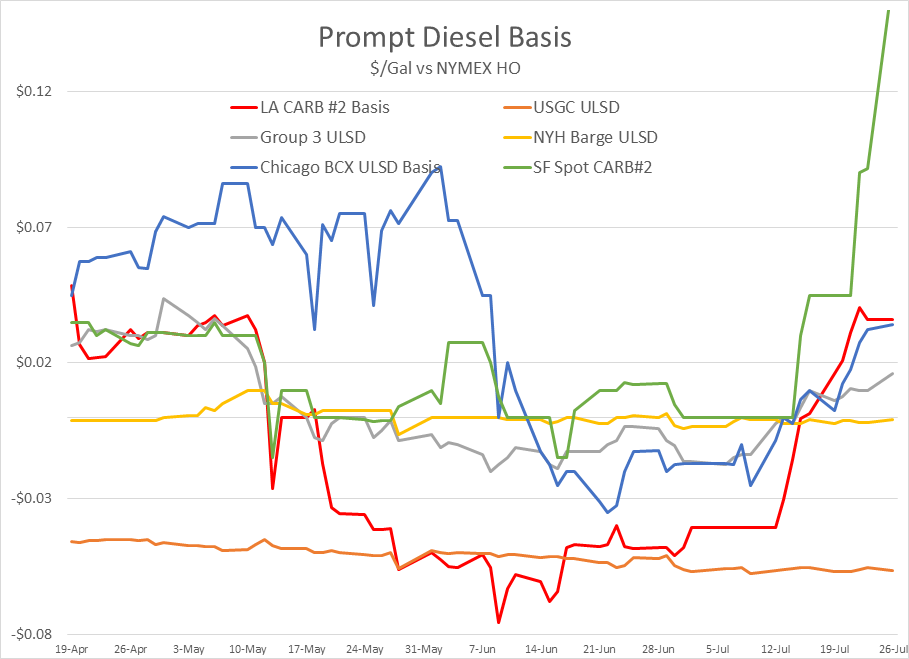