Refined products are rallying to start the week, wiping out Friday’s losses as a pair of Tropical Storms head for the heart of U.S. refining operations, and U.S. stock indices are set to rally following reports of a new COVID treatment option.

Good news, Hurricane Marco has weakened back to tropical storm status prior to making landfall on the Louisiana coast. This means we will not see a record set this week with two hurricanes in the Gulf of Mexico at the same time. Bad news is that Marco is turning along the coast instead of moving inland, which should mean heavy rains for the next two to three days to saturate the ground in refinery country just in time for Laura to show up. Laura is expected to be around a Category 2 storm when it hits land late Wednesday or early Thursday, with all of the refineries from Houston, Galveston, Beaumont, Port Arthur and Lake Charles still in the forecast cone.

Ports of New Orleans and Baton Rouge have been closed as the storms approach, and the Texas ports along the eastern part of the coast are expected to follow suit in the next couple of days. Corpus Christi’s port, meanwhile, is facing its own challenges after a dredging vessel apparently hit a propane pipeline, causing an explosion and fire that killed four people. Refinery operations in the area do not seem to be impacted, but it’s yet another disruption to import/export activities this week that are likely to cause challenges for plants trying to alleviate their excess inventory.

Baker Hughes reported an increase of 11 oil rigs drilling last week, the largest weekly gain since January, and only the second weekly increase since March. The Permian basin accounted for 10 of the added rigs, while the Eagle Ford and Williston (Bakken) plays continued to decline. Bulls will see this as confirmation that demand is returning, which is supported by some signs of diesel consumption ticking higher across West Texas, while bears will suggest the increase was driven by producers forced to drill to avoid losing their leases.

Money managers are starting to act modestly bullish for refined products, but continue to be neutral on crude oil. RBOB net length held by the large speculative trader category rose to the highest level since March, which is a counter-seasonal bet on higher gasoline prices. ULSD meanwhile saw its net position held by money managers turn from short to long for the first time since January. Both WTI and Brent saw slight declines in their net length, with the ongoing lack of interest being more of a story than the weekly change in positions. 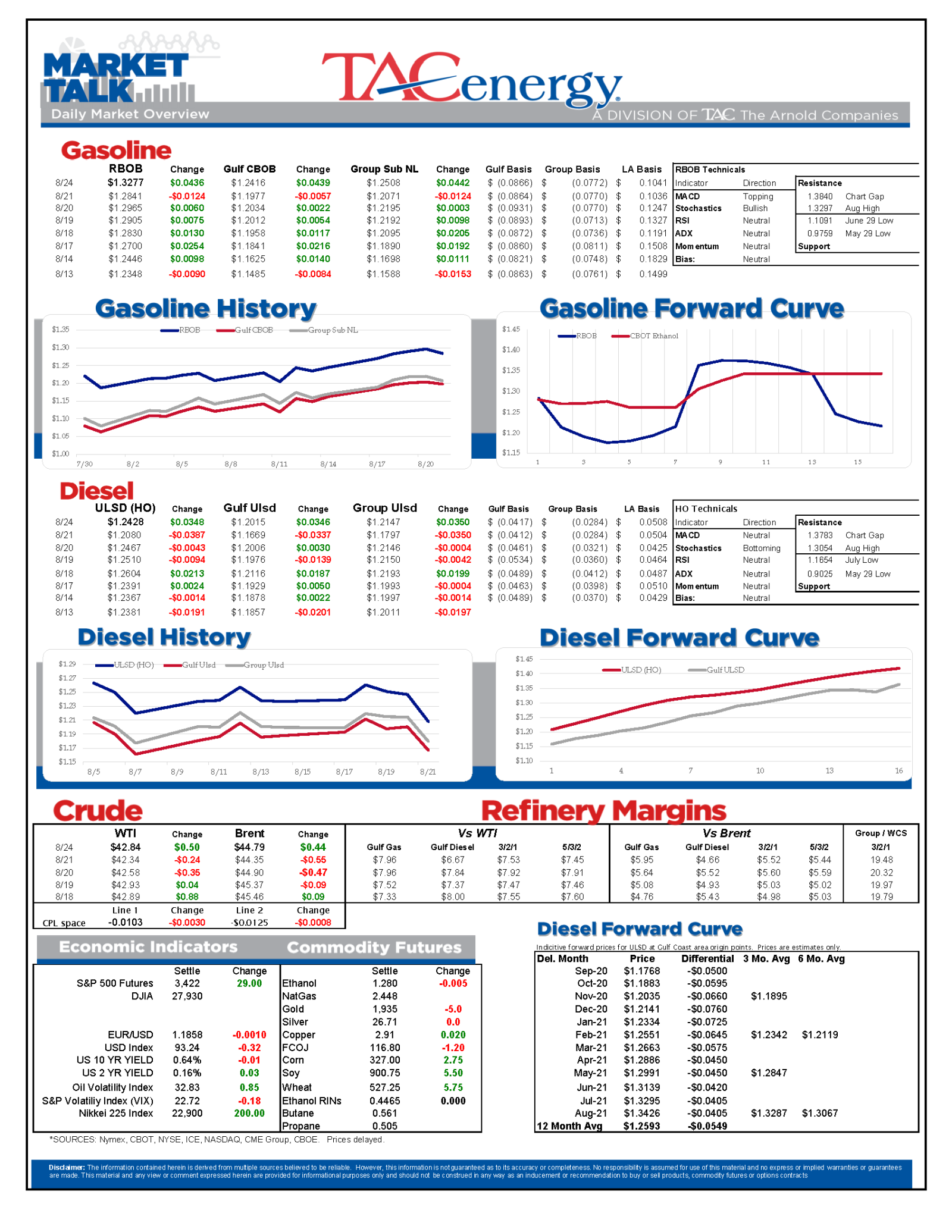 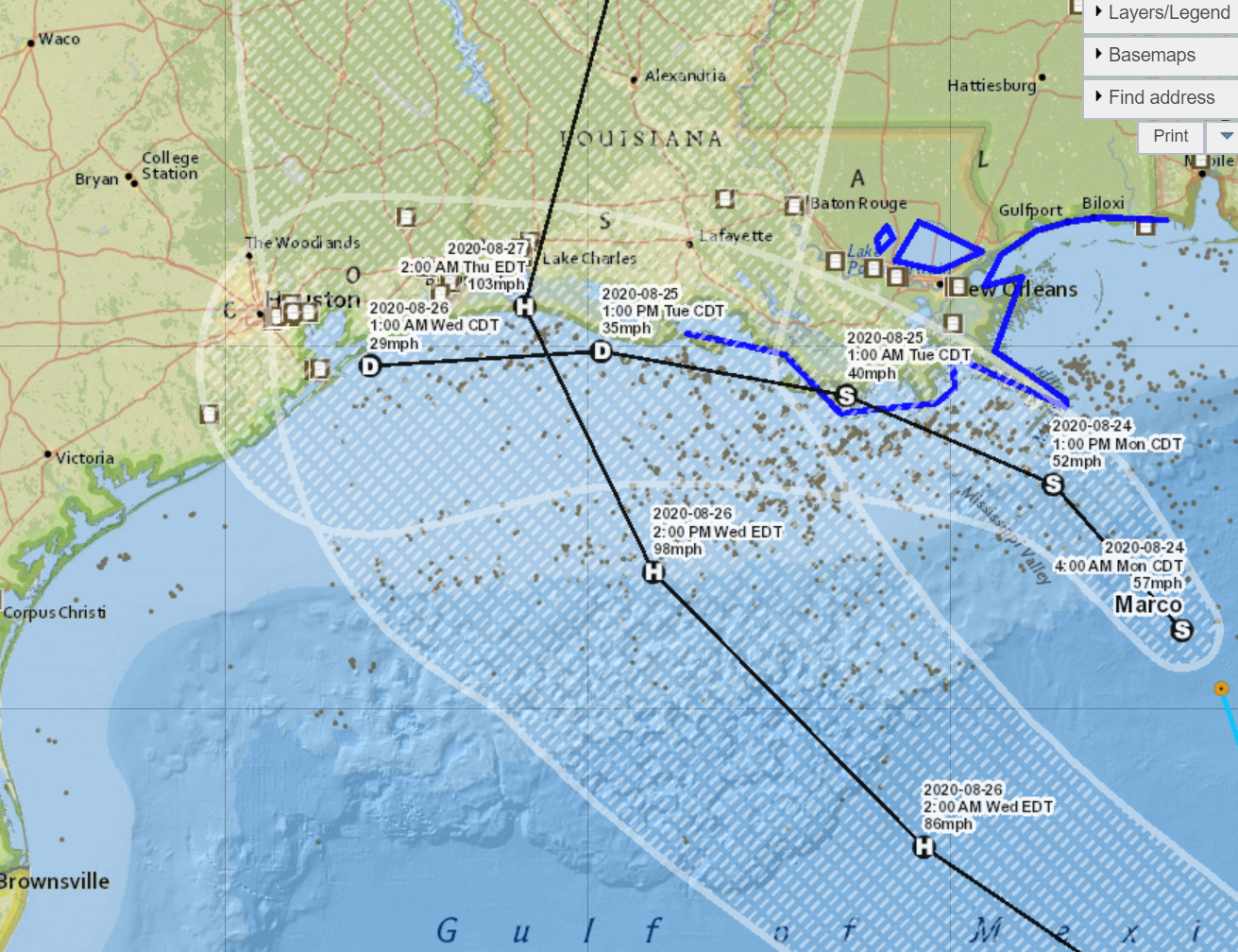 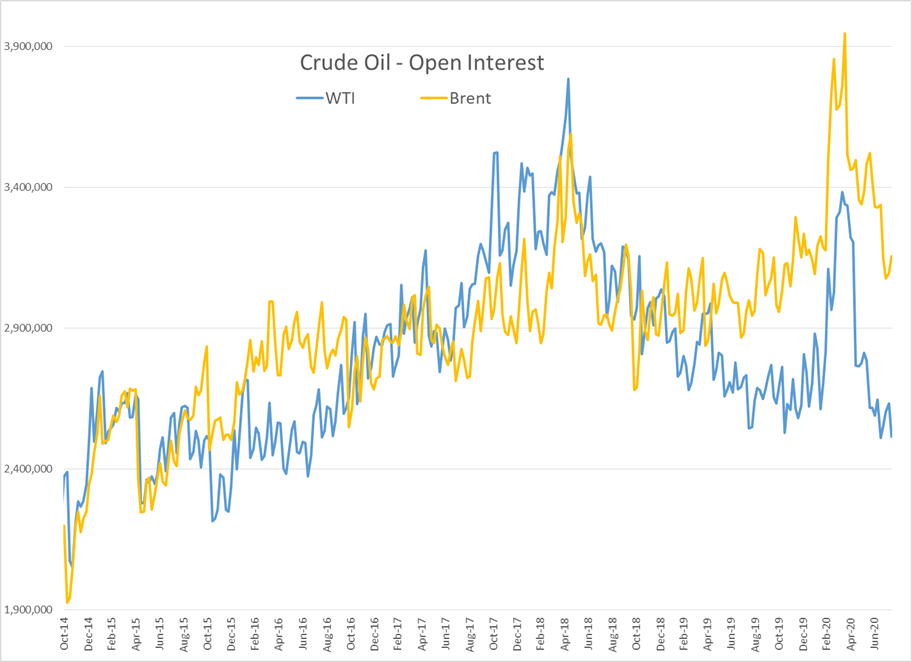