A decrease in the acceleration of confirmed cases of the Wuhan virus in China has energy futures bought up today: prompt month gasoline contracts lead the pack today with a gain of four percent, and both American and European crude oil benchmarks, along with diesel futures are up nearly three percent. The virus status update comes along with downward-revised production plans from Chinese refiners and a decreased oil demand projection from OPEC.

The Energy Information Administration published its monthly market report yesterday, noting a decrease in global petroleum demand of nearly one million barrels per day. More interesting however is the Administration basing its Short Term Energy Outlook on the assumption that OPEC will cut production levels even further than it last agreed to back in December.

The American Petroleum Institute reported a six million barrel build in crude oil inventories yesterday, accompanied by a gasoline build of one million barrels. Diesel stocks showed the only draw-down in national stockpiles at over two million barrels. The Department of Energy’s inventory report is due out at its regular time today.

Bearish production notes from China, dropping demand estimates from OPEC and the U.S., and a build in inventories seems like it should have the market reeling, not bouncing through technical resistance levels. Perhaps today we are seeing exactly how much fear of a global Wuhan outbreak was priced in to the energy market. 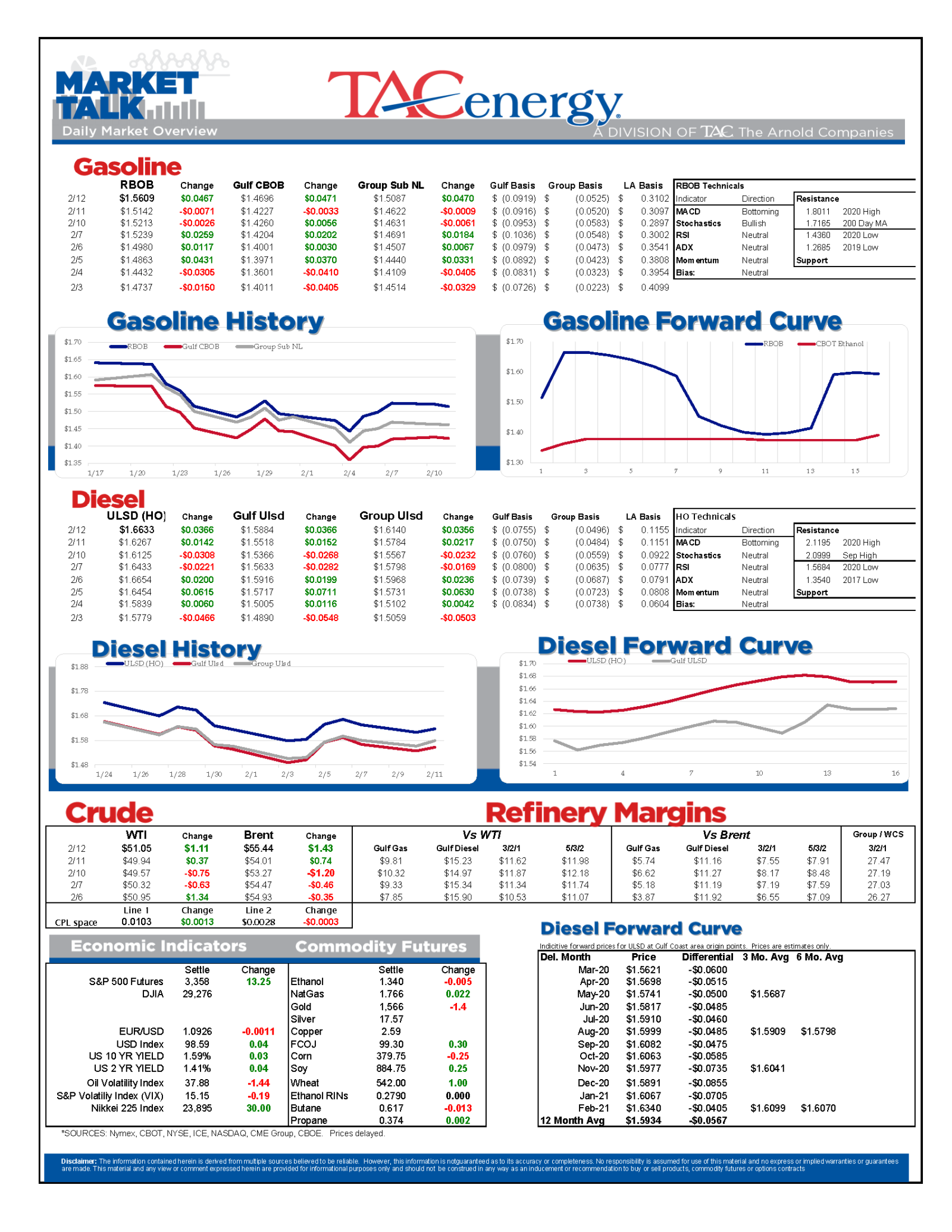 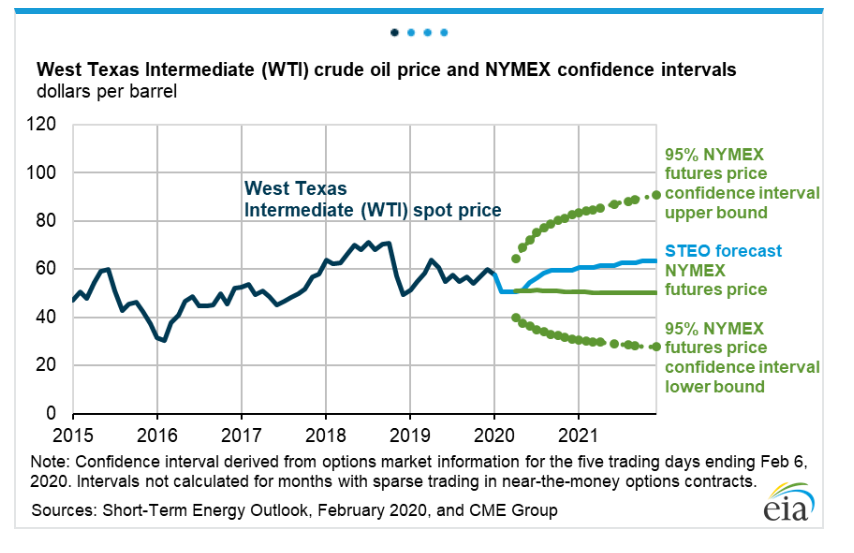 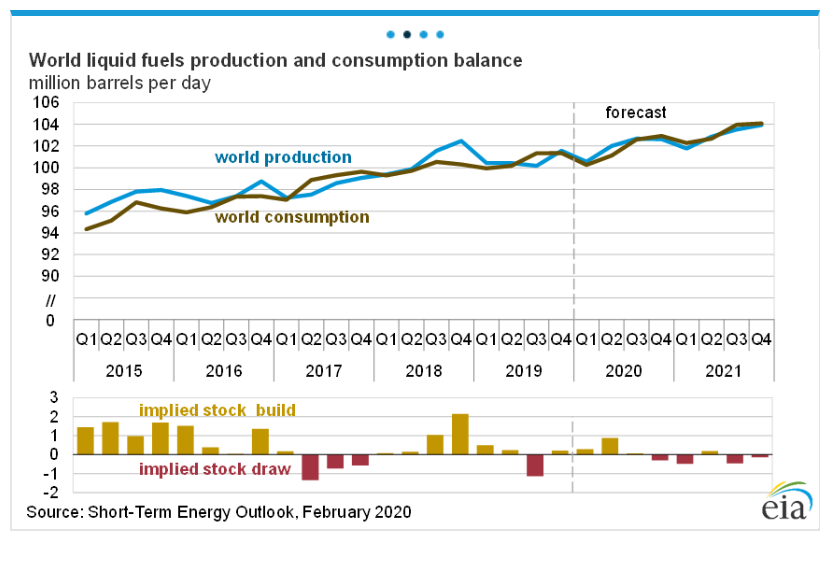