Prices Are Trickling Back Into Their Sideways Pattern

It’s another quietly red start for energy futures as the enthusiasm for some bullish headline numbers in Wednesday’s DOE report starts to wear off and prices are trickling back into their sideways pattern.   There is a chance for a technical breakout however, with product prices near the top of their recent range following a strong couple of days, but we’ll need to see RBOB hold above $1.65 and HO above $1.97 before confirming the chance for a substantial move higher.

Although across-the board inventory declines were enough to spur a solid 1-day rally, that enthusiasm may be tempered by a large increase in refinery runs that suggest US plants have made the seasonal turn out of fall maintenance, and production rates should increase for the next 8-10 weeks.  That increase in refinery runs was most notable in PADD 5 (West Coast) where rates have gone from below the low end of the 5 year seasonal range, to above the high end in just 3 weeks, which is no doubt to the drop of $1/gallon in CA gasoline prices in October.

Diesel inventories across most of the country remain tight, with the nationwide Days of Supply calculations holding below their 5-year seasonal range for a 2nd straight week.  The East Coast looks to have the most concern after PADD 1 stocks dropped for a 5th straight week, which has pushed NYH basis values higher, and sparked a resurgence in activity for space on the Colonial pipeline.

Although total US gasoline inventories have declines for 4 straight weeks, they remain above their 5 year average for this time of year.  With refinery runs cranking back up, and the seasonal demand slowdown looming, it’s becoming hard to make a fundamental argument for stronger gasoline prices over the next few months.

The EIA published a look at US product exports this morning, highlighting the continued growth in refined product sales overseas.  The product mix is worth noting however as gasoline exports have declined this year, while the bulk of the growth came from sales of propane. 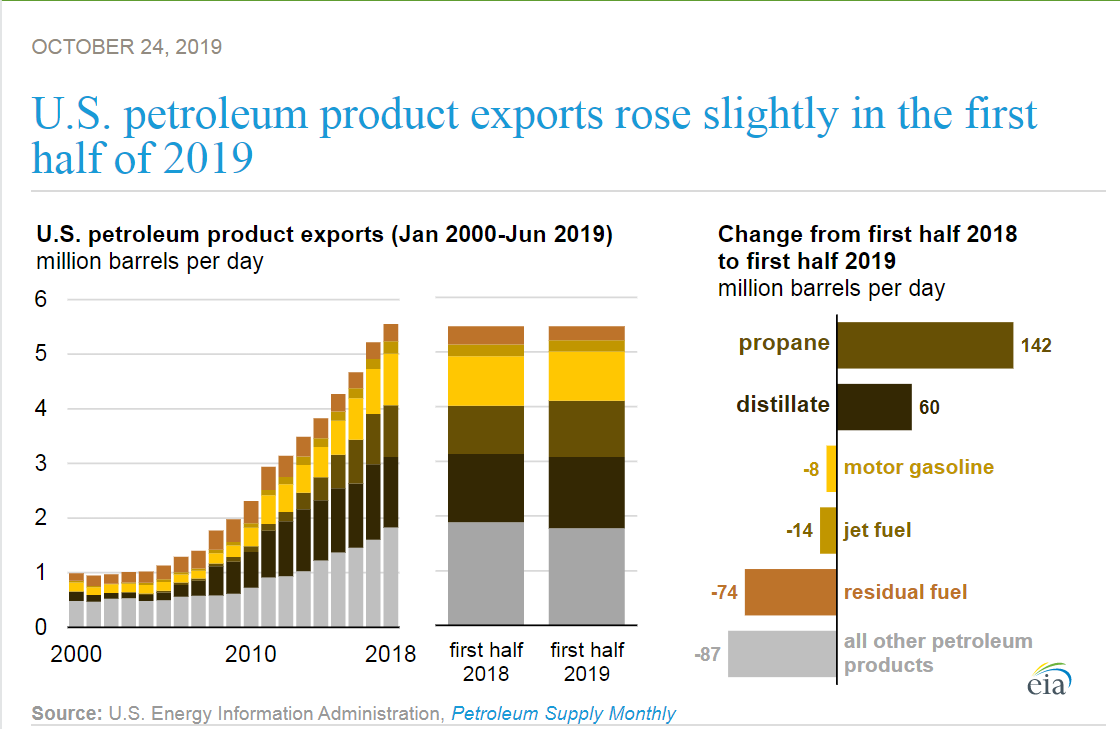 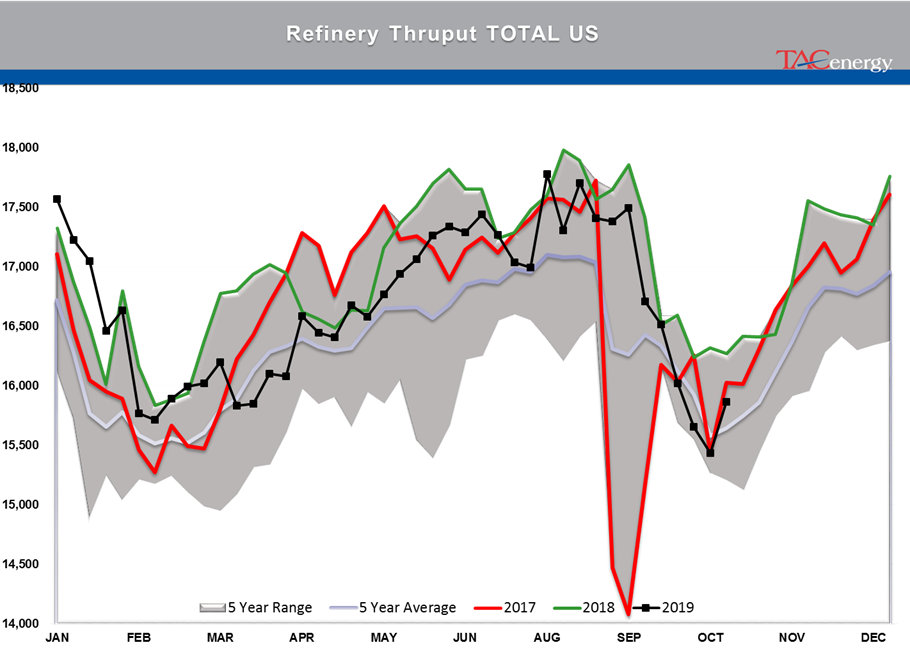 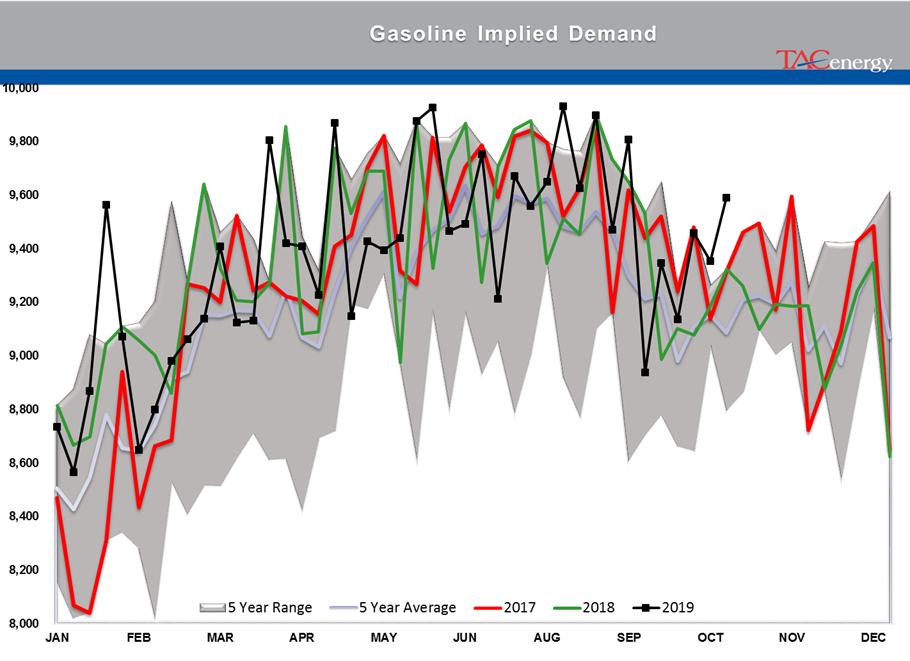