Presidents’ Day 2019 is kicking off with a relatively slow start in energy markets this morning. The ‘big three’ benchmark contracts are showing modest upside bias but will likely end today’s abbreviated session quietly as most American traders have taken the day off. Refined products are bouncing around unchanged while WTI opts to add about 50 cents. The European benchmark, ICE’s Brent Crude Oil, is lacking conviction in its upward move as well, only adding 15 cents to its prompt month contract so far this morning.

Baker Hughes reported an additional 3 oil production rig startups last week, bringing the total operating count to 857. The ~2 month long rally in crude prices can be loosely attributed to the “whatever it takes” strategy OPEC has employed to prop up weak benchmark prices: slashing production runs in member nations, including the cartel’s main player Saudi Arabia. Somewhat of a wildcard when it comes to production strategy (and most other things too), Russia claims to be accelerating current cuts to boost prices as well.

After last week it appears that the spring rally in gasoline prices, and the energy complex by association, is in full swing. Most technical indicators are flashing green for RBOB futures as they have pushed through the upper end of the trading range they have been captive to since December. Technical resistance levels are the challenge this week, specifically today and tomorrow, as the front month contract trades up to the 100 day moving average this morning. Since there won’t be a settlement today, traders have two days to decide if gas prices are going to break above resistance and take a shot at last summer’s prices. Peg $1.58 as the pivotal price level, with $1.64 as the price target if the former can’t hold the rally. 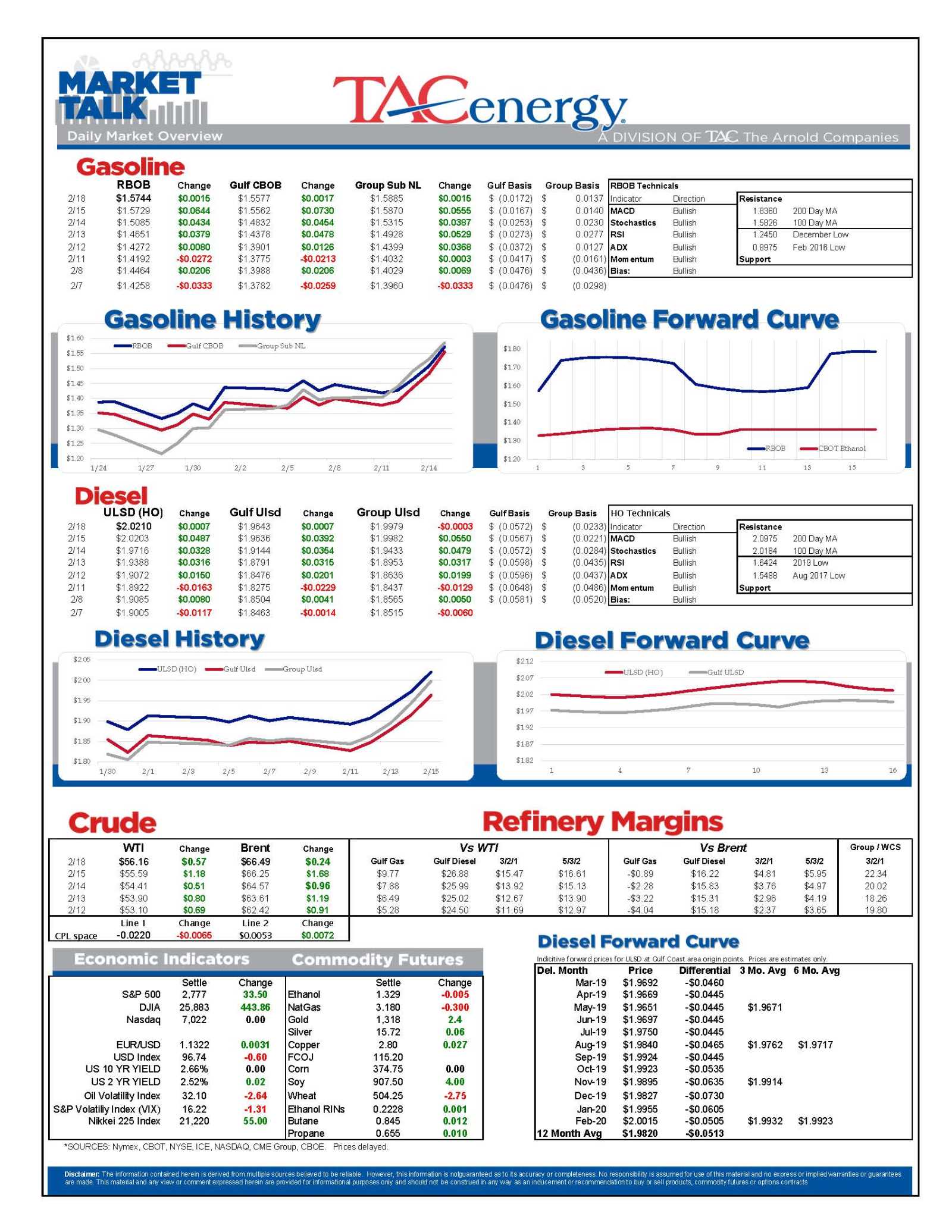