The big story this morning is a report that the President is considering giving refiners relief from the RFS has refined products down around a nickel, as several options appear to be on the table to burst the RIN bubble, a day after they reached yet another record high. The big drop on what amounts to a rumor may seem dramatic, but for those that lived through the RINsanity trade of 2013 when EPA relief knocked credits from $1.40 to $.20 in just a few months, the reaction makes a lot more sense.

One detail from the report that seems to make it more likely that the EPA will act:  It’s 2 democratic Senators leading the discussions with the EPA, as they seek ways to save their state’s lone refinery.

D4 Bio RINs traded up to $2.05 yesterday, while D6 ethanol RINs topped out just under $2.00. Early action in the OTC market suggest we’ll see a drop of at least 15 cents in those prices today with D6 RINs already for sale at $1.85 while bids are 10 cents lower than those offers.

News that the U.S. had lifted sanctions on some individuals and companies in Iran briefly sent prices sharply lower in Thursday’s session, but those losses were quickly erased after it was clear that the majority of sanctions on the country were still in place, and that it was unlikely any new oil would find its way to the market as a result of this change. There will probably be headlines suggesting the lifting of those sanctions is the reason for the pullback in prices today, but given that refined products are down almost 2% while oil prices are flat, this seems to be driven by the RFS story, and not anything to do with Iran.

If the administration does change the RFS, that could very well break the bullish trend for refined products, and the charts suggest we might quickly see another 20-30 cents of downside as a result. On the other hand, fundamentally this could be bullish for Crude as it offers relief to the only real buyers of crude oil. The RVO value before today’s drop was $.23/gallon, so we could see much of that value come out of products, without changing the price of crude and refiners would effectively break even. Until we see some actual action from the EPA however, that strong of a move seems unlikely, and with the Supreme Court scheduled to make a ruling on the RFS small refinery waivers soon, it seems likely that the EPA may take a wait and see approach. 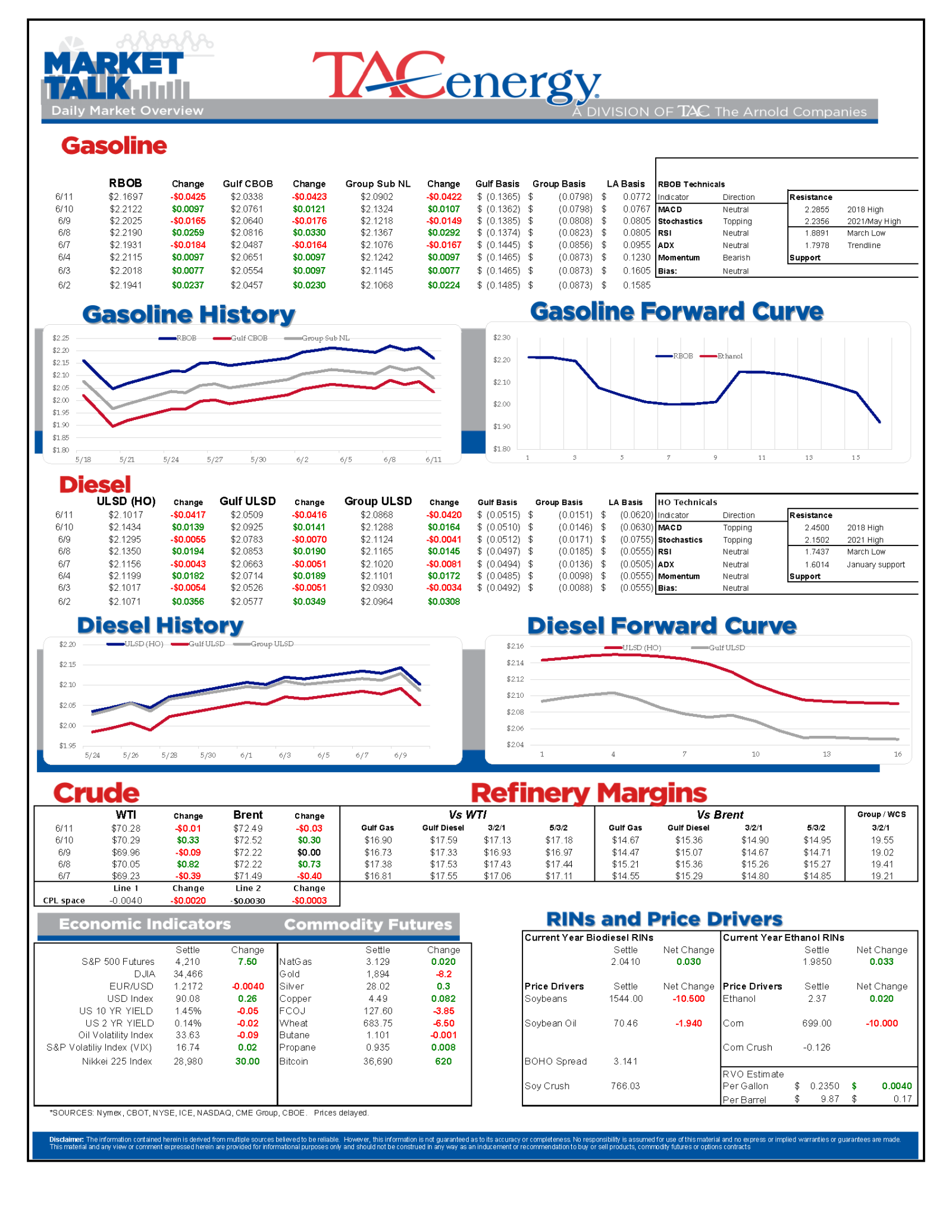 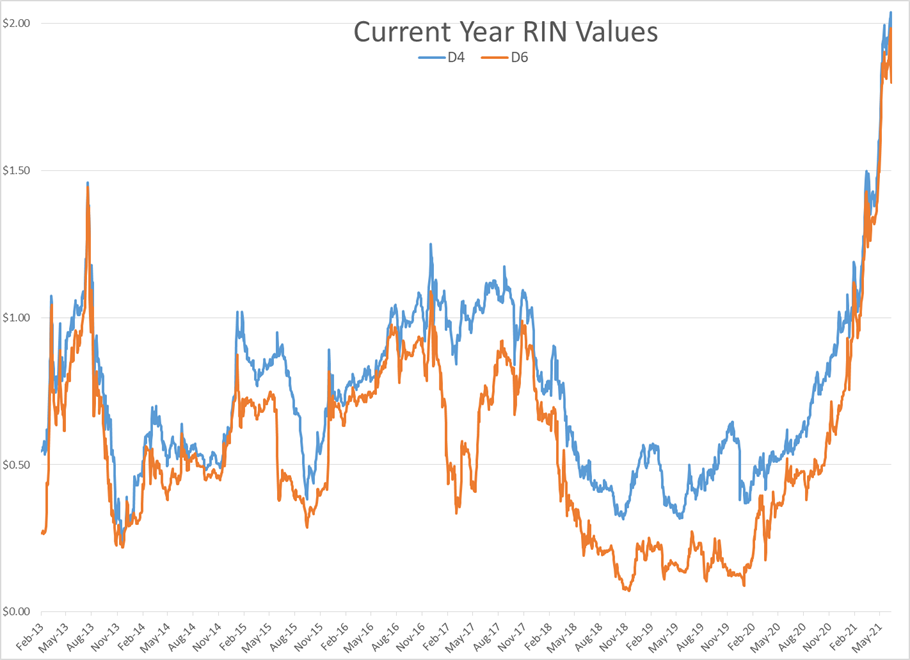