The rollercoaster ride continues for energy markets as big pre-holiday gains were wiped out in the first few hours of post-holiday trading, only to see refined product prices bounce three cents in the past hour.

While energy markets continue to swing back and forth, equity markets are pointed sharply higher with the DJIA and S&P 500 both pointing to record highs this morning, celebrating a strong March jobs report, which wasn’t too strong as to encourage the FED to think about raising rates.

OPEC and its allies agreed to a gradual increase in production last week, predicting stronger demand this summer while trying to avoid flooding the market too soon. That announcement was seen as bullish since the cartel was showing restraint and not returning more of its idle capacity to the market even with prices back to pre-COVID highs.

The U.S. and Iran are returning to the negotiating table, via intermediaries, for the first time in three years. That slight bit of progress is getting some credit for the early wave of selling since it could eventually lead to more Iranian crude hitting the market that’s trapped by sanctions today.

Baker Hughes reported an increase of 13 drilling rigs last week as the industry continues its slow and steady recovery. Unlike most weeks where the Permian basin accounts for the majority of the drilling activity, last week the gains were spread out across numerous states like Colorado, Utah, Oklahoma, Pennsylvania, and offshore in Louisiana. Even though we’ve seen more than 150 rigs put back to work since the count bottomed out last summer, we’re still roughly 300 rigs shy of where we were pre-COVID, and just over the lowest levels from the previous oil price crash.

Money managers look like they weren’t enjoying the rollercoaster ride for energy prices, reducing their long and short positions across the board last week. There was more short covering in most contracts causing the net length held by the large speculators  to increase slightly on the week for WTI and Brent.

There will be plenty of debate in the weeks ahead on the $2 trillion spending bill proposed, particularly around the renewable energy components included. Most of the funds so far seem focused on expanding capacity for renewable electricity generation and transmission, but expect transportation fuels to become part of the debate.  The White House has already reportedly instructed the EPA to review whether fuels used to power EVs could qualify to generate RINs under the RFS, which will no doubt be hotly contested. 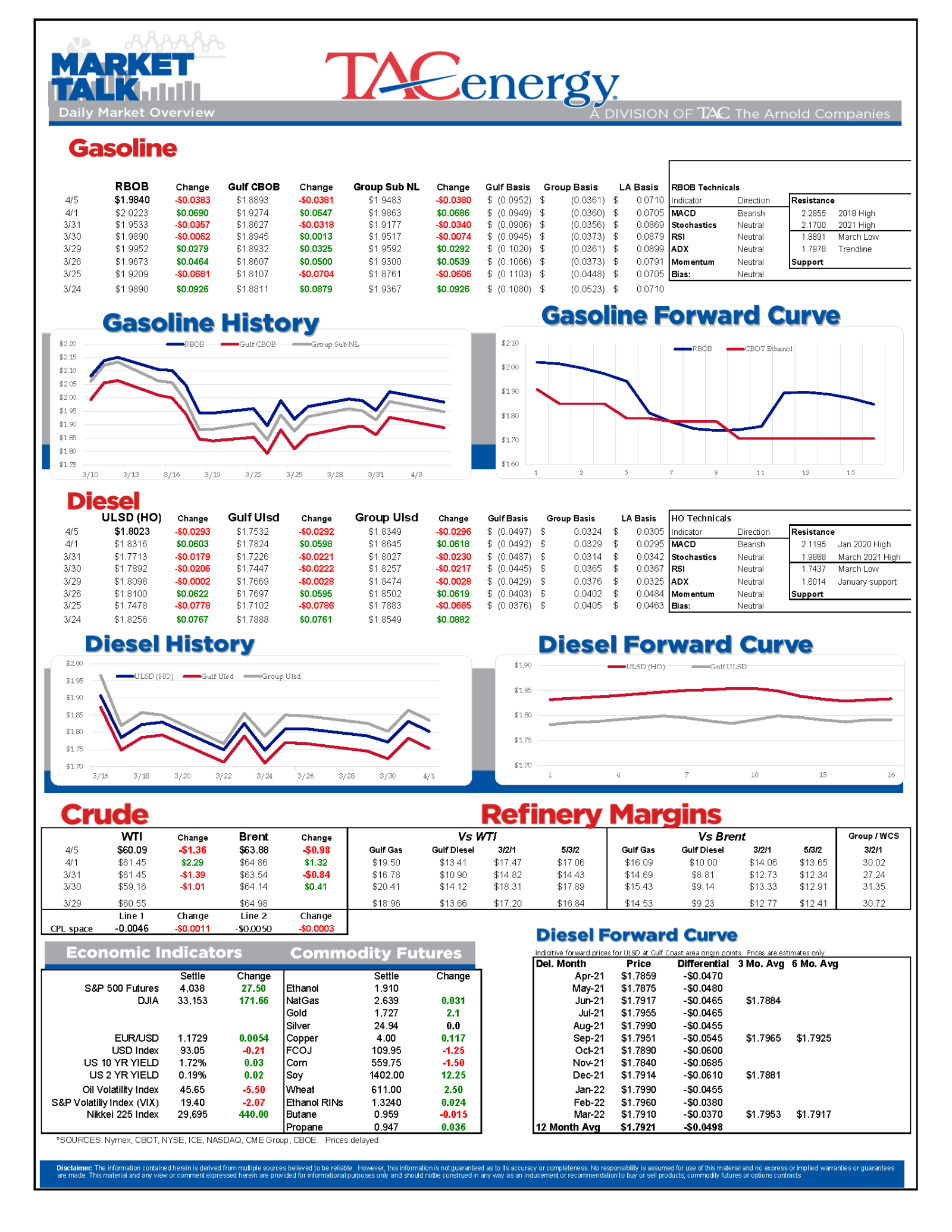 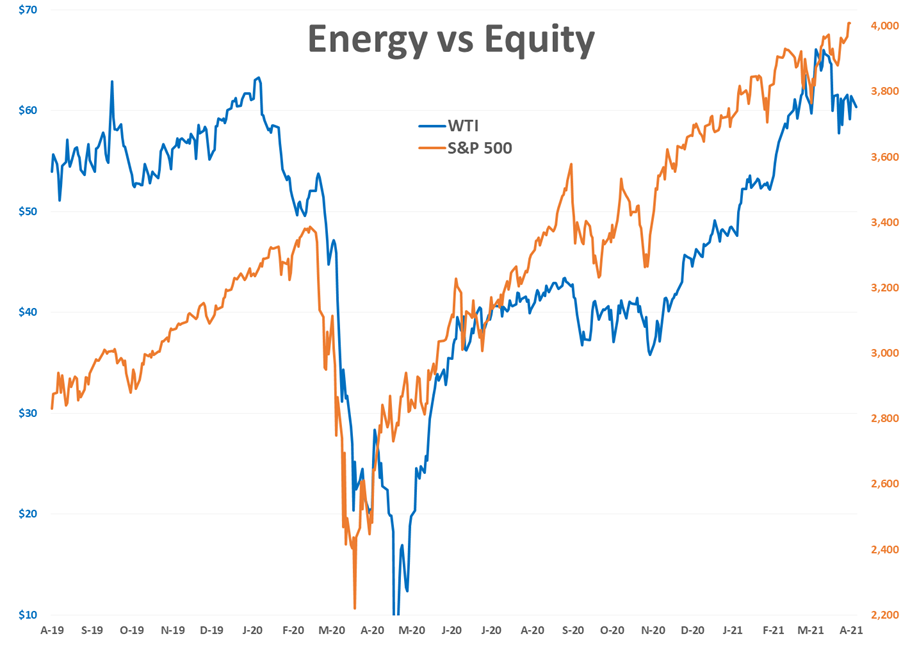 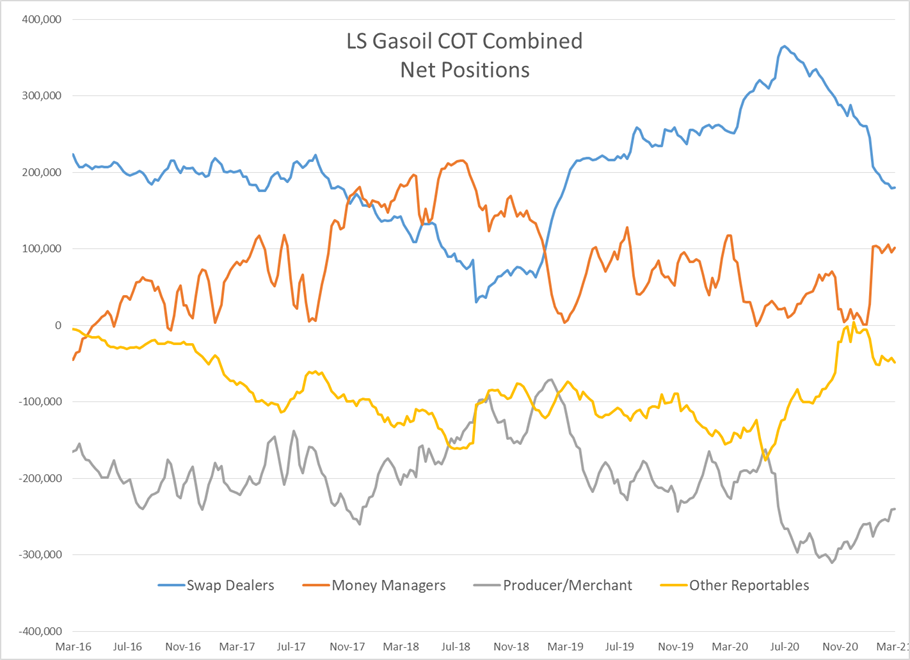