Political Theatre In Washington This Week

As long as the trend-lines hold, the charts favor a run at $55 for WTI in short order, which should pull RBOB futures north of $1.60, and ULSD (which broke $1.60 overnight for the first time since February) towards $1.65.

The entire complex remains overbought, and due for a more substantial correction at some point, but as we’ve seen the past two weeks, the bulls are still eagerly buying any dips and keeping that trend line in place.

Plenty of political theatre going on in Washington this week, and while the news channels are focused on impeachment, the action for energy markets may be coming via the EPA. Yesterday the agency announced a new final ruling on how greenhouse gas emission standards may be set under the Clean Air Act.  Opponents see this as another last-minute attempt by the outgoing administration to complicate efforts to change policies by the incoming group, while proponents see this as just another step to limit the red tape in the EPA, which is seen by some as a major victory in the past four years. There is also an unsubstantiated report this week that the EPA may issue new small refinery waivers for 2019 – even as that issue is scheduled to go before the Supreme Court in a few months – which seems to be contributing to the pullback in RIN values.

The API reportedly showed a draw in crude oil inventories of 5.8 million barrels last week, but builds in gasoline (1.9 million barrels) and distillates (4.4 million barrels). The DOE’s weekly report is due out at its regular time today. We may see some re-stocking on crude inventories in the new year, and demand will be watched closely as we just went through our worst couple of weeks for consumption by several accounts since the COVID lockdowns in April. 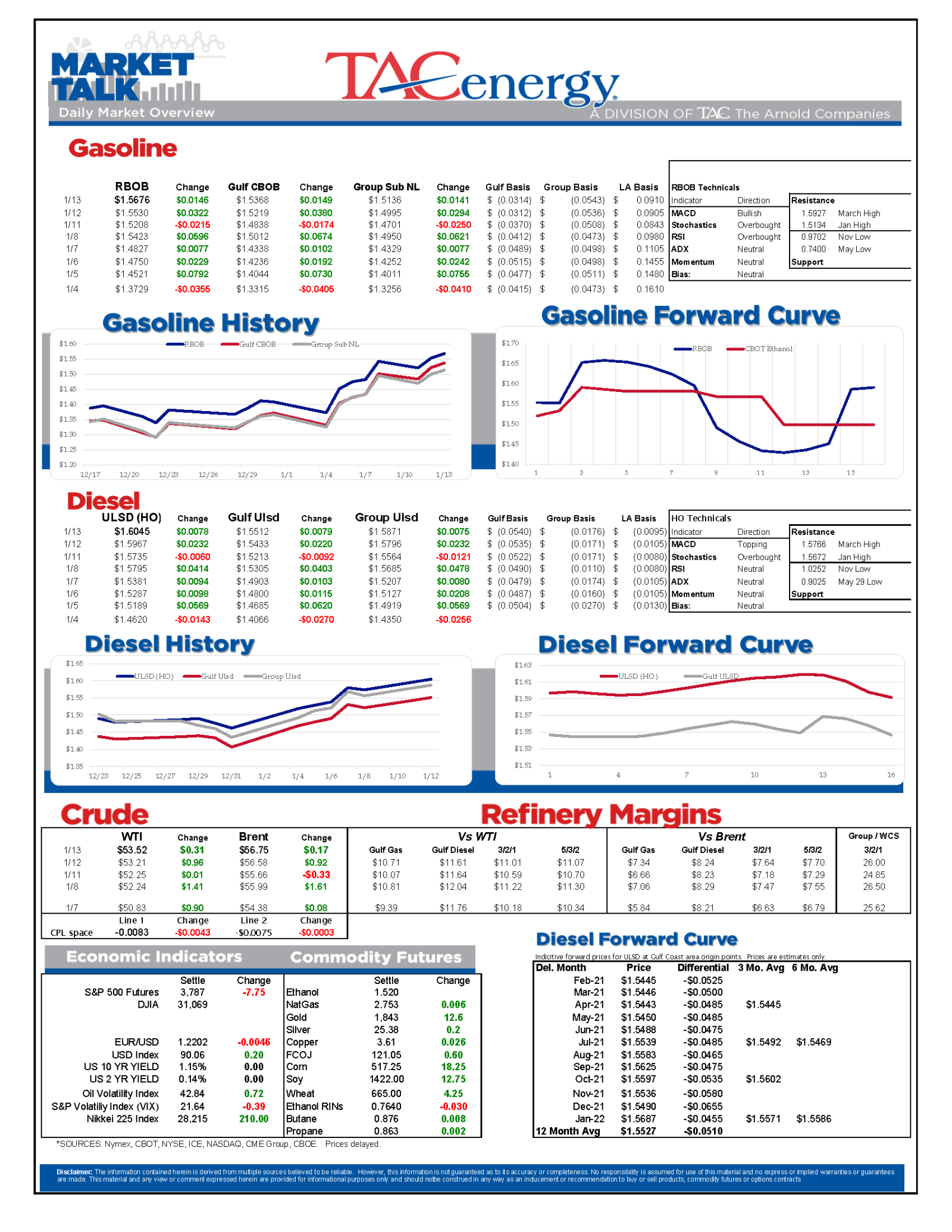 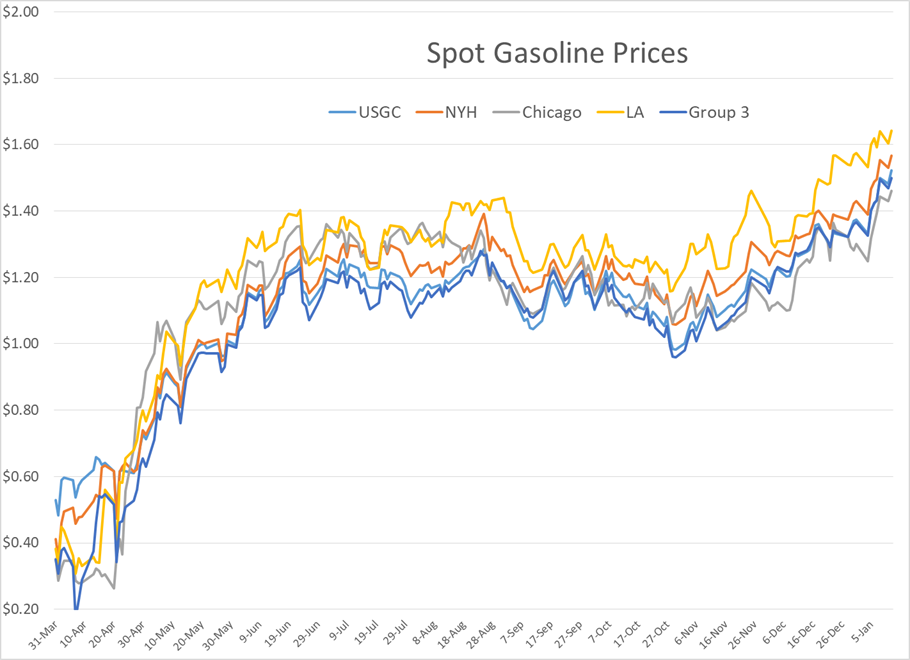 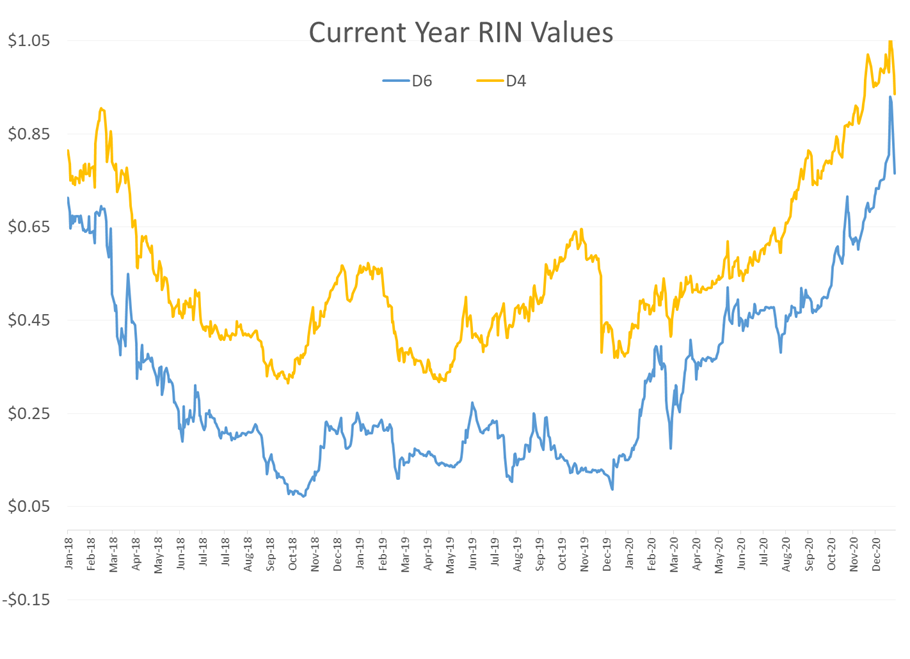