It’s another choppy start to trading for the week as energy futures rode a roller-coaster overnight and have left the complex with mixed results in the early going.

Prices moved higher just after midnight following reports that Saudi Arabia would make additional output cuts, but gave up those gains in the early morning trading, only to rally a second time right at 8 a.m. Eastern. It’s not yet clear what drove the second buying spree that pushed oil up one dollar/barrel and products up two cents/gallon in just a couple of minutes, as the timing doesn’t fit the Saudi story or the latest Iranian missile debacle, and equities are still holding in negative territory for the day.

This appears to be a pivotal week for price action as WTI, Brent and ULSD all look like they could have lots of room to move higher on the charts, IF they can break above their May highs. Meanwhile, RBOB gasoline has already broken through to new highs this morning, and looks like it could have 30 more cents of upside in the next few weeks, appearing to be the most bullish of the energy contracts as driving is suddenly once again in style. Both ULSD and RBOB contracts are flashing over-bought warning signs after two weeks of strong gains, so a sharp sell-off can’t be ruled out despite the optimism on many fronts. This technical test seems to mirror the big what-ifs fundamentally impacting energy markets, primarily surrounding whether or not states are reopening too soon.

Money managers continue to add modestly to net length in both WTI and Brent, although WTI’s increase was driven by new long positions being added, while Brent’s was mainly due to shorts positions being liquidated. Although the WTI net length held by large speculators is in the middle of its five-year seasonal range, that combined bet on higher prices is now at its largest level in the past year. The managed money category of trader hasn’t seen much change in refined product holdings over the past month with diesel futures holding slightly in net-short territory, while RBOB sees below average net length.

As more data comes to light on the WTI price crash on April 20, it’s becoming more clear that there were numerous traders, and brokerages, involved that did not know what they were doing. 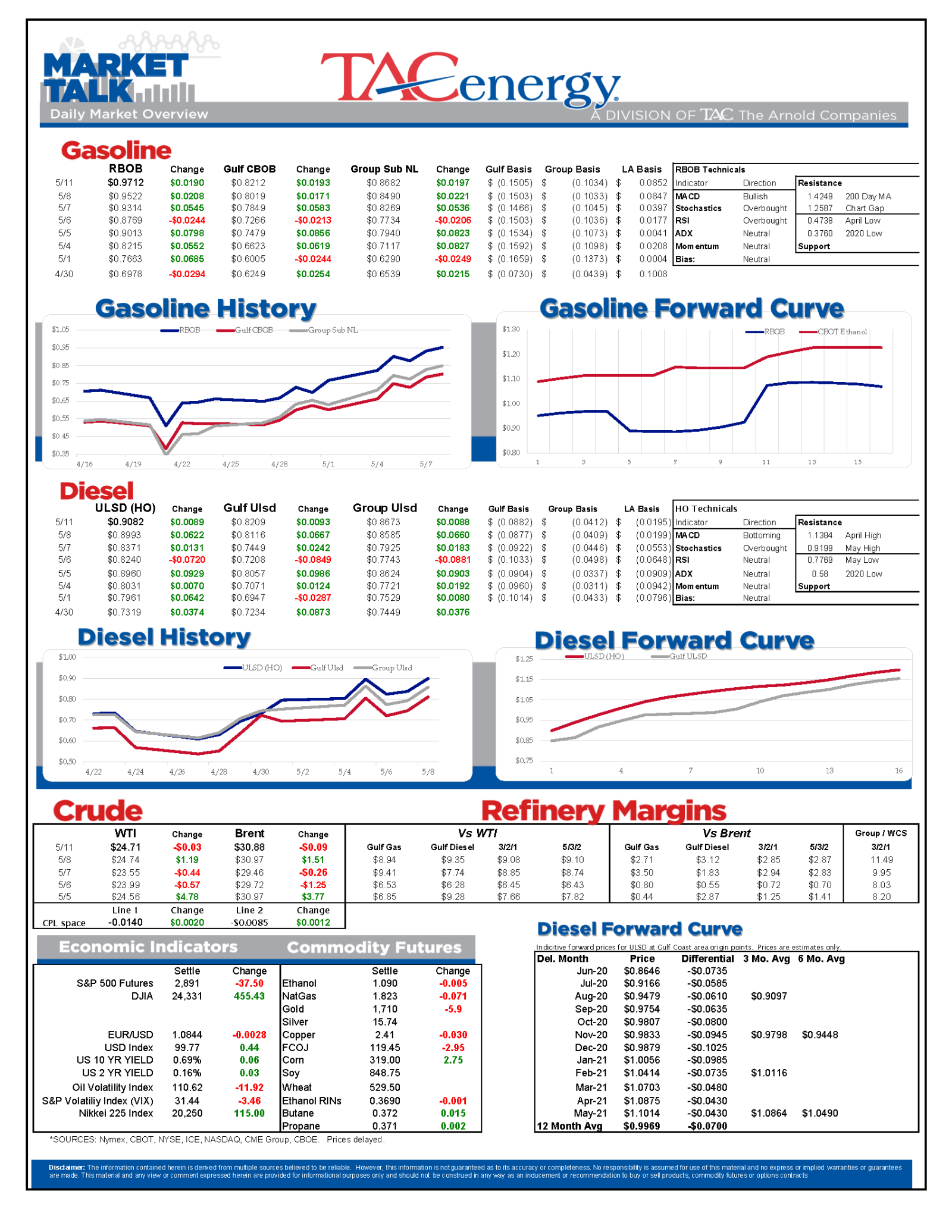 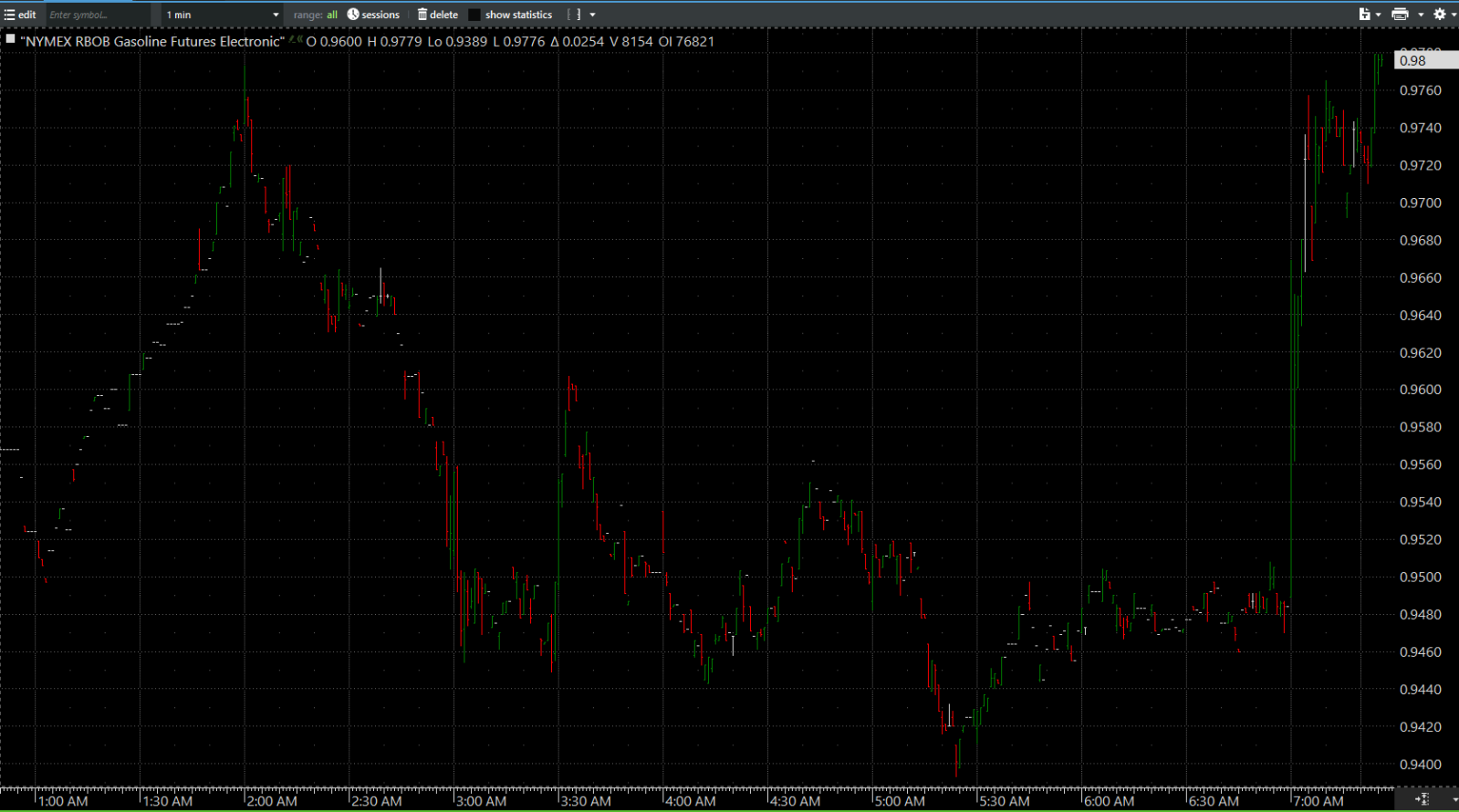 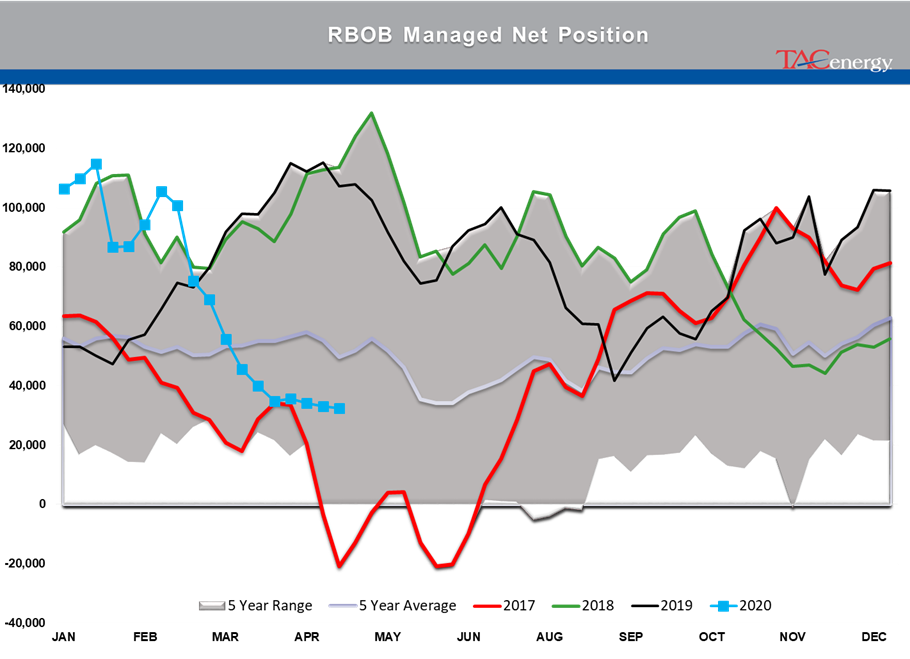